The Person of the Year Award was first awarded in 2007 by Snowshoe Magazine to honor an exemplary member of the snowshoeing community. The first recipient of this award was Cindy Brochman, a devoted snowshoe racing competitor, event organizer, outstanding athlete, and advocate for our beloved sport of snowshoeing. In 2009, the award was renamed to remember Cindy, who sadly passed away from liver cancer.

Today, the Cindy Brochman Memorial Person of the Year honors an individual that embodies Cindy’s passion, dedication, and advocacy for the sport of snowshoeing and commitment to fitness and healthy living.

Nominations for 2023 are currently open! We are excited to present the 2023 award in collaboration and sponsorship with Performance Medicine®, 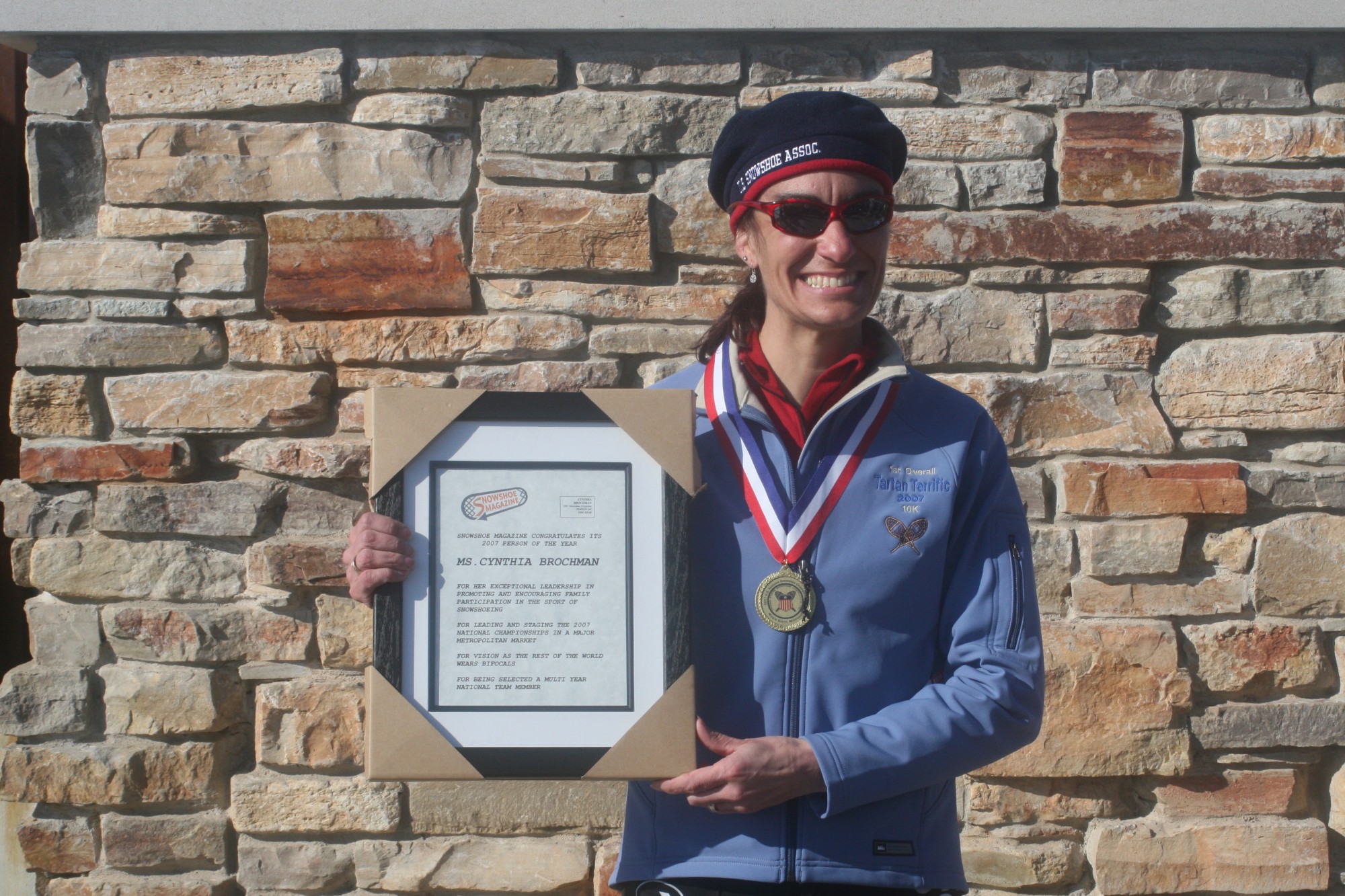 Please complete the form below to submit a nomination for yourself or another individual who personifies the sport of snowshoeing and fitness.

Nominations will close on Sunday, February 5, 2023. A team of industry professionals will review all nominations to select the recipient of the 2023 award. The award winner will be announced on March 2, 2023.