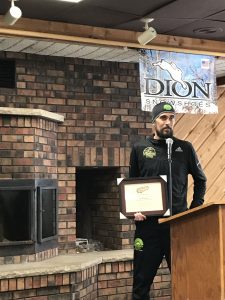 “It is a sort of poetic justice that Eric’s first appearance in a USSSA National Championship occurred at Cable, Wisconsin in 2011,” said United States Snowshoe Association Sports Director Mark Elmore, “and now he wins the Cindy Brochman Memorial Snowshoe Magazine Person of the Year at these 2019 Cable championships.”

The popular Hartmark also won that 2011 National Championship by just eight seconds over Iowa’s Scott Gall. Gall ultimately returned the favor at the Wisconsin Nationals in Eau Claire in  2015. He beat both Zachary Rivers of New York, along with Eric Hartmark to take his first national crown.

Exceptional Dedication To The Sport of Snowshoeing

Hartmark won the 2018 USSSA National championships, a 10km distance, in 1:00:31. An hour? How did that happen? Just before the start of the race, the deepest snowstorm ever for a USSSA weekend occurred. However, Eric seems nonplussed about the various challenges thrown his way. Perhaps “Just deal with it” is a working and racing motto for him. 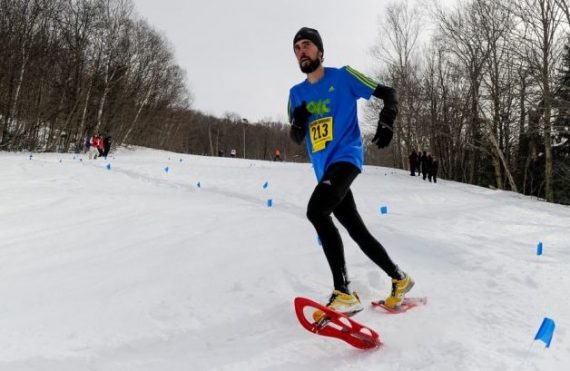 These championships are only a fraction of the races Eric runs throughout the season, and his dedication to snowshoeing and racing does not go unnoticed. USSSA Director Mark Elmore explained, “No one has shown more dedication to our sport over the past ten years. Eric has earned five [now six] USSSA National Snowshoe Championship titles, all in the 10km distance. He also placed second twice for the silver medal while finishing with the bronze just once. So, in eight [now nine] consecutive appearances at the national championships, he’s never finished off the podium.” 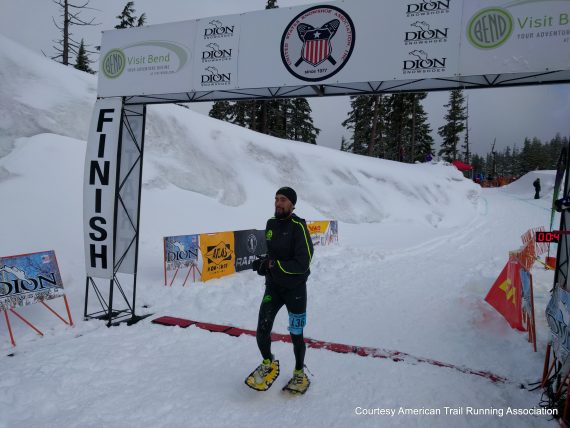 Earlier this season, once again Hartmark led a deep field at the 2019 Phillips Flurry Snowshoe Races in Phillips, Wisconsin, with a course record of 40:52. It’s true: Wisconsin reigns as the hotbed of snowshoe racing in the Midwest.

Hartmark joins two-time champion Greg Hexum in bringing these championships to their hometown of Duluth, Minnesota.

Hartmark also covers the snowshoe circuit such as the annual Boulder Lake Snowshoe Stomp north of Duluth, which attracts some of the best in the Midwest.

Compete Against Top Athletes Around the Globe To Challenge The Limit 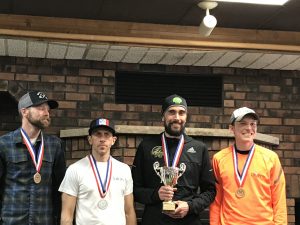 Along with races in the United States, Hartmark has traveled the globe to compete in elite snowshoe races. Elmore expands on Hartmark’s global snowshoeing noting, “At the World Championship level, he has represented the US and our sport in four different World Championship events. Eric has traveled extensively on his own funds to challenge himself against the best snowshoe athletes in the world today. He competed in Quebec Canada in 2012 and took home the silver medal for a runner-up finish.

In 2013 he competed in the La Ciaspolada event in Italy and had a particularly rough day.” Well, yes, he was run over at the start with a resulting face plant, then stepped on by a snowshoer running directly over his back. But, a few bad snowballs don’t stop a champion. “He finished nonetheless, which is the mark of a true champion.  In 2014 he traveled to northern Sweden and finished seventh overall. 2015 found him in Quebec City, Canada, where he took eighth overall in a very deep field. So, in four races, he made the podium three times.” 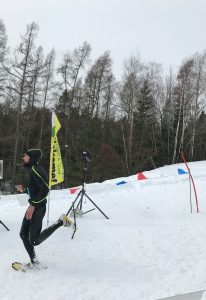 In 2016 Northern Lites Snowshoes, Richmond, Wisconsin, selected Hartmark as one of their four sponsored athletes. Jim York, co-owner of the company, shared this with me. “He came to us with an impressive background as one of the premier snowshoe racers on the national stage. At the Perkinstown Tramp Snowshoe Race in January 2016, we met Eric for the first time and discussed having him run on Northern Lites Snowshoes.  One of the best things about being a small part of the sport of snowshoeing is all the great people you get to meet.”

Friend and coach, Kelly Mortenson, had this to say: “Eric is a fantastic choice as the 2019 Cindy Brochman Snowshoe Magazine Person of the Year.  Since winning his first year snowshoeing eight years ago when Cable last hosted the U.S. National Snowshoe Championship, Eric has claimed four [now five] more championship races, becoming the most successful snowshoe racer in the last ten years.  It’s only fitting Eric receives this award at the same location as his first National Championship.  Eric has been a great ambassador of the sport and of Northern Lites Snowshoe Company.”

Kindness Shown Towards Individuals On and Off the Trail 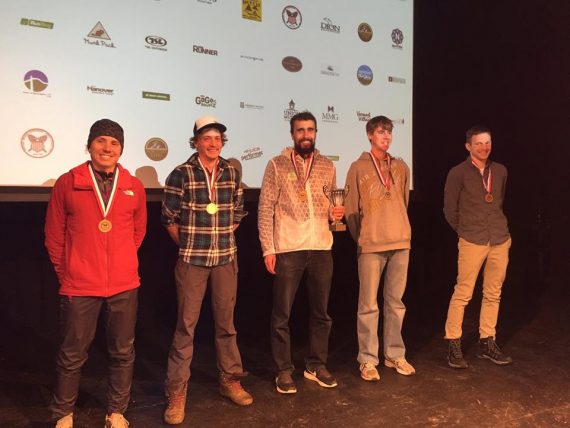 So what makes Eric Hartmark stand out in a crowd of top athletes? York continues, “Even though he is one of the premier athletes in the sport of snowshoeing, he is a humble and unfailingly gracious man of impeccable character.  While he is a fierce competitor, he never talks poorly about any other athlete.  He always seems to find time to give a word of encouragement or advice, and he’s always got a smile on his face.”

A confirmed Metallica fan with a fondness for Clint Eastwood’s “A Fistful of Dollars,” Hartmark brings his pleasant ways and good spirits to these events as all await his arrival on the start line. He is notable for timing that to just moments before the launch. At the Minneapolis Loppet snowshoe race this year—he naturally won—the announcer barely had time to acknowledge his presence and, boom, the cannon signals the race’s start. 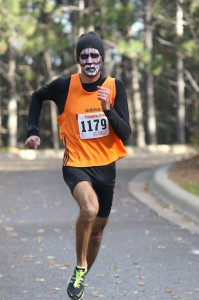 His racing activities outside of snow include the United States of America Track and Field (USATF) Minnesota State Championships in multiple distances along with corresponding course records. He has important success in Half- and Marathon distances, having four marathon wins and consistently clocked under 2:27.

He holds the Fond du Lack Tribal and Community College Pumpkin Run course record (5km 15:13) with seven wins. He set the course record in the rough and tough 2012 Superior 25km with a 1:06.

Hartmark takes his free time as a coach and attended the University of Minnesota.

Elmore says, “Eric is an excellent ambassador for our sport. I can’t think of anyone more deserving. It is awesome to recognize him like this.”

Watch this video of the origins of this award.

Here the list of winners to date of this award: