Backcountry riding is one of the fastest-growing winter sports. But for many interested in snowboarding off-piste, immediately plunking down big bucks for a splitboard isn’t feasible. Fortunately, there’s a tried and true solution for snowboarders who want to experience the backcountry without a splitboard: using snowshoes!

Read on to discover why snowshoes might be the solution for getting into the backcountry. Also, we provide a few tips to keep you safe once you get there. 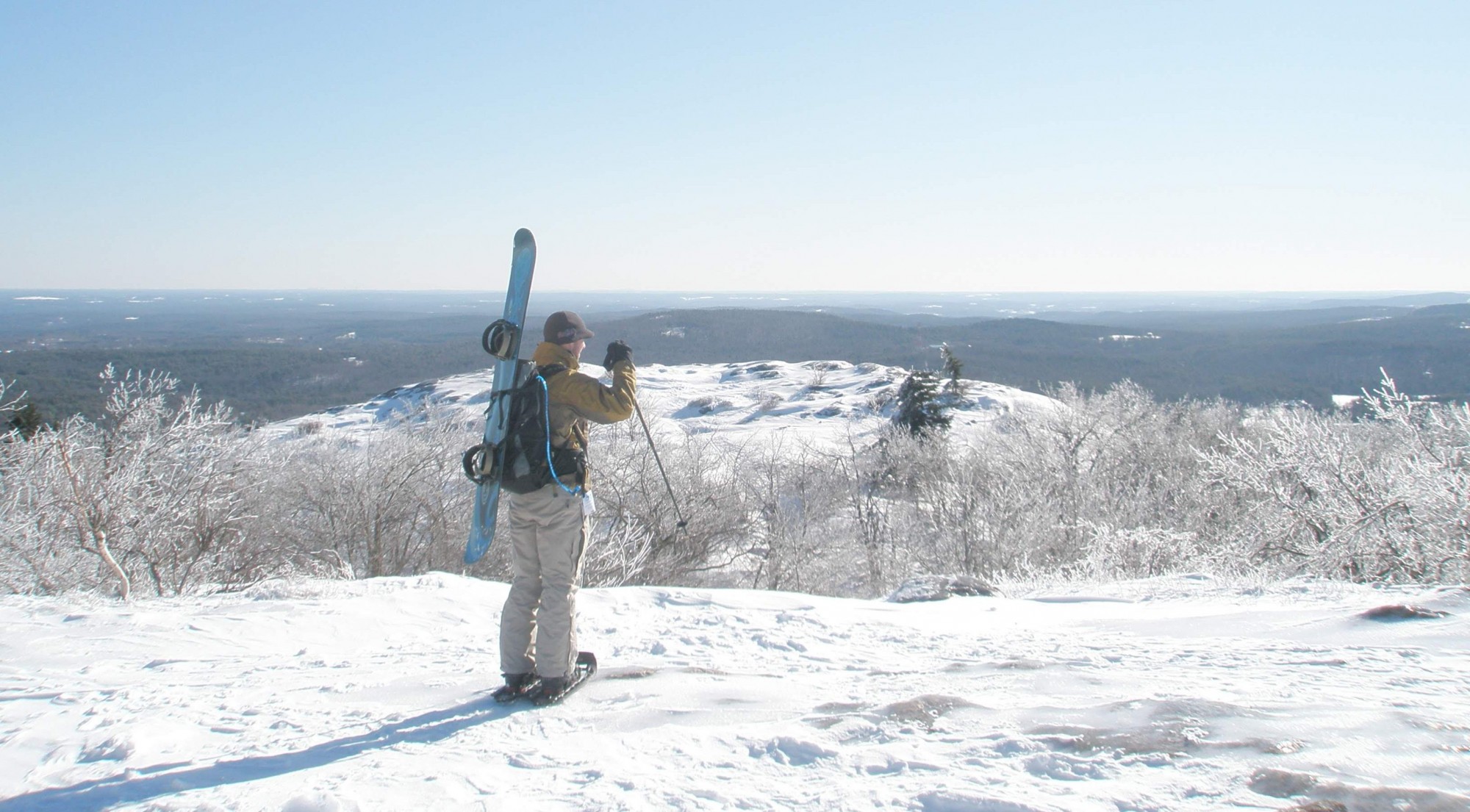 There’s a tried and true solution for snowboarders who want to experience the backcountry without a splitboard: using snowshoes! Photo: Tim Peck and Doug Martland

One of the most significant barriers facing backcountry-curious snowboarders is cost. For many riders, touring-specific snowboards called splitboards are prohibitively expensive. It’s easy to spend nearly $1,000 on just a board, never mind other essentials like bindings and skins.

Unlike renting skis at the resort, finding a splitboard to demo is challenging. Snowshoes help break down this barrier, allowing you to use your existing board, bindings, and boots. Thus, using snowshoes instead of a splitboard for backcountry snowboarding makes it a much more affordable endeavor.

Outside the Resort Made Easy

Simplicity is another characteristic of snowshoes that makes them ideal for newer backcountry snowboarders. Unlike splitboards, which require tricky assembly and disassembly when transitioning between the ascent and descent, snowshoers simply detach their snowshoes and attach them to their pack.

Moreover, the walking-like movement pattern of snowshoeing is already familiar, unlike the kicking and gliding motion splitboarders employ for skinning uphill. The advantages of snowshoes over a splitboard allow novice backcountry riders to focus on factors they don’t need to consider while riding at the resort—weather, snow conditions, and layering.

Read More: Three Benefits for Why You Should Use Snowshoes 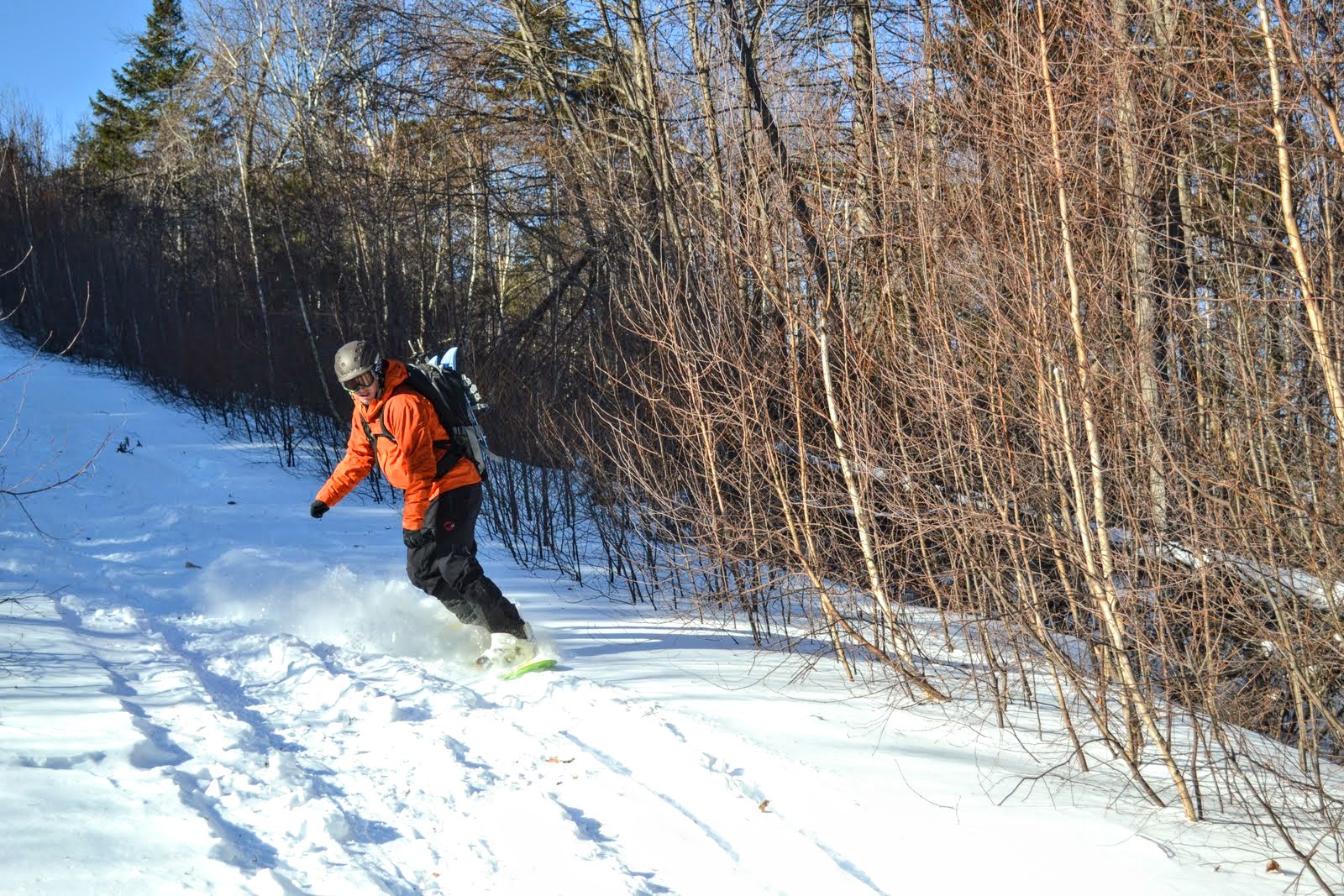 Unlike splitboards, which require tricky assembly and disassembly when transitioning between the ascent and descent, snowshoers simply detach their snowshoes and attach them to their pack. Photo: Tim Peck and Doug Martland

On most uphill terrain, a person with a splitboard has a performance advantage over a snowboarder with snowshoes. That changes, however, on steep terrain.

When moving uphill, the skins that provide traction to splitboards lose their effectiveness between 20 and 30 degrees. This loss of effectiveness means splitboarders in the backcountry need to criss-cross or, at times, boot their way up steeper slopes. Meanwhile, snowshoers can charge straight up the more precipitous pitches, especially on snowshoes with an advanced crampon system.

The uphill advantage offered by snowshoes on steeper slopes has led to the development of hybrid ski/crampons such as the Snowfoot (just read our review). Splitboarders and AT skiers, on the other hand, turn to snowshoe-like Ascent Plates when the going gets steep.

Read More: Why You Should Use Snowshoes on Your Next Mountaineering Adventure

Although any pair of snowshoes will get you into the backcountry, some snowshoes work better than others. Snowshoes that pack flat—with their crampons’ teeth facing each other and away from you (such as the MSR Lightning Ascent)—carry nicer and are less cumbersome to stow for the downhill than other style snowshoes. 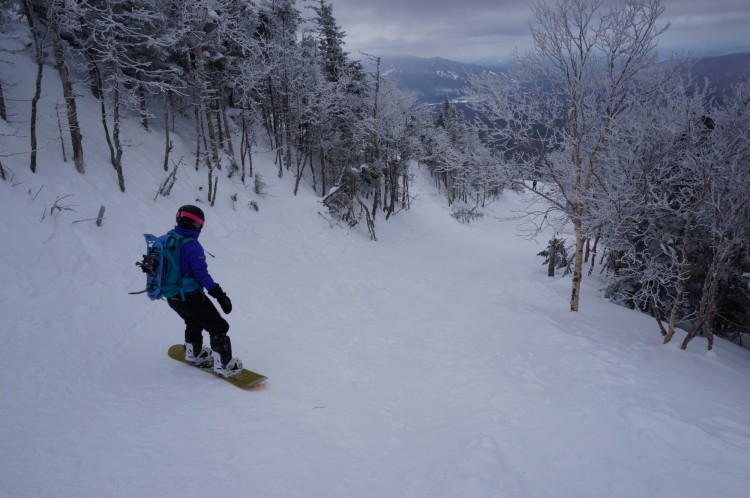 Snowshoes provide superior traction when ascending steep slopes like this one on Mount Washington. Photo: Tim Peck and Doug Martland

Snowshoes enable access to crazy couloirs and amazing alpine bowls, but they also make it easy to wander into treacherous avalanche terrain.

According to the National Avalanche Center, avalanches are possible on any slope steeper than 30 degrees and are most common on slopes between 30 and 45 degrees. A backcountry snowboarder skinning on a splitboard or skis cannot easily ascend these slopes, but snowshoers can access these areas.

If you’re heading into avalanche terrain for backcountry snowboarding, consider beefing up your knowledge with a class from American Institute for Avalanche Research and Education (AIARE). Moreover, carry the essentials like a beacon, probe, and shovel (or this kit with all three items).

In addition to the avalanche essentials,  carry the following when heading from the resort into the backcountry.

You (likely) have two arms and two legs, but only one head—so protect it with a helmet! The helmet you wear at the resort will transition to the backcountry.

However, if your snowshoes frequently take you into more vertical terrain, consider a helmet certified for alpine skiing (CE 1077) and climbing (EN 12492). to protect against rocks and ice falling on you. A multipurpose helmet (like this one from Grivel) can protect you in the event of you crashing into something as well.

Read More: Are Skiers and Snowboarders Prone to Head Injuries?

In the Northeast, where we’re based, trees and branches are often as dangerous as snow conditions, which makes packing goggles a great idea. The goggles you use at the resort also transition easily to the backcountry. But be aware that trees and going in and out of your pack can be tough on goggles. 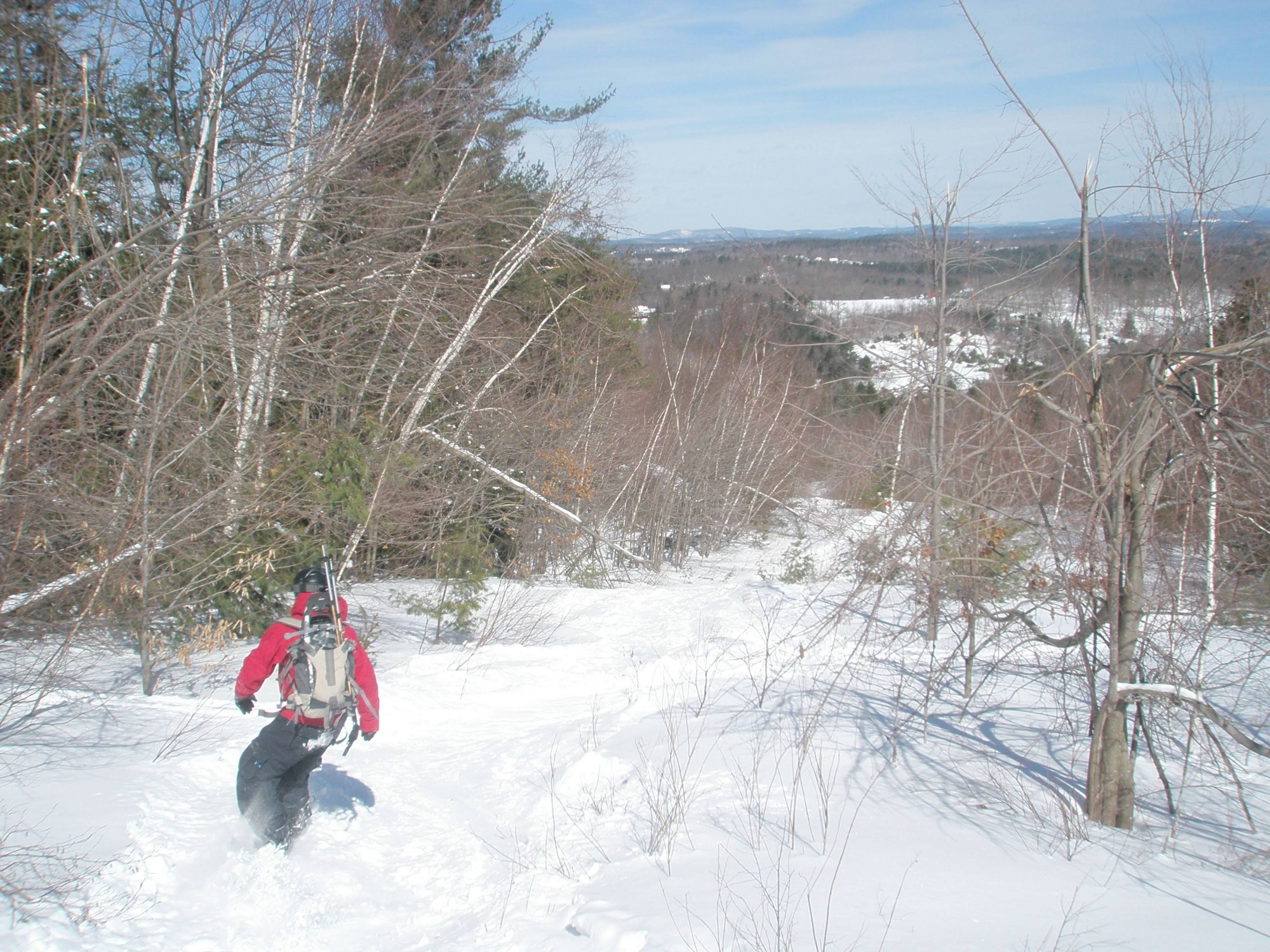 Make sure to pack avalanche gear and the other essentials when out on a backcountry pow day. Photo: Tim Peck and Doug Martland

Collapsible ski/trekking poles are essential for snowshoeing in the backcountry; they aid in the ascent, help with balance, and are even useful for poling across flat sections on the descent.

Tent-style poles (like these Black Diamond’s Ski Poles) collapse super small, allowing you to tuck them into your pack and out of harm’s way on the descent.

Read More: 8 Poles To Use for Snowshoeing

There are numerous ways to attach a snowboard to a traditional backpack. However, a snowboard-specific pack will carry the board more securely and comfortably.

A bag between 22 and 32 liters is ideal for day trips. For quick trips, check out the CamelBak Phantom LR 24 (and read our review of the LR 20). Also, don’t forget to fill your pack with the essentials.

Read More: Choosing a Backpack: Features To Consider for Snowshoeing

Layering is critical to any backcountry outing, especially because it’s usually much warmer at the base than at the summit.

Packing layers you can add as the temperature drops and a puffy jacket (which celebrated 100 years) you can wear during breaks or in an emergency will go a long way toward helping you stay warm. In addition, a dry hat and an extra pair of warm mittens to protect those extremities are often a welcome respite when it gets cold up high.

Did snowshoes provide an alternative to a splitboard for backcountry snowboarding?  Please share your experiences with us in the comments below! 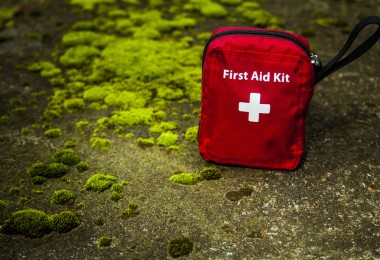 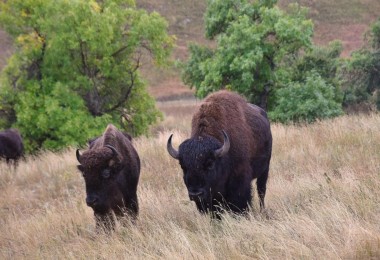