Canadian artist Michel (Mike) Labine has set the world record for constructing the largest snowshoe, and he did it in a big way. On Sept. 24, 2022, officials from Guinness World Records notified the Fort Smith, Northwest Territories resident that his 25.2-foot-long (7.67-meter) snowshoe was officially the largest ever built in the world, eclipsing the previous mark by 15 feet! When he first began the three-month project, Labine said, “I’m going to blow that record out of the water!”

To do so, he had to scale up the projected size using a 60-inch Ojibwa snowshoe as a model. After doing the math and fine-tuning the exact coordinates, he began building the snowshoe. As expected, he experienced a few roadblocks along the way.

Since Labine was building a traditional snowshoe – a requirement of the Guinness World Records – he needed to use an entire bison hide to lace the gigantic snowshoe. That translated into 583 feet of bison rawhide! “I had challenges along the way and had to take it apart and redo the lacing on several occasions,” he recalled. 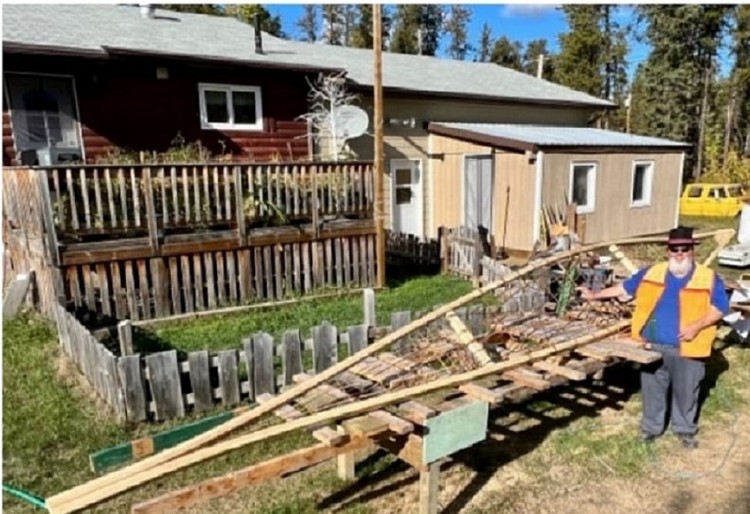 The artist, standing next to his record-long snowshoe. Photo: Michel Labine

Another thorny issue came just over a week before Labine completed the project. A representative from Guinness World Records informed him that for the record to be certified as the largest traditional snowshoe, it could not include any stained glass.

This was a real disappointment since Labine had been making and selling snowshoes with decorative stained glass since 1992.“I had the stained glass already cut and ready to place in the middle of the snowshoe,” he said. But the record meant more than the artistic appeal of the final product, so Labine acquiesced. He laced up the entire snowshoe with the rawhide, submitted the final version, and put his name in the record books.

After acquiring the world record, Labine quickly had numerous offers to buy the 25-foot snowshoe. “A New Brunswick (eastern Canadian province) grocery store offered me $25,000 for the snowshoe,” said Labine. But with a source of pride, the artist wanted it to remain locally. As a result, visitors can see the enormous snowshoe first-hand when visiting Fort Smith. It’s on display in the foyer of the newly renovated Fort Smith Community and Recreation Centre.

Read More: Making Your Own Snowshoes from Scratch 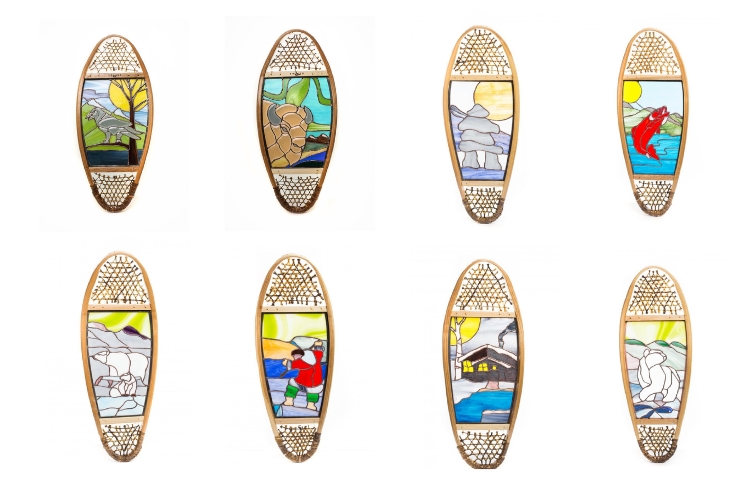 With the completion of the Guinness snowshoe project, Labine refocused on his other projects, which included creating and finishing several of his signature stained-glass snowshoes. The artist also explained how he happened upon the beautiful blending of snowshoes and stained glass. Ironically, that process was a serendipitous discovery, but it took a creative eye to see the potential.

In 1992, while working as a renewable resource officer, Labine broke a snowshoe while in the field. At the time, he often repaired his own snowshoes since he spent a lot of time outdoors and wearing snowshoes on the job. So he took the wooden snowshoe home to re-lace. After removing the lacing, he laid the snowshoe aside on a tabletop, planning to finish the project later.

“When I finally returned to the snowshoe, I discovered it was lying on top of a glass piece, another project I was working on. I looked it over, then said to myself, ‘this is a marriage made in heaven!’ I wasn’t about to re-lace it, but find a way to mount that stained glass onto the snowshoe.” 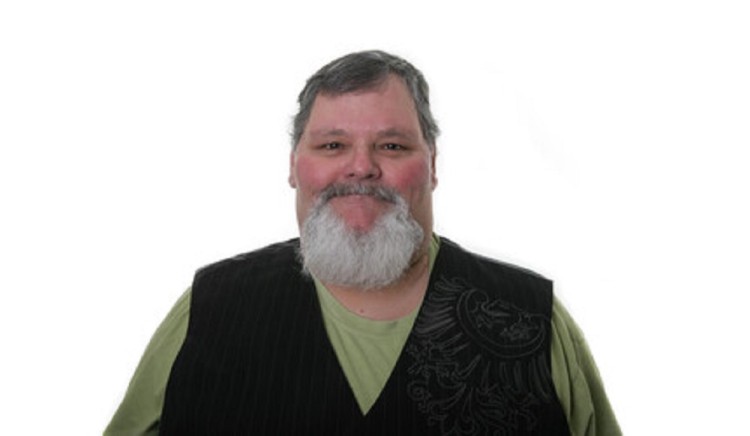 Since then, he’s created dozens of picturesque snowshoes adorned with stunning stained glass. In fact, numerous high-profile individuals throughout the world are proud owners of a Michel Labine handmade snowshoe with stained glass, snowshoes that will never be worn in the snow. A few of those possessing these unique gifts include Canadian Prime Minister Justin Trudeau, former President Barack Obama, the President of the People’s Republic of China, and Great Britain’s Prince (now King) Charles, who visited Canada and Fort Smith this past summer.

“I’ve always wanted my art to be unique, something special that people would refer to and say without question, ‘That came from the north,’ he said. “I think my stained-glass snowshoe work and the traditional drum making I do really send the message that our part of the world is very special. My drums are culturally correct and used throughout the region. Also, the uniqueness of our territory inspires me to create my custom northern stained creations.” 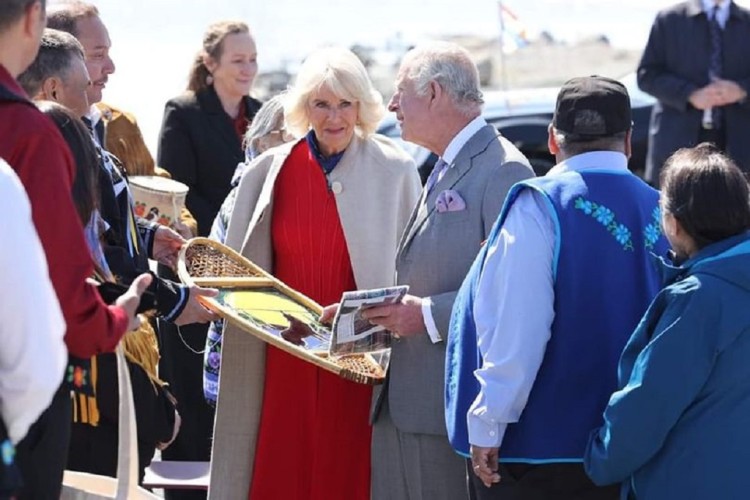 The artist’s stained glass snowshoes have been presented to numerous leaders, including (then) Prince Charles and Camila, here in May 2022. Photo: Michel Labine

Originally from Northern Ontario, Labine moved to the Northwest Territories in 1980. His Métis heritage is a source of pride. The Métis are one of three indigenous peoples who inhabit parts of Canada, along with the First Nations and Inuit. All three were officially recognized by the Canadian government under the Constitution Act of 1982.

“Most of the work I do is related to northern themes,” said Labine. Many of his picturesque snowshoes depict life in the north, like a moose, fishing, or a cabin on a river.

The self-taught artist has also revived his late father and grandfather’s blacksmithing passions. “I’ve collaborated with my son to expose him to the art of blacksmithing,” said Labine. “We now own and operate a shop, producing artisan-related items using copper and other materials.” Labine often sells his jewelry at local fairs and on his Facebook page.

Clearly, the artist is not lacking in creative efforts. 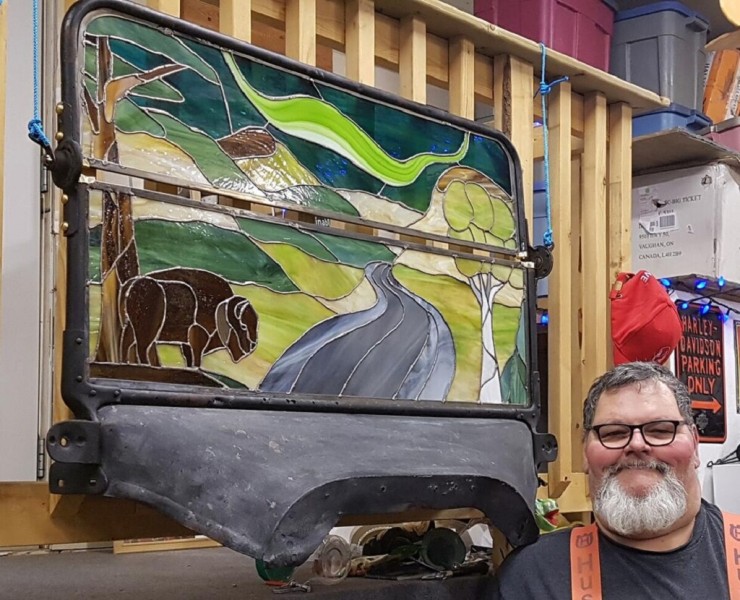 Most of the work Michel does is related to northern themes, including featuring wildlife and the outdoors. Photo: Michel Labine

After several hip replacements, the 63-year-old Canadian artist has given up snowshoeing for pleasure. However, he continues his creative endeavors with cut glass snowshoe art and more.

Fort Smith is located at the 60th parallel, 454 miles south of the Arctic Circle. Thus,  cold weather and snow are a given. The temperature hovers around 15 degrees below zero for four months of the year. However, that doesn’t stop the 2,500 residents of the area from enjoying the outdoors. The nearby Slave River is a source of outdoor entertainment throughout the year, snowshoeing included.

Labine, who spends a lot of time ice fishing during the winter, shared that snowshoeing is also a popular wintertime activity around Fort Smith. There are several trails in the Fort Smith area, and his snowshoeing suggestions include the Mountain Portage Trail that loops around the peninsula adjacent to the Slave River and the Trans Canada Trail along the south bank of the Slave River. There is also night skiing that offers a unique experience of gliding over a mile-long lit trail under the stars and Northern Lights.

For more information about the town and area, visit the website, Fort Smith. To view more of Michel Labine’s creative work, check out his Facebook page.

Are you familiar with Mike’s snowshoe art? Which design is your favorite? Please share your thoughts with us in the comments below.

Read Next: Eileen Wysocki: A World Record Holder and Hero Among Snowshoers 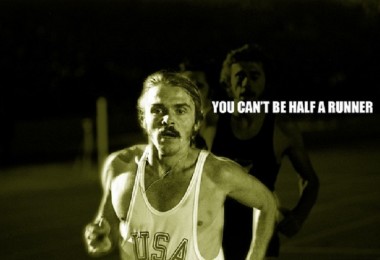 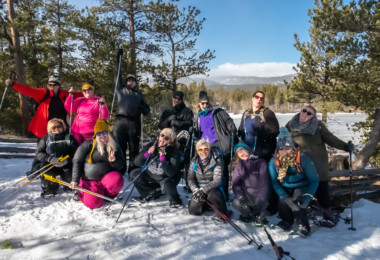 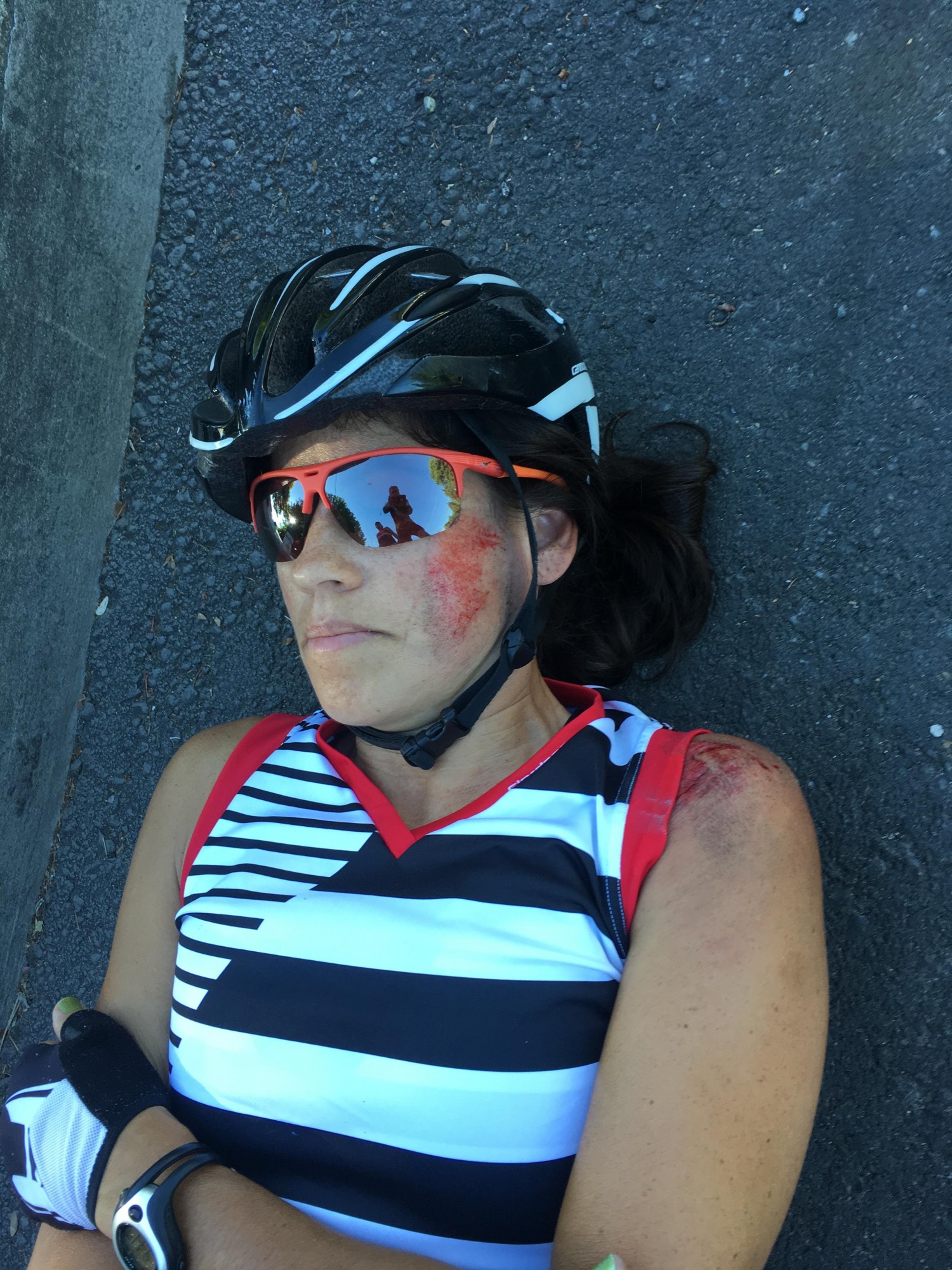