Okay, yes, the ear flaps on an aviator hat do make it a tad goofy looking.  And when you wear it your friends, like mine, may egg you on to “talk Canadian, eh.”

But those same Canadians know about cold. They know about extreme cold.  Our ears lose heat easily.  And if we want to cover our ears and our head from wind and snow, we may want to see how the Canadians do it. 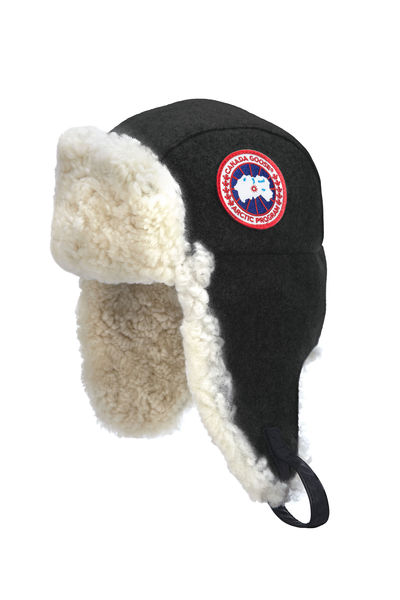 What I do know is that I’ve been nice and toasty while snowshoeing ever since I got my Merino wool shearling pilot hat from Canada Goose.  The Toronto company has been making cold-weather outerwear since 1957 and they clearly know what they’re doing.

My Canada Goose pilot hat has a polyester lining and a shell that is 80 percent Merino wool and 20 percent water-resistant nylon.  The colder it gets, the more likely I am to grab the handy chin strap and tighten the earflaps.  And when I need more protection, I drop down the front flap.

For me, the clipped wool provides outstanding weather protection, even during extended times out in the cold.   I’m comfortable.  I’m snug.  It’s a great hat for cold temperatures – like a thermal sleeping bag for my head.

And there’s one thing more I like about it.  While snowshoeing, this hat turns me into Charles Lindbergh.  Yes, the great American hero who crossed the Atlantic in a plane in 1927.  He had a closed cockpit, but he wore an aviator hat anyway.

In fact, wearing the aviator hat while snowshoeing carries me on epic adventures through World War I.  In their open-cockpit airplanes, the pioneering bomber pilots wanted to keep their ears and head as warm and dry as possible.  The aviator hat – or “bomber hat” – was a cap (usually made of leather) with large earflaps, a chin strap, and a short upturned bill that showed the lining.

And to me, any hat that can keep me warm and dry while transforming me into a victorious super-hero is well worth the purchase price. 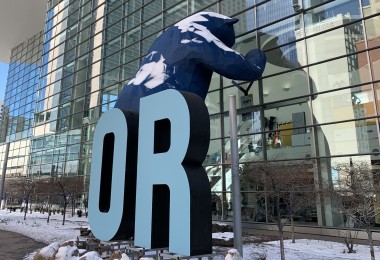