Bonjour, Quebec! The 2012 World Snowshoe Championships are underway March 9-12, a three-day whirlwind tour of Canada’s largest province enjoying the wonders of the capital, Que’bec (recognized also as Quebec City). 70 km away rises the subarctic, evergreen coniferous forest known as Forest Montmorency basking in the glow of the Laurentian Mountains. There 50 of the top snowshoe racers on the globe gather from their various federations to burn heat into the snows lying-in-wait beneath the balsam fir Christmas trees dominating the land. 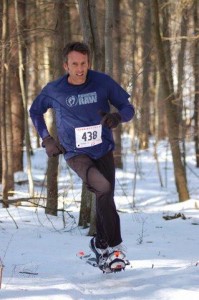 Acting as a link of the two nations, the Canadian Laurentians are linked like an eternal conjoin with the Adirondacks of the United States cementing forever the close tie the Peoples of both countries feel with one another.

I just want to pass along this message to everyone before all start heading towards eastern Canada for next weekends’ 2012 World Snowshoe Championships in the Montmorency Forests of Quebec. I wish you all safe travels and hope that  you have a great experience and represent the USA to the best of your abilities. Most of you just competed at the 2012 DION Snowshoe USSSA National Championships in Colorado; I hope the success you enjoyed there follows you north of our borders. Here are some of those notable finishes from Frisco CO:

Laurie Lambert of Texas finished in 8th place overall in the Senior Women’s 10 km race winning her age group. She is a three-time member of the US Senior Women’s National Snowshoe Team (2005, 2007, 2011). 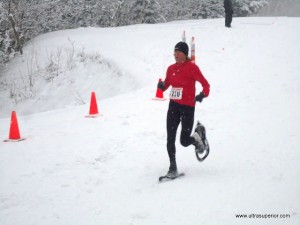 Eric, Greg, Laurie and Amber are all members of the 2011 US National Snowshoe Team and will be proudly wearing the red, white and blue of the USA on their team jerseys from Brooks-Range Mountaineering. 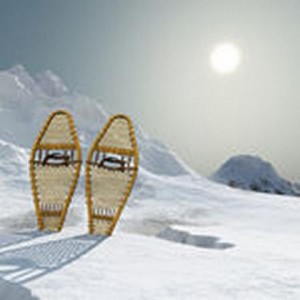 The USA team at the 2012 Worlds feature awesome depth and talent.

Michigan’s Bigfoot Boogie winner Kevin Tarras will join the “Boys and Girls of New England” to challenge the best snowshoe athletes in the World. Kellie Gregoire and Tina Marie Poulin, both of New York State, will bring awesome snowshoe racing experience to the line. Kellie finished 9th overall in the women’s field at the 2010 Worlds in Vancouver British Columbia Canada during the 2010 Winter Olympics. She was also a member of the 2010 US Senior Women’s National Snowshoe Team. Tina Marie traveled to Japan last season to compete in the 2011 Worlds in Myoko Japan running to a very creditable fourth place overall finish. On the mens side, New England standouts Kevin Tilton (NH), Tim VanOrden (VT), Judson Cake (ME) and Jeremy Drowne (NY) fresh off his 11th place finish in the 2012 US Nationals in CO, will provide added depth and talent to our US men’s team.

Ross McMahon, Nevada, a multi-talented outdoor athlete will also be attending the 2012 Worlds. His participation makes our Team USA even deeper. McMahon is an experienced snowshoe racer and training/racing buddy of 2009 US Senior Mens National Snowshoe Champion, California’s Peter Fain.

Joining the USA team in Canada will be the US Snowshoe Association’s Marketing Director Michael Bucek who will be serving as the team liaison. 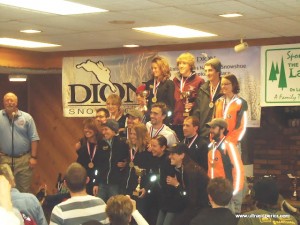 The global snowshoe talent assembling in Quebec City will be considerable. Antonio Santi and Maria Grazia-Roberti of Italy, both 2010 World Snowshoe Champions and mulitple-time winners of the famous La Ciaspolada Snowshoe Race of Northern Italy, are expected to compete with numerous other world-class athletes from France, Canada and throughout the world.

Good luck to our US athletes! Safe travels and much success! I hope you are able to send us some awesome photographs of the racing and the awards podiums.

Racing in the Laurentian span, snowshoe athletes will be enjoying one of the oldest mountain ranges in the world. It is in this spirit that the ties formed during side-by-side, quad-burning snowshoeing during competition will afterwards unite all in the common theme that peace is best enjoyed together . . . on snow.