Thousands of years ago, Inuit, Yupik, and other Native peoples inhabiting what is now Canada had to make it through some of the coldest winters on Earth.  So they invented a winter boot called a mukluk.

In 1997, when he was right out of business school, 23-year-old Sean McCormick and his sister Heather founded the footwear enterprise in Winnipeg, Canada, called Manitobah.  The siblings not only wanted to create world-class footwear.  They wanted to revive, honor, and celebrate the traditions of Canada’s First Nations. 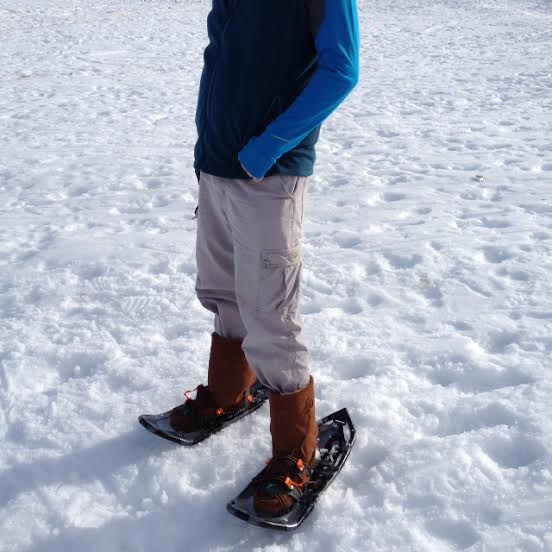 Trying out Manitobah mukluks while snowshoeing. (Photo by Frank Meek.)

I recently opened the box carrying my Manitobah-brand Hunter mukluks.   I was immediately impressed with the copper-toned cowhide suede.  When I ran my fingers and palm around the interior lining of the mukluk, made of sheepskin, I touched the softest fabric I had ever felt.

While Manitobah’s traditions reach back thousands of years, they also pride themselves on using the best of modern materials and technologies.  Their partnership with Vibram has produced soles graced by Native American art yet rugged enough for walking around in our urban concrete jungles.

So how would the mukluks work while snowshoeing?  I wasn’t sure.  On my first walk to my snowshoeing site, I found my feet stayed warm and dry on snowy and icy sidewalks and streets.  Then I discovered that the mukluks held up well while snowshoeing and did everything I wanted them to do.  They passed that first test, and have continued to pass each test since.

And so I now look at my mukluks as a gift.

A gift handed down to me by hundreds of generations of winter-savvy Metis people from the Manitoba region – of some 68 tribes, including 23 who live in places not accessible by all-weather roads. 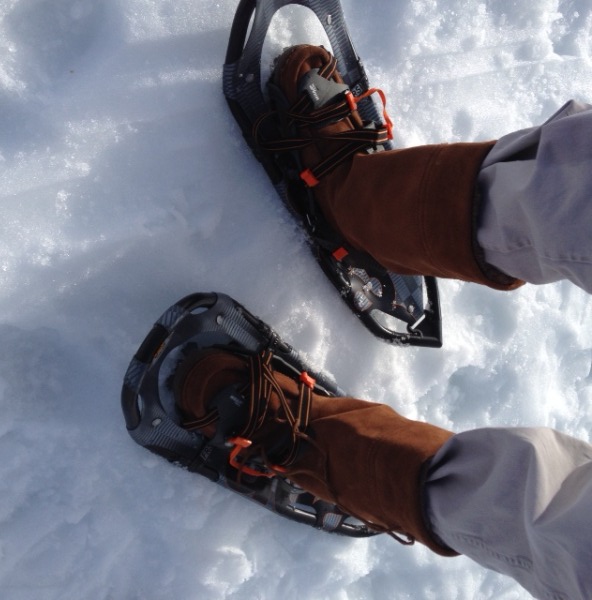 A gift of peoples who have for millennia crafted mukluks out of hide and fur – in a way that reflects their customs, cultures, and views of Deity, the afterlife, flowing life energy, and nature.

And a gift of an enterprise that is owned by a Metis brother and sister of my own generation – and a business leader who is doing everything he can to keep the traditions, values, history, and identity of his people alive and vibrant for future generations.

I cherish my mukluks and I commend Sean McCormick and Manitobah – both for their commitment to total quality in artistry and craftsmanship and for their profound cultural vision.

Check out the Hunter mukluk by Manitobah: 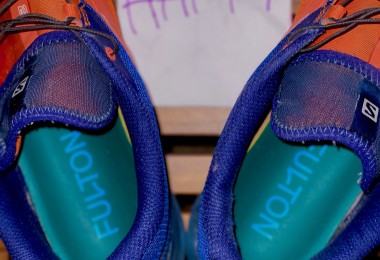