Picture deep woods, pristine snow tumbling off pine branches and absolute silence. It can be that good in the woods near Keene and Concord, New Hampshire. If you’re driving up from southern New England or farther afield, good snowshoeing is not as far away as you might think.

Bear Brook State Park, both the loop and the individual trails, offer numerous possibilities from short outings to the day long loop. Also in the Concord area is the Norsk Center/Low Plain Wildlife Area trail near the small town of North Sutton. This is an easy, four-hour effort within the 48 trails comprising the Lake Sunapee Country Club.

In the Keene area west of Concord you have a choice of four or five trail areas that vary from easy to most difficult. Kilburn Loop, Mount Monadnock Loop and Trail, and Heald Pond Trail are designated as day trips. Hamlin Recreation and Conservation Area trail and Heald Pond trail are rated basically easy, though the former is a 5.5-mile trek. 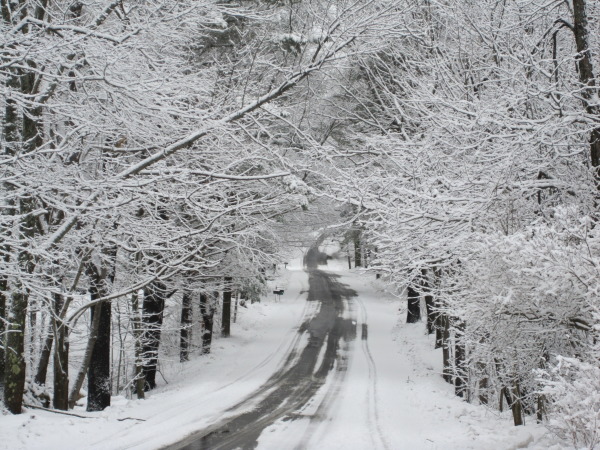 This is New Hampshire’s largest state park at more than 10,000 acres comprising bogs, marshes, mountain summits and ponds. The trail network covers more than 40 miles with a canopy of birch, pine red oak and hemlock. Elevation gain throughout the park is minimal, and while running five total miles, the loop trail is rated easy. The loop involves Little Bear, Bobcat, Broken Boulder and Pitch Pine trails, but you can pick any individual trail for a shorter run. You will run across snowmobilers at some points, but for the most part the networks are separate. You’ll be blazing your own trail surface, as this is not a groomed network. Depending on where you embark you will be near to either Allenstown or Suncook.

If you’re looking for some groomed surface this is a good choice on the grounds of Lake Sunapee Country Club. Forty-seven miles of trails, both groomed and ungroomed surfaces, are there for your use. Terrain is mostly open fields and rolling hills in the shadow of 2,937-foot Mt. Kearsage. There are 48 trails within this acreage that lead to ponds and marshes, as well as the preserves. A good thing to know about planning an outing at Norsk is that while other areas nearby may be getting sleet or rain early or late in the season, this location is probably having snow. You can rent snowshoes at the Norsk Center and there are several trails easy enough for beginners.

There is a reason this is said to be the second most frequent mountain hike in the world: on a clear day the view from the top of this barren summit is unmatched. You’ll be able to see all six New England states. Most impressive and most strenuous is the White Cross Trail to the summit, a nearly straight assault that will leave you winded, to say the least. Top elevation is 900 feet and be aware it can be icy up there on that bare rock. If you’re not up to White Cross remember that there are more than forty miles of trails meandering through the park, which is nearest to the little town of Meredith.

Also near Meredith, the Hamlin area in the Hampshire Lakes region features three trails of varying lengths through hemlock and hardwood forests opening to ponds and meadows. The top elevation if you take the longest trail, Lakes to Ledges Loop, is 900 feet and this 5.5 mile round trip will gain you sweeping views of New Hampshire’s major mountain ranges. It’s worth the trek up there, but if you want something less strenuous, try either Four Ponds Loop at 1.6 miles and flat, or the 2.7-mile Crocketts Lodge Loop that will get you high enough to reach a scenic overlook.

This particular snowshoe loop is not up the mountain, but on its southern flank. Rated most difficult, this 4.6-mile trek is only for the most experienced snowshoers and requires crampons. Nearest town is Jaffrey and trailhead elevation is 420 feet; surface is ungroomed.

Located between Hinsdale and Chesterfield, in the southwestern corner of New Hampshire, Pisgah State Park comprises more than 13,500 acres, making it the largest New Hampshire State Park. Six trails lead into the park, but only Kilburn Loop allows no motorized vehicles and the surface is ungroomed. Scenery includes ponds, highland ridges and several wetland areas.

Near Wilton, this sixty-nine-acre pond is the centerpiece for an easy two-mile trek around its edge, through an apple orchard, near a beaver lodge and along a stone wall. Rated easy, the outing takes you through red maple, white pine and hemlock and has twenty-five numbered stations along the way. This land was donated in 1986 and is part of the Heald Trust, now encompassing over 500 acres. Surface is ungroomed.

Sherry enjoys the outdoors, running, biking and kayaking, traveling, the mountains and the beach. She has published more than 600 articles, taking on anything that interests her these days. Visit her website for more information and a selection of published articles, a few photos, a mention of my poetry: www.sherryhanson.com. After 21 years on the Maine Coast, Sherry relocated to Portland Oregon in 2013.