The Alps have already claimed its first avalanche fatality of the season, and before the end of winter, there will be another 250,000 avalanches in this mountain chain alone. Around the world, about 150 people will fall victim to the ‘white death.’ In this article, we sort through the myths and arm you with some essential avalanche avoidance tips, that are as valid on Aonach Mor as they are on the North Face of Everest.

In over 95 percent of all avalanche accidents, the victim or someone in the victim’s party triggers the slide. Avalanches are the only natural hazard in the world that is commonly triggered by the victim! Unless you have witnessed an avalanche, you will have minimal idea of their terrifying destructive force. Here it is in more familiar terms.

What damage can an avalanche do?

Avalanches have been clocked travelling at speeds of up to 360 km per hour (225 miles an hour), which is the top speed of a MacLaren F1 or Ferrari Enzo. Imagine a line of these supercars, often up to several hundred metres wide, racing towards you at high speed! A typical dry snow avalanche travels around 130 km per hour (80 m/hr). It reaches this speed within five seconds after it fractures, with acceleration similar to a BMW 5 Series. There is little chance of out skiing an avalanche, let alone escaping on foot!

The force of an avalanche depends a lot on its speed. However, a low-speed avalanche of about 20km per hour (12 m/hr) will generate enough force (100 kPa) to uproot a mature spruce tree instantly. Uprooting that same tree would take a lumberjack armed with a chainsaw over an hour to fell. A high-speed powder avalanche can create forces of up to 1000 kPa, which is enough to move reinforced concrete structures, such as chalets and bridges. This force equates to about 145 psi, which is five times the pressure of your car tyre. With these forces, avalanche debris is often compacted to the density of concrete.

What are the common myths?

So now, let’s dispel some of those common myths of avalanches.

Noise does not trigger avalanches. Although the idea is a convenient plot device in movies, don’t worry if Heidi is yodelling in the valley.

Another popular myth is if buried, you can spit out of your mouth to work out which way is up and down. Considering that a cubic meter of snow weighs 250kg (the weight of a fully grown male lion) unless you are Geoff Capes, you won’t manage to dig yourself out. Some fatalities have been recovered from just 10cm (4 in) beneath the surface.

After all this doom and gloom, it’s important to state that you don’t need to become a snow scientist to stay safe. There are a few general principles and danger zones in the field that, if respected, will save your life. Avalanches do not strike without warning. They happen in particular places due to specific combinations of snow and weather conditions. There are almost always visible signs that these conditions exist.

Where do avalanches occur?

Most avalanches occur on slopes of 30 to 45 degrees, but large ones can occur on slopes as little as 25 degrees. You can measure these angles in the field with your trekking poles. Stand one pole vertically, and the other horizontally with one tip on top of the vertical pole and the other end against the snow.

If the horizontal pole handle touches the snow, the angle is 45°. If you have to lower the horizontal pole to halfway down the vertical pole, for the handle to touch the snow, the angle is just roughly 25°. Over 99.8 percent of avalanche accidents occur in the backcountry – the bowls, peaks, and slopes outside of ski areas, where there is no avalanche control.

Why do avalanches occur?

For the first factor, the layers are mainly formed through temperature differences, creating different crystal shapes, water contents, and features such as depth hoar. Unless you get training in this field, the section on key warning signs below should suffice to keep you safe.

For the second factor, you can judge weight in the stronger slabs in the field. As I said in the opening paragraph, the vast majority of avalanche victims caused (or someone else in the group caused) the avalanche that killed them. You can minimise the group weight on snowpack by travelling across areas of risk one by one, rather than as a group with a high combined weight.

What warning signs are there?

The best warning is seeing evidence of recent avalanches. Don’t be lulled into a false sense of security, though, as several avalanches can follow the same route each season. You may see shooting cracks in the snow, which is a sign of slab formation. If there is any evidence of recent high winds or snow drifting, be extra vigilant as windslab avalanches could occur.

Another warning sign is when the snow collapses in a wide area around your weight, which indicates a hard slab over a weaker layer. If there is a forecast for rain or snow during your outing, be extremely careful. The weight of water entering the snowpack can trigger a natural avalanche.

The final common warning sign to look out for is sun balls. Imagine making a snowball by rolling some snow down a slope, so it accumulates, and that will look like a sun ball. Sun balls form naturally by solar warming, which causes some snow to slough and fall down the slope, accumulating as it travels. Sun balls are also a warning sign of a large temperature gradient, which can cause instability in the snowpack.

What are the danger zones?

The most dangerous avalanches usually occur on convex slopes, as there is significant stress within the snowpack as it bends over the rounded slope. Have a look at the contours on your map to identify these slopes before you set off.

Leeward (downwind side of a ridge or mountain) slopes are especially dangerous because windblown snow adds depth, creating hard, hollow-sounding wind slabs. Furthermore, a whole mountain may become hazardous during a snowfall of an accumulation rate of an inch or more an hour. If this is forecast, it is best to head down the pub for the day.

What should I do before I set off for the hill? 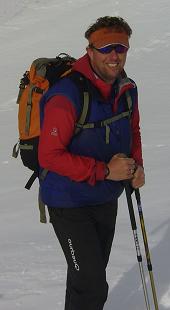 Over 90 percent of avalanche fatalities did not check avalanche advisory before heading out. Checking the forecast is imperative for avalanche avoidance. These avalanche forecasts are available on the internet, phone, cable car stations, tourist offices, and radio reports in mountain areas.

Next, you should pack your avalanche safety kit, which includes an avalanche transceiver, probe, and snow shovel. These are essential for everyone in the team.

In the event of an accident, there are a ‘golden’ 15 minutes to recover a buried victim, before their survival chances plummet. After thirty minutes, survival chances decrease from 93% to 50%, then down to 26% after forty-five minutes, and 5% after two hours.

With statistics like this, you need to practise or get professional training, offered at the forecast websites above. Make sure that you turn off your mobile phone, as the signal can seriously affect transceivers. Furthermore, make sure that you wear your transceiver close to your body, not in a pocket or rucksack, so it doesn’t get separated from you in the event of an avalanche.

What should I be aware of on the mountain?

Most natural avalanches occur within a day of heavy snowfall. So if you are going out, keep to non-corniced ridges or windward slopes. Following an old track does not necessarily mean a slope is safe, as the wind direction may have changed. Look out for raised footprints, as this is a sign of wind scouring, and the incidence of windslab on the mountain will be high.

Be aware of the weather during the day for avalanche avoidance, as well. Rapid changes in wind, temperature, and snowfall cause changes in the snowpack and may affect stability. Also, plan your route to avoid terrain traps, which are the likely tracks that an avalanche will follow when triggered. A prominent example of a terrain trap is a gully, as it acts as a natural avalanche chute.

What happens if I am in an avalanche?

If you are caught in a slide, try to get off the slab. Alternatively, grab a tree as soon as you can. After a few seconds, it will be impossible because of the rapid acceleration of the avalanche. The human instinct for survival will kick in, and you will try and ‘swim’ to the surface. Without doing this, you will sink below the surface, as snow can be up to 90% air, and the human body is denser.

Three-quarters of victims die from asphyxiation (breathing their carbon dioxide), and a quarter of victims die from trauma caused by hitting trees and rocks on the way down. Only 2 percent live long enough to die from hypothermia. Due to the asphyxiation concerns, keep your mouth closed, and don’t shout or cry out. If you stay conscious as you feel the avalanche come to a stop, it is essential to try and protect your head with your arms to create an air pocket to help you breathe.

What do the rescuers do?

The full scope of what rescuers do is really beyond this article, which focuses on avalanche avoidance in the first place, but the answer is simple. You cannot rely on the emergency services to assist. Their call-out response time is often over 20 minutes, so beyond the ‘Golden’ 15 minutes.

If you have witnessed an avalanche in the field, call for assistance. The victims are likely to have suffered trauma, shock, and hypothermia. If you cannot locate the victims, the rescue teams may bring in trained searchers and dogs. Our four-legged friends can find a buried victim eight times faster than a 20-person team equipped with avalanche probes.

Be very diligent about your planning before you set out and get avalanche and weather forecasts. Let someone know where you are travelling. Additionally, make sure you go with a friend(s) and equip everyone with avalanche safety kits. On the hill, don’t be afraid to change your plans in reaction to warning signs that you identify. If there is any risk identified, minimise it by reducing your impact on the snowpack. You can achieve this by lowering your group weight by crossing sections one by one between islands of safety.

Increasingly, travellers have a willingness to see the safety precautions as a necessary part of the day, rather than a bit of a drag. The key to safety is some basic avalanche awareness knowledge. Good luck, and I wish you a very safe winter in the hills!

Do you have any other avalanche avoidance tips?

Some of the links in this article may contain affiliate links. When a purchase is made using these links, part of the proceeds go to Snowshoe Mag. These proceeds help us pay for site maintenance and article contributions. Additionally, as an Amazon Associate, we earn from qualifying purchases. Please see our disclosure for more details. 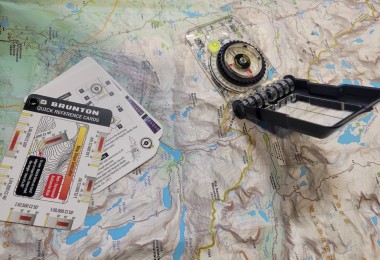 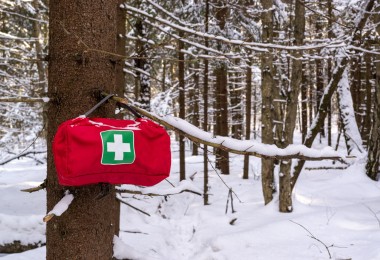 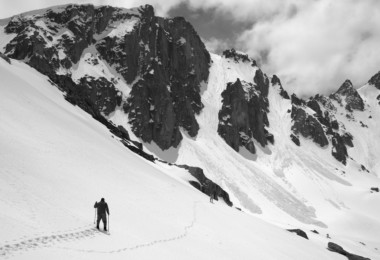