Record levels of snowfall in the Highlands of Scotland over the last two winters – depths of more than 250cm earlier in the season easily exceeded those at the recent Sochi Olympics – have boosted Scotland’s snow sports’ sector and led to unprecedented visitor numbers.

Along with the thousands and boarders and skiers hitting the slopes have been an increasing number of pioneer snowshoers, with the sport proving particularly attractive to those new to the thrill and excitement of snow sports.  According to Jeff Starkey, head of Ski Patrol at Nevis Range, near Fort William, in the West Highland region of Lochaber: “One of the real appeals of snowshoeing is that almost anyone pick it up easily.” And, with equipment and instruction on offer at the resort, the sport has attracted many new participants in the last couple of seasons. Nevis Range, famous for its lift-serviced off piste area in the Back Corries, including Coire Dubh, Summit Corrie and Coire an Lochan. The Back_Corries is not just a leading Scottish snow sport centre, but is one of the premier visitor attractions within the Highlands. Situated in the shadow of Britain’s highest mountain, Ben Nevis, the centre also encompasses two other mountains, Aonach Mor, the eighth highest in Britain, and Carn Mor Dearg. Constructed along the north face of Aonach Dor is the Nevis Range mountain gondola system, the only one of its kind in the UK

Sit back, as you are effortlessly transported from 300 to 2,150 feet, and you can enjoy the breathtaking views of the Scottish Highlands, including the Great Glen, Ben Nevis, and surrounding areas. On a clear day the spectacular vistas extend as far as the Inner Hebrides. Indeed, the location is so special that each visit to Nevis Range, even if only a few weeks apart, can seem very different because of changing seasonal colours and weather conditions.

And once you arrive at the top, just to rub it and make your friends really jealous,you can send your postcards from the highest post box in Scotland; one that also boasts its own special stamp. Jeff Starkey recommends first heading off underneath the Great Glen chair in the direction of Rob Roy.  “This will take about 20 minutes. Then traverse around into Coire Dubh to the Braveheart chair return, which will take around an hour. From Braveheart the return traverse on into Coire an Lochan will take about 30 minutes and you’ll be rewarded with impressive mountain scenery and some wild-feeling terrain.”

Jeff always advises snowshoers to have a chat to the friendly Ski Patrol team who are on hand to provide information on the conditions across the mountain, as well as any help needed with routes and locations.

However, although Jeff is keen to advocate snowshoeing as a sport for all, he is equally quick to remind everyone to make sure they are always properly equipped and stay within their physical and navigational capabilities. “Scottish conditions can be challenging, weather conditions can change quickly and everyone needs to be aware of avalanche risk.”

Taking advantage of Nevis Range Equipment Hire, situated at the gondola base station, I kitted myself out with shoes and poles and set out for the day.  It has five sets of adult sizes, which you can reserve by calling Nevis Range in advance, costing £15.50 per day to hire.  (You’ll also need a gondola ticket, costing £11.50 for each adult.) There are plans to increase the amount of snowshoeing equipment available for hire, if interest in the sport continues to grow. It is also now possible to buy  snowshoes in many of the major outdoor equipment stores throughout the north of Scotland.

Having some knowledge of the mountains around Nevis Range through summer hiking, I was immediately impressed with the territory I could access, simply because of my snowshoes. Although reduced from its record midwinter depths, there was still considerable snow coverage and, despite a fairly heavy mist, the visible scenery was still breathtaking.

Nevis Range certainly caters for its visitors, with a host of attractions and amenities, including the Pinemarten Cafe Bar and Snowgoose Restaurant. Both have amazing views, are perfect for coffee, lunch or afternoon tea and use local produce, particularly the superb meat and fish from the surrounding locality, wherever possible.

The Pinemarten also showcases Nevis Range’s concern for its immediate environment. Built during the harsh winter of 2010/11, care was taken to utilise natural products where possible and the builders and contractors were mostly small local businesses. The timber facing is Lochaber larch from the sawmill seven miles away. At the same time, a woodchip boiler was installed to provide heat and hot water for the base station. Supplied by a local firm right next door on the access road, it is a state of the art system which is intended to lower the centre’s carbon footprint while being very efficient at keeping everyone warm. Skiers, boarders and snowshoers will often find themselves sharing the gondola with experienced climbers on their way to the many challenging winter routes in the surrounding area, as well as handgliders and paragliders. Nevis Range is also a major mountain bike centre, home of the world-famous world cup down hill.

And just as you may be surprised by the snow cover enjoyed in the Scottish Highlands, predictably negative preconceptions about capricious Scottish weather are also not wholly accurate.
“We’ve had our fair share of calm, Alpine days here this winter,” says Heather Negus, head of marketing at Nevis Range, “while the south of the UK was being buffeted by high winds and floods. The weather can be volatile – what’s called ‘four seasons in a day’ around here – but as it changes very rapidly, it’s rarely totally bad for the whole day.”

The development of Lochaber as a major tourism centre, drawing visitors from across the world, throughout the year, is reflected in the growing choice of accommodation options now available in the area. From luxurious hotels to small bed and breakfasts, modern hostels, comfortable guesthouses and traditional inns, all tastes and budgets are catered for. And for hardy types who think nothing of pitching their tent, whatever the weather, remember Scotland allows and encourages responsible wild camping – and the Fort William area also boasts several dedicated campsites that are open throughout the year.

With Lochaber extending from ‘Summit to Sea’, the region is home to some of the finest and freshest seafood and wild game available anywhere in the world. Smoked salmon, speciality cheeses and venison are among some of the perennial favourites and can be sampled in a number of award-winning restaurants in Fort William and surrounding villages. Alternatively, if you want to experience local traditions, including a range of live music with your food, try one of the many historic inns and pubs in the area, some of whom brew their own beer. Have a look at
http://www.outdoorcapital.co.uk/food-and-drink to see what’s on offer.

A newcomer to the restaurant scene, rapidly gaining a reputation for good food in an interesting environment, is the Michelin-listed Lime Tree, which also contains a gallery showcasing local artistic talent, national touring collections and contemporary art exhibitions.

Fort William certainly earns its title of the “Outdoor Capital of the UK” and you will be spoilt for choice for alternative activities.  As well as snowsports, winter climbing and mountain biking, Nevis Range also offers high wire adventures for adults and children, while along the nearby coasts you can try your hand at sea kayaking, white water rafting and canyoning.  Find out about more at: http://www.outdoorcapital.co.uk.

But the West Highlands is not just about adrenaline rushes. Lochaber was once the heartland of the clan system before the Highland Clearances forced much of the population to move south, or across the seas. Glencoe, scene of the infamous massacre, is only a few miles away, and maps and books charting the history of family names and tartans are widely available. The West Highland Museum in the centre of Fort William showcases some interesting aspects of life in the West Highlands, including a section on the 17th century Jacobite Rebellions and a visual history of the Commando HQ in nearby Spean Bridge, which trained members of special forces from around the world during World War Two.

Head west from Fort William (best enjoyed from the train) along the Road to the Isles to Mallaig and you will pass Britain’s highest mountain, deepest loch, shortest river and arrive at its most westerly station. Look in whatever direction, the scenery is superb and, as befits one of Europe’s last wldernesses, the wildlife equally so. From Mallaig a 30-minute ferry crossing will take you on to the romantic Isle of Skye.

Take a wildlife safari to spot some iconic wildlife, including pine martin, red deer and red squirrel, as well as the charismatic “Heilan’ Coo”; cruise along the Caledonian Canal, or further afield to the Inner Hebrides; travel to Ardamurchan, the most westerly point in mainland Britain, with its beautiful Egyptian-style lighthouse, along pristine beaches where you are more likely to be observed by a dolphin, eagle or otter, than another human being: you will be spoilt for choice. Again, http://www.outdoorcapital.co.uk has full details.

And finally, you can’t come to Scotland without sampling its famous national drink: whisky – just don’t spell it with an ‘e’! Not only does Nevis Range offer great snowshoeing, scenery and Scottish hospitality, one of Scotland’s oldest distilleries is right on the doorstep – in fact it’s right under the Ben itself and Britain’s highest mountain appropriately gives its name to the amber nectar it produces. Take a tour, see how whisky is distilled and taste a wee dram before you leave: http://www.bennevisdistillery.com.

HOW TO GET HERE:

Alternatively, it’s easy to get to Glasgow from virtually anywhere in the UK and, from there, the West Highland Line takes you along coasts, lochs, mountains and through the mystical Rannoch Moor on its way to Fort William and then on to Mallaig – no wonder it is regularly voted the best rail journey in the world.

Find out everything you need to know about travelling by train to Fort William at: http://www.seat61.com/WestHighlandLine.htm#.Ux4tVFw8PHg. 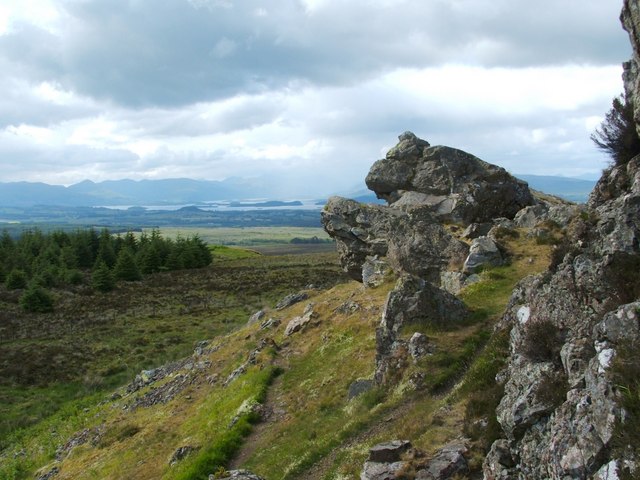