My great, great grandmother on my father’s side of the family was Angelique Beaudoin (pronounced bo-d’uah). She was referred to as a “metis,” meaning that her parents were of mixed races. Her father was French Canadian, and her mother was an Ojibwa Native American. That makes me a descendant of the Ojibwa, and because of that lineage, I am interested in Ojibwa history and culture, including Ojibwa snowshoes. 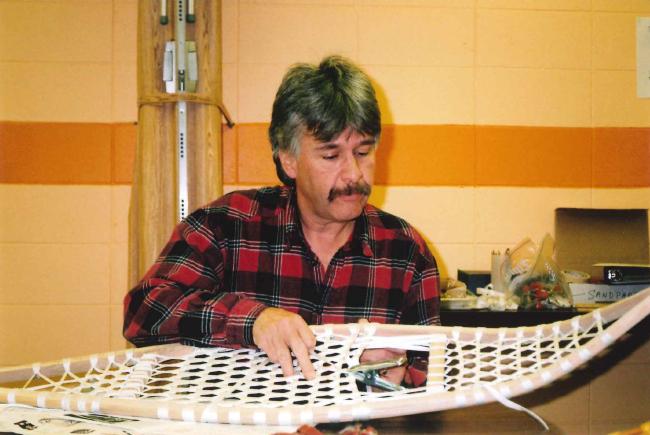 The author with his Ojibwa snowshoes. Photo: Jim Joque

Ojibwa are also called Chippewa. According to information from the American Indian Heritage Foundation, as researched by Glenn Welker in “The Indigenous People,” the U.S. treaties referred to the Ojibwa as Chippewa. Drop the “O” from Ojibwa and say both “jibwa” and “Chippewa,” and they sound quite similar… hence the variation in sound from the native to US government pronunciation. Historical documents reveal several spellings of Ojibwa, such as Odjibwe, Ojibwag, and Ojibway.

And the name Ojibwa was given to them by other tribes meaning “to pucker.” This name referred to the style of moccasin they wore, with the toes sewn inward to keep the snow out. But the Ojibwa refer to themselves as Anishinabe, a word meaning “original people.” Although I have some interest in their linguistics, I am more intrigued by their history, specifically their adaptation to winter using snowshoes. The Ojibwa lived in Great Lakes regions and survived many winters with deep snow.

In 1860, Johann Georg Kohl originally wrote the book titled Kitchi Gami: Life Among the Lake Superior Ojibway. He captured many aspects of life among this tribe at the time. In referencing that which is essential to Ojibwa living, he stated, “This is the snowshoe which is as necessary in winter as the canoe in summer.”  He continued, “Through the whole of North America, all the warriors, hunters, traders, travelers, churchgoers, men, women and children, move about at that period in snowshoes.”

In looking at various historical references (including The Crafts of the Ojibwa: Chippewa by Carrie A Lyford), white ash was most often used for snowshoe frames. Strips of green wood were steamed or heated over a fire to soften the wood until it was pliable. It was then carefully bent to the desired shape. Usually, they inserted two cross pieces of wood to strengthen the frame.

The decking was made of narrow strips of rawhide woven together and tied to the frame. Depending on the era, the hide came from moose, deer, elk, caribou, and horse. Lyford wrote that the Ojibwa used a hexagonal weave in the netting of the snowshoe. For bindings, they fastened a piece of leather on the decking where the foot lays, and a leather wrap came across the instep to hold the foot in place.

The Ojibwa woman walked on “Bearpaw” snowshoes. They were short and oval or near-round shoes that were good for maneuvering around the camps and villages. The men often wore a long and narrow snowshoe that would provide good tracking (to aid in traveling in a straight line) when in deep snow and out in open fields or in the forests as they hunted.

Of significance is that the natives created their own design for a snowshoe. This design would aid them when hunting on varying terrain of the Great Lakes region.

The snowshoes made for tracking had a long pointed tail and a long pointed turned-up toe. One reason for the front point was so the ‘shoe could slide gracefully through snow and brush that surfaced above the snow. Today this wood-framed snowshoe with points on both ends is called the “Ojibwa snowshoe.”

Johann Geog Kohl wrote, “The nature of the ground to be traversed regulates to a considerable extent the form and size of the snowshoe.” The size would vary depending on their use and terrain. Some were 5 feet (1.5 m) in length or longer and one and a half feet (0.45 m) in width on average. 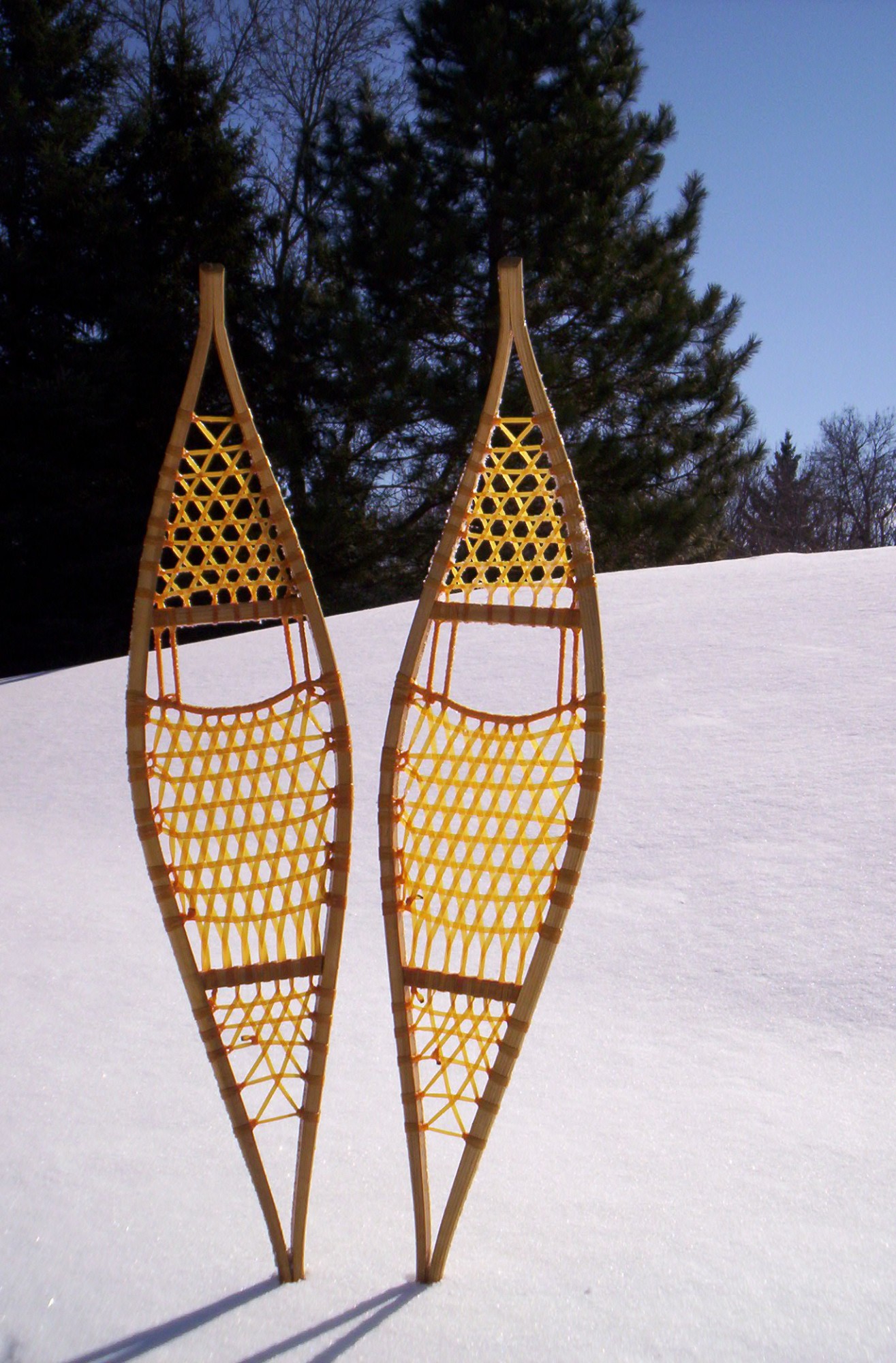 An interesting Ojibwa tradition was the snowshoe dance. In an 1835 painting by George Catlin titled Snowshoe Dance at the First Snowfall, the artist depicted native hunters wearing snowshoes while dancing around a pair of snowshoes suspended from a tall pole during a snowfall. The dance was in hopes of having a successful hunt during the coming winter season. Snowshoes to the Ojibwa definitely had a significant place in their traditions and history.

In referencing A Dictionary of the Ojibwa Language by Frederic Beraga, “agim” is the native’s word for snowshoe. Furthermore, “nind agimosse” means “I walk with snowshoes.” Johann Georg Kohl indicated that the Ojibwa name for snowshoe probably came from the word “agimak,” meaning ash wood. Ash wood, as we learned, is a common material for most snowshoe frames.

“Nind agimike” means “I make snowshoes.” So, I decided nind agimike in a snowshoe weaving class to get a feel for the Ojibwa snowshoe. I actually didn’t make the shoe itself, but I weaved the snowshoe deck from a kit.

Crafting My Own Snowshoes

Several years ago, I attended a weekend course at a university environmental education center. Students had choices of selecting one of a few snowshoe kits, including Bearpaw, Alaskans, and Ojibwa snowshoes. I, of course, selected the Ojibwa. The kits were made by Country Ways of Wilcox and Williams Inc., a popular traditional snowshoe manufacturing company out of Minneapolis, Minnesota.

We began class on Friday evening. The first task was sanding the white ash frames and measuring out many feet of tubular nylon lacing. It was not too bad of a start to the course. But by Saturday, I started to question my skills since I spent from 9 a.m. to 9 p.m. (with only two half-hour lunch breaks) weaving and having to backtrack when making an error in my pattern. I hate backtracking anything. So it definitely tried my patience.

The instructor would say, “Pay attention to the golden crossover rule.” This rule requires lacing with rights over lefts and under horizontals, lefts over horizontals and under rights, and horizontals over rights and under lefts. I was definitely experiencing a weaving challenge, much less a headache.

After a while, I caught on. By noon on Sunday, I had completed weaving a beautiful pair of Ojibwa snowshoes. Alas, all I had left to do was the varnishing and adding on the bindings.

I felt a connection to my snowshoes, having had a part in putting them together. I also felt a connection to Ojibwa history by experiencing in a very small way what my ancestors may have experienced as they too weaved to make their snowshoes. But their weaving was for necessity, whereas mine was for recreation. A vast difference, I realize.

Read More: Making Your Own Snowshoes From Scratch

For my maiden voyage, I took to the Big Eau Pleine Flowage shoreline in central Wisconsin, where I live. The flowage offered me a wide-open flat terrain with deep snow. Thus, it was exhilarating! I loved the feel of nearly walking on snow. It is amazing how with all my snowshoeing experience on aluminum frame snowshoes and my traditional Bearpaws, I really have not felt floatation like I did on these larger Ojibwa snowshoes.

When listening to the swishing of my Ojibwa snowshoes as I take a peaceful hike on a secluded Wisconsin or Upper Michigan trail, I will think about my great, great grandmother Angelique. I guess that as a child, she used snowshoes as a way of life. It is conceivable that her Ojibwa grandfather hunted on snowshoes and her grandmother gathered firewood while the children ran and played games, all on their snowshoes.

And who knows, when hiking on my Ojibwa snowshoes, I may cross paths with one of Angelique’s past paths or the paths of my other Ojibwa ancestors from centuries ago. I will never know. But it holds special meaning to know that it could happen.

This story is based in part on an article published by Jim Joque in Silent Sports magazine, “The Path of Ojibwa Snowshoes,” in January 2006. This article originally appeared online at snowshoemag.com on March 3, 2012. It was updated on February 23, 2021, to include new information. 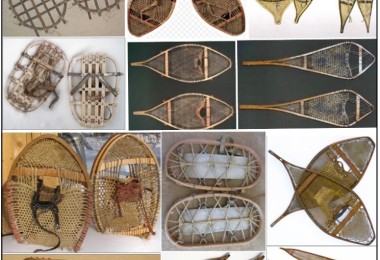 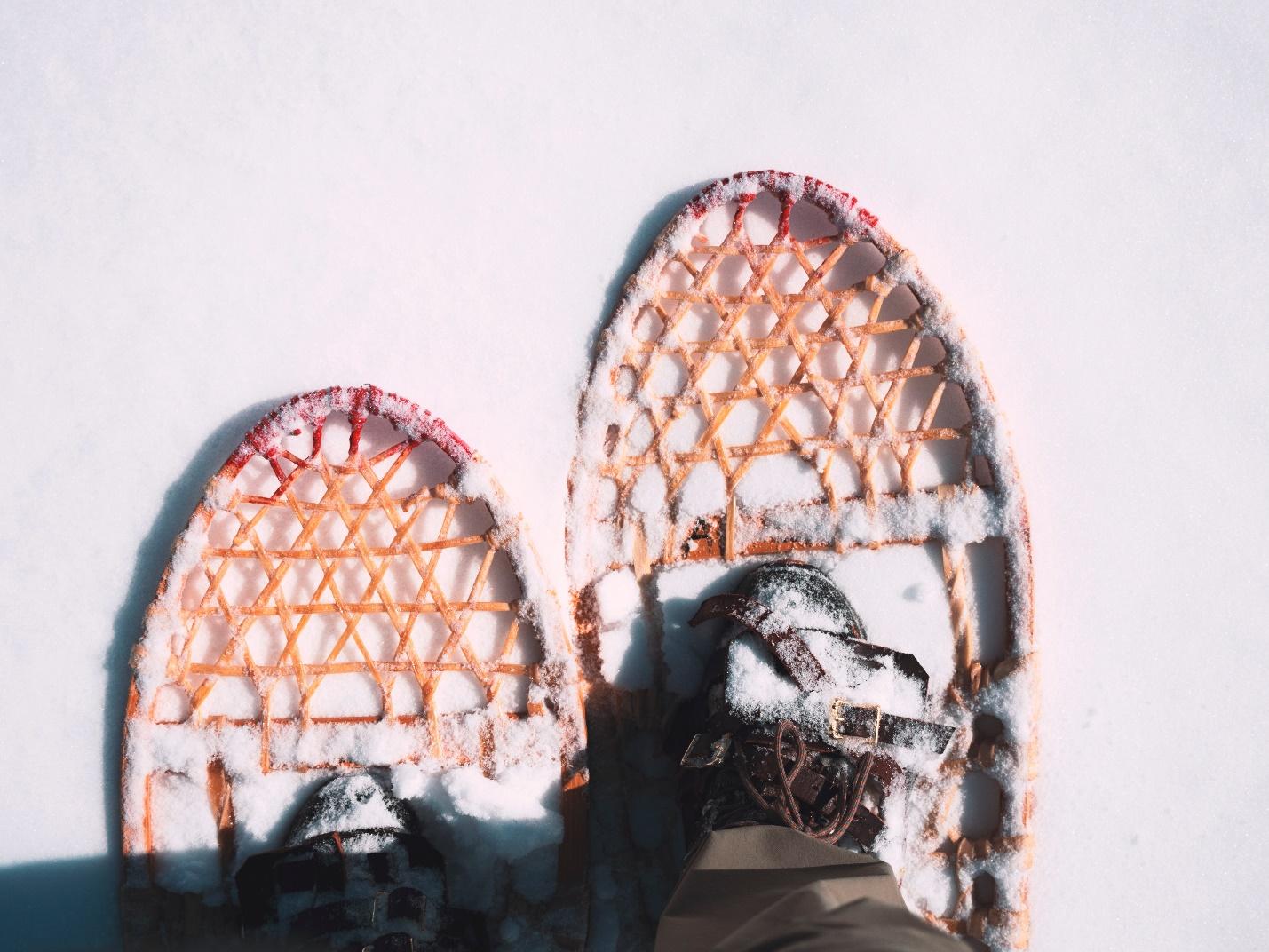 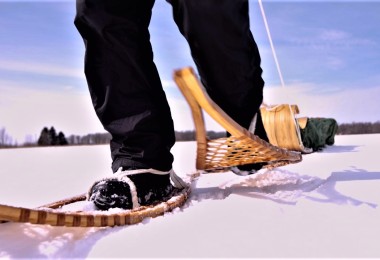 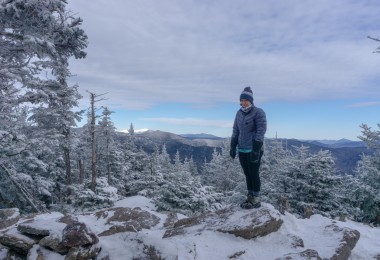