When you think of the Pyrenees, the first country that tends to come to mind is France. But the mountains stretch over the border into the Catalonian region of Spain, where you’ll find a whole range of resorts catering for winter sports – including, of course, snowshoeing.

I recently visited the Lleida district of Catalonia on a trip to find out what the region has to offer winter sports enthusiasts. Although much of my time was spent learning to ski, I was most looking forward to the final evening, when we were scheduled to take part in an after-hours snowshoe trek. I’d never been snowshoeing before and was really looking forward to trying it out. 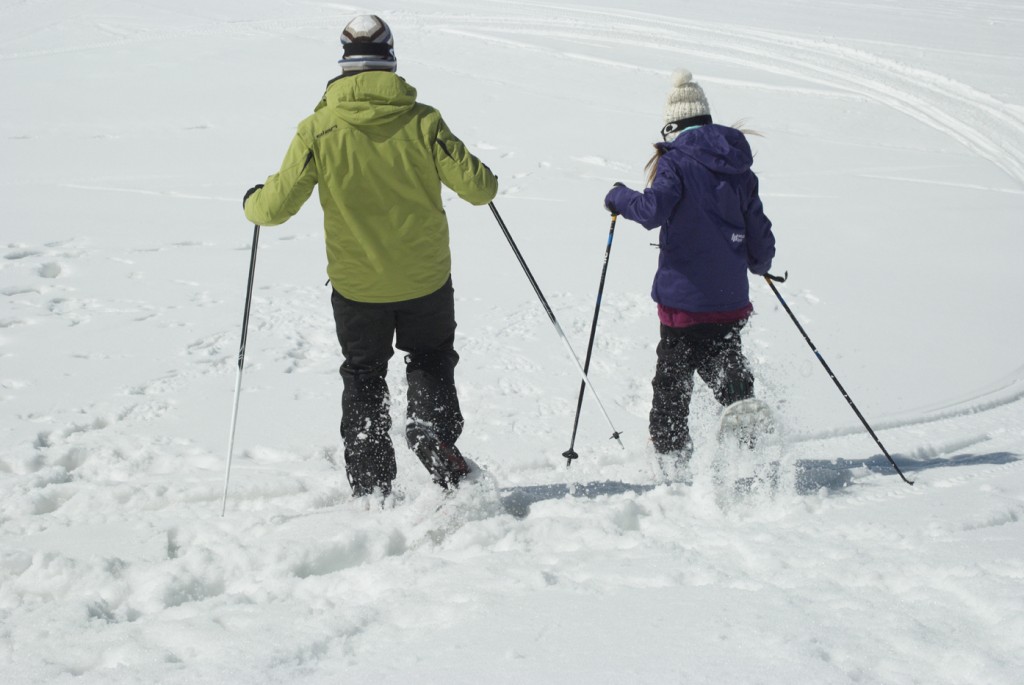 Port Ainé lies below the Pic de I’Orri, which stands at an impressive 8,000 feet. This height, combined with the fact that almost all of the slopes at the resort are north facing, means that the snow at the resort is really good quality – even relatively late in the season.

The resort, with its 30km of slopes is very popular with families and school groups so it’s a great place to visit if you’re learning – the instructors are well-used to working with beginners and the quiet slopes mean there’s practically no queue for the lifts.

Our snowshoe walk started at 6 p.m., just as the light was starting to fade. We clipped ourselves into our snowshoes and started up the deserted pistes towards our first stop on the edge of the forest.

As we wound away around the pistes and forest of the resort, our walk leader told us all about the area – from the wildlife that inhabits the forest to the tales of those that escaped over the Pyrenean passes during World War II.

We reached the highest part of our trek just in time to see the sun set behind the mountains. 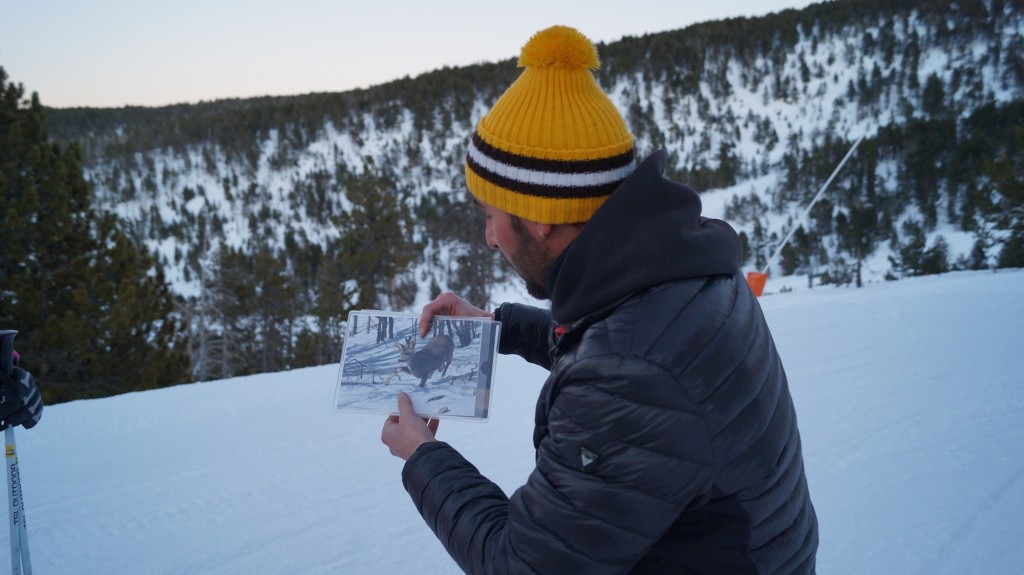 The trek really was a true highlight of the trip. It was amazing to walk up the silent slopes just hours after they were filled with hundreds of people. The only sounds were that of our voices and of the snowshoes crunching in the snow – it really felt like we were the only people in the universe!

A two-hour snowshoe trek at Port Ainé costs €28 for two hours and €35 for three hours.

My trek was the perfect introduction to snowshoeing, but if you’re more experienced or you prefer to go out on your own, there are lots of other options.

And those are just the options in the Lleida area. Across the whole of Catalonia there’s over 700km of snowshoeing routes available. Wikiloc (http://en.wikiloc.com/trails/snowshoeing/spain/catalonia) lists more than 1,500 routes for the area with everything from easy strolls of a couple of miles to routes only suitable for experts.

What Else is There to Get Up To?

The winter sports season in Catalonia generally lasts from December until April/May. I visited later in the season and the great thing about that was that the weather was fantastic. When I was at the resort, I got to ski under blue skies and warm sunshine. And when I left the slopes and headed down the to lower altitudes, the weather was perfect to check out what else the Lleida area had to offer.

I was in Catalonia as a guest of Catalunya Tourim (http://www.catalunya.com/) on behalf of Travel with a Mate (http://www.travelwithamate.com/), but all opinions (and newly-discovered snowshoe obsessions) are my own.