Commemorating the “greatest feat of survival in the history of Polar Exploration,” (1) the Arrowhead 135 Ernest Shackleton Endurance Award honors a very special finisher: the competitor who endures the most time making way on the course. 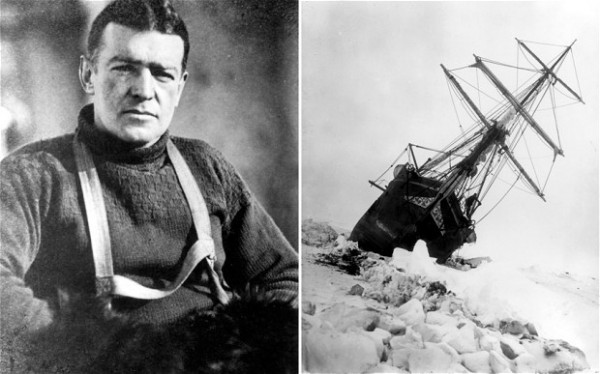 One of the “World’s Toughest Endurance Challenges,” as the book of the same name recognizes Arrowhead, it is fitting that Shackleton’s venture and his crew are immortalized in this annual event. I wrote in “The 300-Mile Man“: The Tuscobia 150 creates a true companion race for the granddaddy of U.S. continental winter ultras, the Arrowhead 135 staged in northern Minnesota. The well-known Badwater 135 challenges a parched desert endured in Death Valley as the marquis summer endurance event; Arrowhead is winter’s frigid reply. 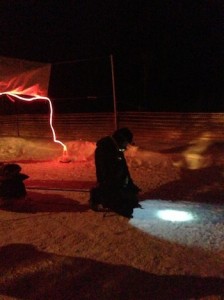 Shackleton, a veteran polar explorer, dreamed of becoming the first to cross Antarctica. The movie “Shackleton,” an A&E production, portrays him as a driven, confident–even cocky–entrepreneur who first has to raise the money to fund such an outrageous trek. Played by Kenneth Branagh, who uncannily resembles Shackleton, one is able to experience skills and drive needed to survive and finish an expedition. His bravado arouses the heart of contributors who give important sums. He fought many of the same issues those who seek to lead in any enterprise find: credulousness, nay-sayers, bill collectors, personal challenges and more.

The second DVD of the two-part story follows his crew into misery: their ship, the Endurance, is crushed in the middle of a frozen jungle. Tons of 20-foot popsicles twisted the vessel to matchsticks. The 27 men are stranded on frozen Elephant Island with no hope of rescue. The nearest possible inhabitants dwell nearly 1000 miles away over the cruelest oceans on the globe. Shackleton, knowing if they just stay in this “frozen hell,” (2) all will die. 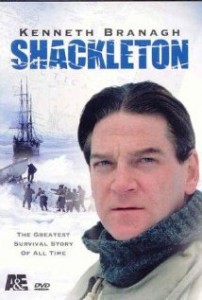 There are two and three DVD versions of this A&E film. My library copy contained two, the standard movie version. The third DVD contains “The Making of Shackleton, Biography’s Shackleton program, and 2-Hour Antarctica feature.

He casts off on a journey to reach South Georgia in a small 22-foot  lifeboat with a few of the men. In this shot-in-the-dark chance of survival, their boat moved at the mercy of blizzard winds. Extreme conditions and horrific waves became the norm including the largest wave these experienced sailors had ever seen.

Arriving at South Georgia, having endured hurricane winds that unknown to them had sunk a 500-ton steamer, Shackleton and part of the team then chose to hike over frozen, deadly mountains. The route, never traveled, threatened them with crevasses hidden under unsupported snow, a trap to swallow the team. Bergschrunds blocked their attempts to reach their destination, the small whaling town at Stromness. Once there, 27 days from their launch, telling their story, gathering help and supplies for the rescue, the group headed back to save crew members stranded on Elephant Island. 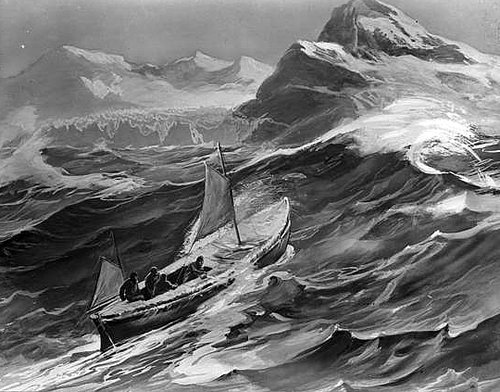 This ranks at the top of the most difficult survival story in history. The PBS documentary “Chasing Shackleton” follows that route of survival as one experiences film and commentary of those who braved the tracking of the original route. One can only feel the incredible fear yet bravery the original six expedition members faced on their suicide mission attempting to save all their lives. These men in the documentary who followed in Shackleton’s footsteps suffered their own challenges, overcoming disasters of their own. The only constant? 16-meter waves rolling over their tiny boat.

The Arrowhead 135 self-describes as “Historically (the) coldest gosh darn race anyplace even the Arctic.” Entrants attempt the distance using skis, special snowbikes, or just their running feet. Winter racing expert, Chris Scotch who co-directs the Tuscobia Winter Ultras with the skilled distance runner and wife, Helen, wrote, “Arrowhead doesn’t care how many times you have finished before, what kind of shape you are in, or what you have won in the past; to the Arrowhead, we are all fair game to its whims.”  Five-time medalist including three wins, John Storkamp, told me how challenging Arrowhead becomes when I asked how an accomplished winter endurance like him had not finished three of the races. He flatly answered, “Phillip, it is a real hard race.” 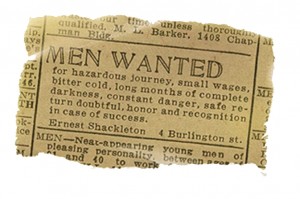 Would You Respond to this Ad?

The Ernest Shackleton Endurance Award recognizes the expedition by bestowing this honor on the person who spends the most time on Arrowhead’s trails. The rule is one makes forward progress, meaning time in the aid stations does not count. Roberto Marron, the 2014 winner, turned and repeated the distance once again after the finish, meaning for fun, he raced it again on his own; that is another 135 miles. Incredibly, so did 2013 winner, Chris Scotch when he, too, won the award. The doubling of these cruel, tough endurance events remains an incredible footnote to the skills required to even cover the original race’s distance.

In the 2014 finish Carla Goulart, Brazil, though on the course longer than Marron, did not qualify for the prize because she timed out; crossing underneath the banners fell past the maximum limit for an official finish. 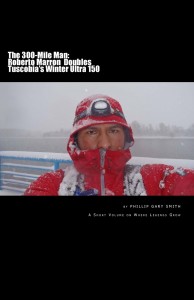 2014 marks the 100-year anniversary of the original Shackleton adventure. That all survived the horrific conditions belies credibility, but it happened. Should you want to view these films, the DVD “Shackleton” is available for purchase at online sources or at your library. The Hennepin County Library system that serves the Minneapolis metro is incredibly helpful in acquiring these research materials. 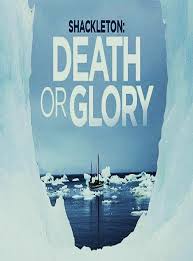 Sounds like a title Endurance racer, John Storkamp, would create.

The PBS video, “Chasing Shackleton” can be accessed through a DVD or free online videos.

Ernest Shackleton possessed an incredible optimism that allowed him to conceive and execute this adventure. Custer-like in believing in his own infallibility, he differed with the disgraced warrior as he was able to return his men safely home.

Now entering its second decade, the Arrowhead 135,  an original idea of endurance by Pierre Ostor, is a perfect event to appreciate the Shackleton adventure. Now directed by Ken and Jackie Krueger, the Arrowhead stands ready to continue years and years of tough winter tests while annually recognizing the exploits of this wild optimist; Shackleton’s journey will live as long as civilization. 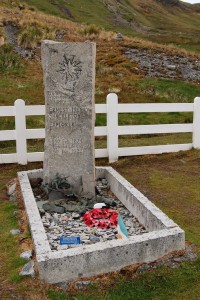 The ultimate leader rescued all of his men, forever creating a legacy bigger than the original expedition.

When Shackleton died at age 47 of a heart attack, he was at South Georgia preparing a completion of his original adventure; fittingly, he is buried there. 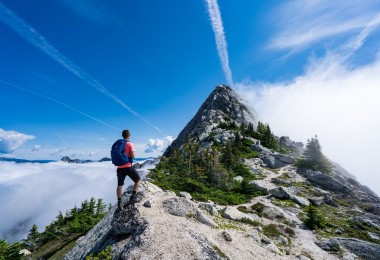 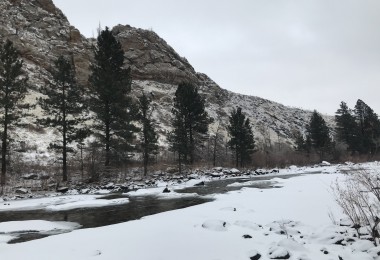