Advanced muscle growth and repair in a capsule? While sleeping! What is this, a late night infomercial? No. It is for real, an advancement, NightTime Optimizer (N.O.) created by the think-tank of Wilderness Athlete (WA), the authority on outdoor performance nutrition™.

Their credibility reaches back to the University of Kansas track team circa 1980 when a young discus thrower named Mark Paulson captained a Big Eight championship. From winning then to winning now, Paulson understands in leadership the value of the team effort. At the Jayhawks, it was track and field. Having created WA and coaching at the University of New Mexico, now it’s thinking and creating, strength and conditioning. 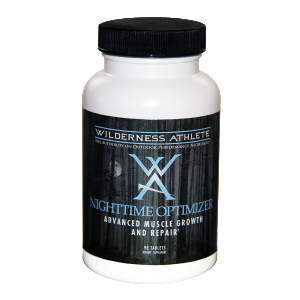 Maximize results of training; include the nutritional support of Nighttime Optimizer into your routine daily

But how does one build muscle and enhance physical recovery by using N.O. while sleeping? I sought answers by climbing the Rockies outside of Boulder to find Jeff Kildahl, Ph.D., Wellness Editor at Snowshoe Magazine and founder of The Wholistic Edge®. There he sat, perched on his own boulder, royal robes flowing outwardly. I don’t have to ask; he knows intuitively what I want.

“Sleep is likely one of the least understood physiological processes,” he says. “Quality sleep reduces sleep quantity requirements. Adequate quality sleep is paramount for regeneration, long-term health, and endurance sport performance. Bodily cues for sleep are too often ignored, but the cumulative effects on health are profound. One of the pervasive misconceptions about exercise is that it produces energy. The truth is it requires energy; a lot of it. How much sleep one needs is an individual proposition. The instinctive answer: enough. The intellectual answer is more difficult to pinpoint. Sleep is an antioxidant for your brain that ought be as instinctive as knowing when to use the bathroom.”

Yes, and tell that—”sleeping as instinctive as knowing when to use the bathroom”—to the one who finds you napping in that office chair. My cute comment rates a whack on the hand; then Doc Rock continues: 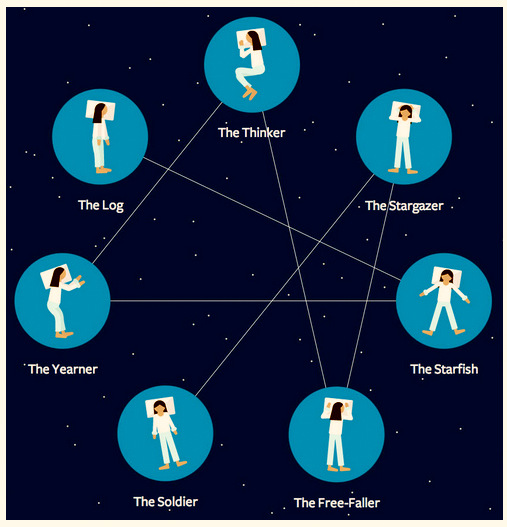 “You see, sleep is about regeneration. Growth occurs when anabolism—the constructive process—outpaces catabolism, the destructive process that accelerate during exertion. Your body expends an incredible amount of energy during growth and repair; therefore, one must honor its plea for increased quality sleep. The key to quality sleep is maximizing melatonin levels while mitigating cortisol levels. Melatonin is a hormone and potent antioxidant produced by the pineal gland in the absence of light and electronic stimulation. It induces sleep, regulates circadian rhythms, protects against inflammation, influences growth hormone activity, and protects the brain from infection. 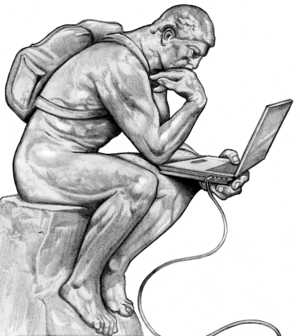 Rare image of one of the WA Formulators

The Doc pauses for a breath, so I quickly get a word in. “I get it; the body is begging for help and N.O. is the answer, yes?”

Doc Rock shakes his head in agreement or amusement or both. “Now let me tell you how and why. Let’s look at the Nighttime Optimizer label one ingredient at a time.

The catalyst for the foregoing benefits is L-arginine pyroglutamate known as LAP. L-arginine is vital to cardiovascular health. It helps lower blood pressure, decrease platelet accumulation, increase blood flow, boost the immune system and athletic performance, among other benefits. L-arginine is a vasodilator and precursor to nitric oxide, an invaluable component to manifest blood vessel elasticity, which enhances circulation to muscles and organs. Nitric oxide molecules have many benefits. Let me list them on the white board.” 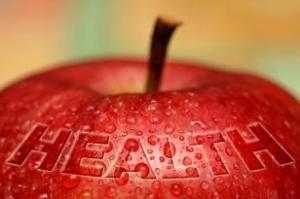 From behind the boulder, out comes a white board with the benefits already spelled out. He places it on a tripod that magically appears; how did he know?

“Now walk down this list with me.” And with a pointer, he slaps the board while noting each benefit:

Now I get it! I shout out, “N.O. assists the body to recover and strengthen at the time it is most receptive for that, when asleep.”

“Yes, dear student, but that’s not all.” With that, Doc brings out a second white board—how did he know?—where the following ingredient list stands out: 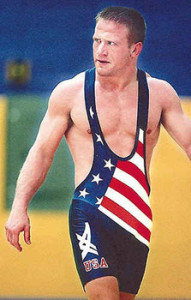 L-Ornithine: Eliminates acidic by-products during the urea cycle. Converted by the kidneys to arginine to improve elasticity as a vasodilator, produces collagen for connective tissue, enhances strength and endurance.

Maca: an adaptogen that increases energy via nourishment versus stimulation. It regenerates the adrenal glands to offset the effects of elevated cortisol levels. The catalyst for chronic and degenerative diseases and ailments is a weakened, inefficient hormonal system. Maca is a precursor for serotonin, a chemical released by the pituitary gland. The pituitary gland is part of the endocrine system. It releases a growth hormone that facilitates maintenance and regeneration of tissue throughout the body. The release of serotonin has a profound impact on our mood. Maca improves endurance, promotes efficient muscle contractions, and enhances libido via the superior bioavailability of the extract in Nighttime Optimizer.” 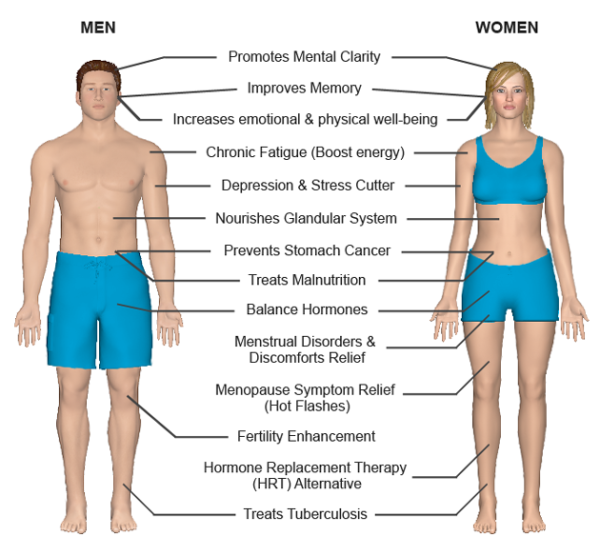 Benefits of maca displayed are from www.trustinfood.org “a team of researchers who have worked very hard to gather evidence and professional opinions about the Trust In Food”

I asked the Formulators at WA why maca isn’t a higher dose than 300mg if it is so important. A courier took the message and disappeared into the Phoenix desert mountains, the home of Wilderness Athlete’s research cavern. “You can’t follow me,” he yelled as he disappeared up the arroyo.

The answer to my question I find later. Like the Johnny Rivers song “Memphis, Tennessee,” the message is written on the wall, and it contains a real nugget:

Wilderness Athlete’s Nighttime Optimizer utilizes a high potency maca extract which concentrates the active constituents and removes the extraneous materials that have little biological activity, such as starch and cellulose.  Based on the extraction methodology and presence of such actives as the glucosinolates, the 300mg serving size of maca in the Nighttime Optimizer is equivalent to 3g  (3000mg) of powdered maca root and is not subject to fluctuation of actives due to growing conditions, storage, and sub-species.

Doc Rock concluded  his presentation: “The key to harmonizing your aspirations in life and sport is regeneration from the inside out via quality sleep. Nighttime Optimizer will help facilitate your dreams into reality . . . but only when it becomes important to you.” With that he turned, heading down the mountain. Looking back over his shoulder he called out, “Take care of those white boards, will you?”

My personal three-month test showed results in the first two weeks. I felt it in my chest and core before I realized why. Then like a key in a lock, the answer opened the door: Yes, I supplemented with N.O., it works!

From the idyllic prairie town of Verndale, Minnesota, with the Wing River flowing past big woods and small pine groves, Paulson adopted the outdoors as his own. His high school days included All-State recognition in just about everything athletic. The Chippewa National Forest to the north called to Paulson like a Sirens song but just as the railroad passing through, he moved on to more discovery. 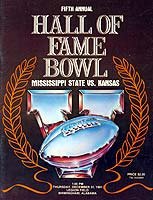 Starting track at Moorhead State, he competed at Kansas where he found his taste of coaching under Mike Clark. He signed for a go with the NFL’s Cleveland Browns after walking on the Jayhawk’s football team in his senior year, earning a trip to a bowl game. His profession led him to Columbia’s University of South Carolina where he learned strength and conditioning from a master, Keith Kephart. Moving to California’s Long Beach State in the mid-1980s, his nickname “The Terminator” came from his stout build and constant sunglasses. One grad from Long Beach would be a good master to keep company: Steven Spielberg.

The mysterious creative spell from living in New Mexico, afflicting writers and artists alike, cast its net over Paulson. The Lobos of the University of New Mexico settled he and his family in Albuquerque where he has coached and created WA for over a quarter-century. He is one of the élite in his profession, honored as a Master Strength and Conditioning Coach.

Mark Paulsen (3rd from R) 2002 MSCC award in only the honor’s second year.

From the ancient sport of the discus throw, stretching back to 700 BC, to modern Olympic Games, one may recognize the metaphor in Paulson’s life from the flight of that disk. The technique of a good throw requires mastery of form and years of experience. It is not easy. The sport, though, demands, but rewards, incredible detail as requirements measure in the centimeters and the smallest degrees.

Surrounded by his teammates at Wilderness Athlete, where discus throwers are the formulators, Paulson seeks new ideas, giving them air for development. Take a look at WA’s creative force spinning within that competitor’s circle while comparing with others making me-too products. The entire six steps of an ideal discus throw mirror those of WA product development. The words may be different, but the thrust remains similar: Wind up, rhythmic movement, balance, right leg engine, orbit and delivery. 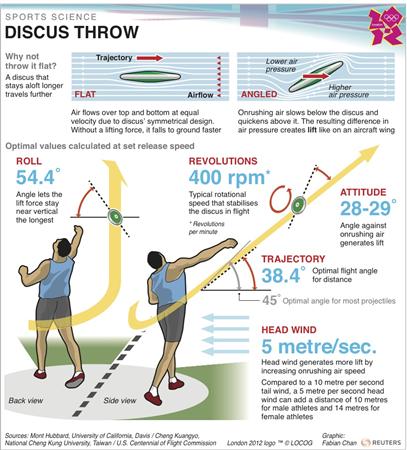 Consider the Wilderness Athlete farmer’s market in-a-jug called Green Infusion. A little scoop is an all-day’s requirement of fruits and vegetables. How did they do that?

Look at the one-of-a-kind Ultimate Pre-Workout. These little tablets aid the body in utilizing fuel and available oxygen to achieve maximum potential in an athletic contest like snowshoeing, winter endurance contests, or trail racing. Ever how you would perform without Ultimate Pre-Workout, you will perform better with it.

What other performance nutrition company is doing this? As Frankie Valli and the Four Seasons once sang, “Silence is Golden.” The answer is none. 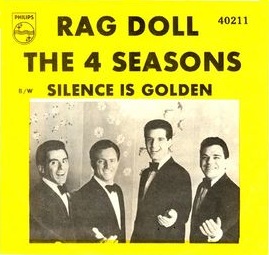 I’ve been included on some of Wilderness Athlete’s internal correspondence when it comes to products, ingredients and their internal creative process. Having experienced product development in my professional career, instincts tell me the atmosphere there facilitates open dialogue with back-and-forth product creation and invention. That’s where the Nighttime Optimizer comes from.

The only question . . . wonder what trajectory the next discus they throw follows.