The world-famous Québec Winter Carnival hosted winter’s fastest growing sport, snowshoeing, as a part of its thundering program of parades, shows, sculptures, and fun. What a deal! 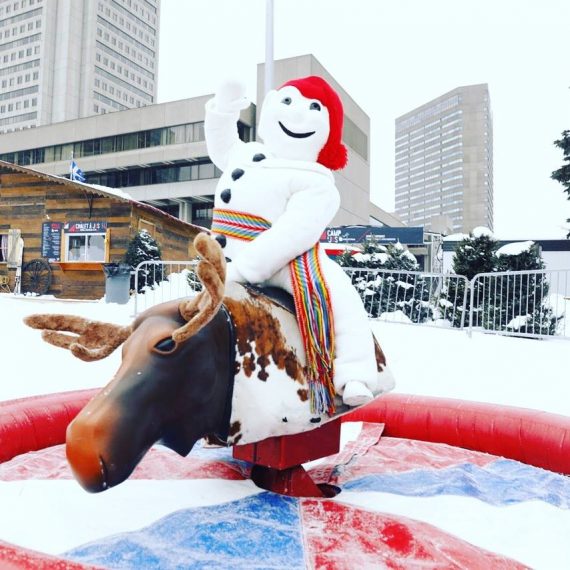 Raced under the auspices of the World Snowshoe Federation (WSSF), this inaugural edition of the North American Snowshoe Championships featured unique twists in competitive snowshoe racing such as a nighttime start.

And a hometown champion.

Lining up at 7 p.m., the two distances of 5 km and 10 km featured some of the top snowshoe athletes in the world. One notable participant includes the overall 10 km winner, Maxime Leboeuf from Québec, the 2016 World Snowshoe Federation Champion. He won in 41 minutes, 27 seconds [41:21]. 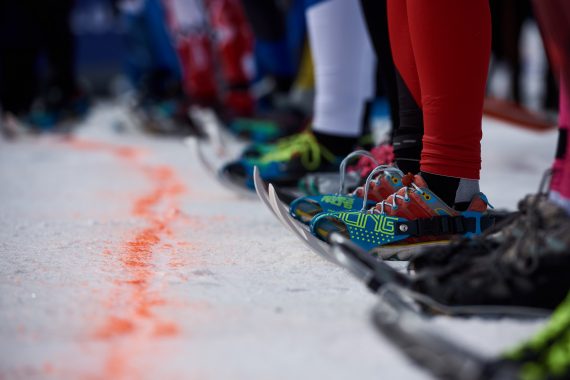 Canada’s own Celine Renaud from nearby Victoriaville, the most senior woman in this distance, captured the class gold in 44:10 and also nailed a top-five overall.

Special note here for Alberta’s Wendy Ey who scored my newly invented “final finisher” award for her 1:21:49.  She did not finish last when one includes the race DNFs and those who entered but didn’t make a start. 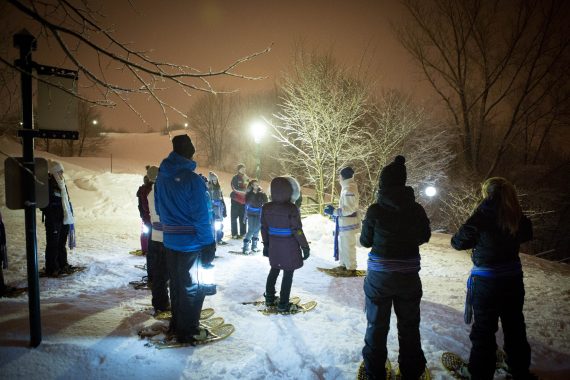 Beauty in the Plains of Abraham at night (photo courtesy ccbn-nbc.gc.ca)

For the Junior class, Ontario’s Sephira Ely won the girl’s gold with her 38:01 crossing. Quebec’s Alexis Denault-Lemaire scored the boy’s win and fourth overall in 28:01 while Emerik Synnett snagged silver in 34:09.

The only participant in the 70+ class for either distance, Helene Jutras of Victoriaville, raced her 5 km for an impressive 42:10 finish.

The tough cold enhanced by a bitter breeze quickly blew by, forgotten, as competitors generated their heated steam in this demanding sport. Spectators lining the meandering course enjoyed racer’s headlights passing in the night through the Plains of Abraham in the shadow of the wonderfully modern National Museum of Fine Arts. 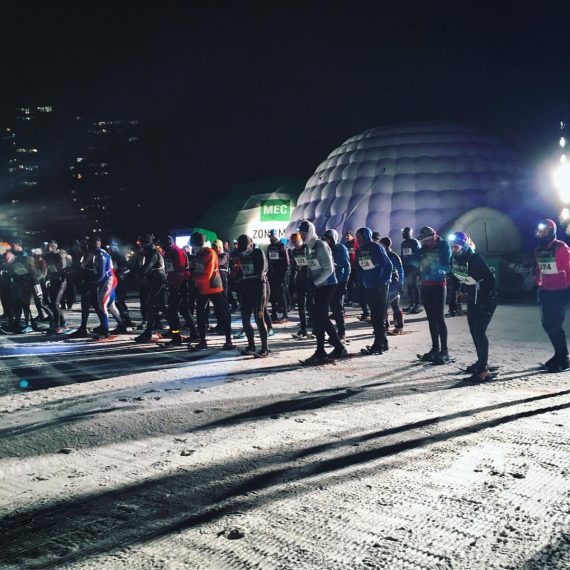 An exciting but unusual sight: the start of a snowshoe race on Friday night (courtesy Pentathlon des Neiges) 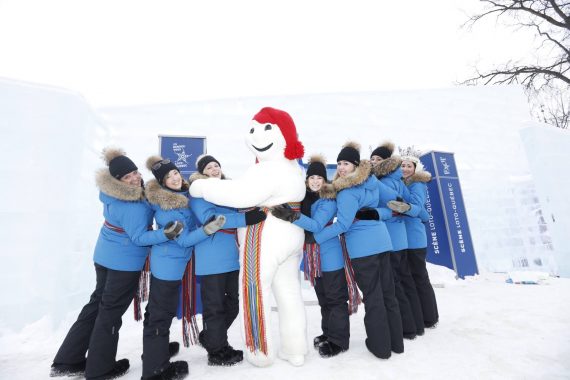 Hillman’s top 10 lists for travelers ranks the world’s best carnivals. Sharing the honor with cities such as Rio, Trinidad, Venice and New Orléans, Quebec’s Winter Carnival rates a 9-of-10, the only festival with the word “winter” in its name. Combining a host of athletic competitions along with the week of festivities, Canada presents warmth that’s all about fun in the snow, cold and ice.

The 2018 North American Championships race in the USA. No site or date information available yet. Contact Mark Elmore, Sports Director of the United States Snowshoe Association, if you would like to host the event in your backyard.