Fall on the north shore of Lake Superior in Minnesota contends for one of the most gorgeous places in the upper Midwest. That being said, what better time and place for ultra running races. This year’s running of the Fall Superior Trail Races, consisting of the Moose Marathon, Superior 50 Mile, and the Sawtooth 100, were run on Sept. 7-8. 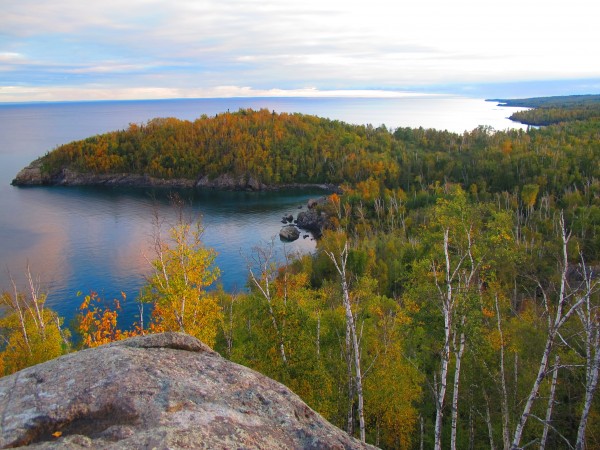 All of these races begin at their given distance south from Lutsen, Minnesota on the Superior Hiking Trail, which is no “Bambi” trail. John Storkamp, the race director, coined the words “Rugged….Relentless….Remote”, which may be an understatement as they are some of the most technical races in the country. Rocks, roots, nasty climbs, and butt slides define what “technical” means on the Superior Hiking Trail. It’s not a matter of if you fall while racing, it’s how many times you fall.

The name of the longest race is the Sawtooth 100. Why “Sawtooth”, you ask? Well, if you take a look at the elevation chart you will see why this range is named the Sawtooth Mountains. The Sawtooth 100 has a cumulative vertical gain of ~21,000 ft and cumulative descent of ~21,000 ft. These accents and descents seem to take on a random personality, not allowing the runner to get into any sort of rhythm, let alone the rocks and roots interrupting rhythm.

Even with these challenges, this year’s races had above average finishing rates, mostly due to the almost perfect weather. Years past were known as either “the year it poured all night and the fog was so thick you could maybe see a whole five feet” or “the year the heat and humidity was unbearable, even at night.” 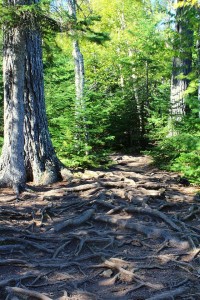 This year, the races hosted runners from 36 states and Canada, and had the largest field to date, so the numerous racers and volunteers were very grateful for the cooperative weather. Nonetheless, completing the Moose Marathon or the Superior 50 on any given year is a feat and completing the Sawtooth 100 is an incredible feat. Those who conquered the courses and their times can be found on the Fall Superior Trail Races website.

The Sawtooth 100 was the fourth challenge in 2012 Wilderness Athlete Gnarly Bandit Ultra Trail Series, offered by Upper Midwest Trail Runners. All athletes who complete all five races receive an equal portion of the $600 bounty put up by Wilderness Athlete Performance Products, as well as a coveted work of art by Rock Steady Racing’s own John Storkamp. 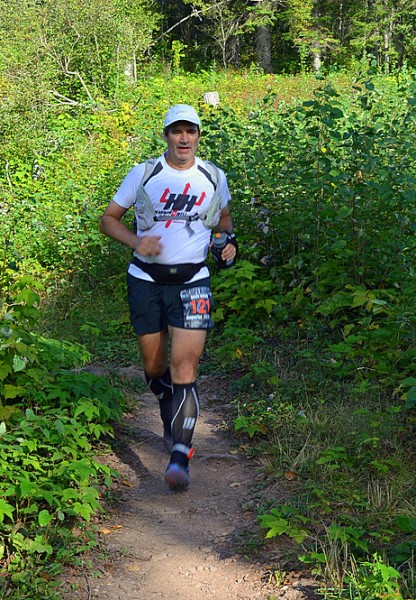 The Gnarly Bandit himself could be seen hovering behind nearby trees as these runners made their final preparations prior to the gun. The Gnarly Bandit was carefully observing and tediously plotting for each runner’s demise. As soon as 10 miles into the race, some of these runners felt the heavy pressure of the Bandit. For others, the Bandit couldn’t seriously hamper their race until miles much further on, but the Bandit never gave up. 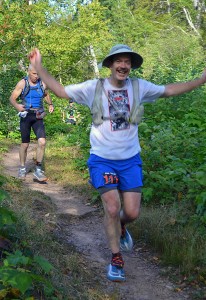 John Taylor being his usual self and enjoying the day! (Photo credit: Londell Pease)

The three who succumbed to the Bandit did not go down without a fight all the way to the soul of their being. Better to have fought than never even having the courage to start.

The final remaining test in the Gnarly Bandit series is the Wild Duluth 100K which is run on the Superior Hiking Trail through the city of Duluth, Minnesota. The Wild Duluth 100K promises to be nearly as challenging as the Sawtooth 100, with the lesser distance being the only leniency. But of course, it’s only a 100K! What are the runners going to do with the rest of their weekend?!?