But first, a recap of that remarkable and icy 2018 event:

MDRA 7 Mile runners woke to a—surprise!—screaming snow event on the blustery Saturday morning in the last day of March 2018. A natural comeback might be “You must be joking”, except April Fool’s Day waited one day away. 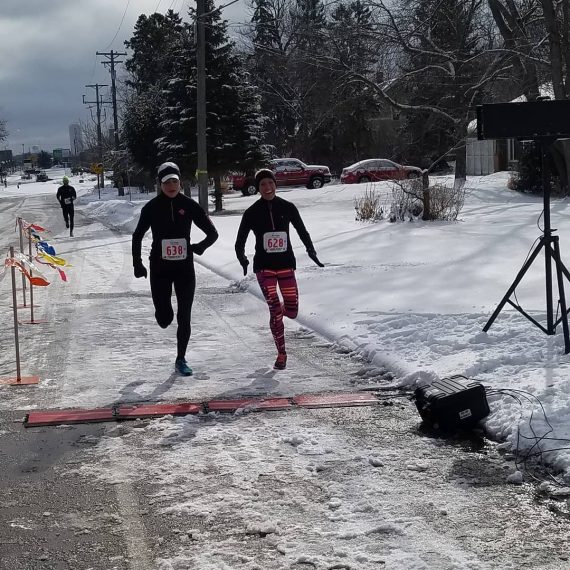 Race Director Heidi Miler told anxious entrants, who waited to brave the slick surfaces as temperatures continued dropping, sealing all melted flakes: “Use this as a training run today.” 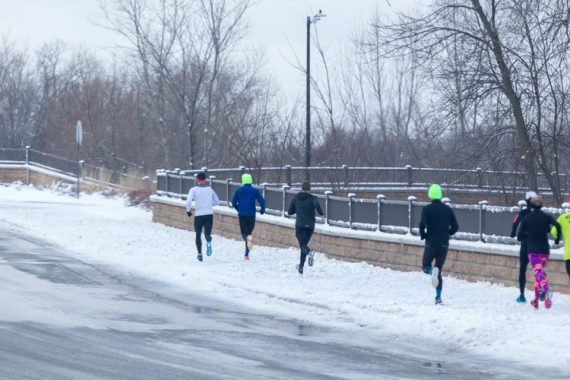 That advice fell on frozen ears as 11 managed a six-minute-mile pace. Scott Mittman’s 6:02 led the field and landed a 42:18 overall win for Iowa’s only entrant.

Well off the race record, Mittman’s Luther College cross-country experience—securing two All-Iowa Conference awards earlier in the decade—came in handy with the 7’s slippery surfaces. Selection to the All-Academic Team three times led to a 2017 Northern Arizona University MS mathematics degree. He serves as an assistant coach for Luther’s Norse track and field team in Decorah, a center for Norwegian-American culture. 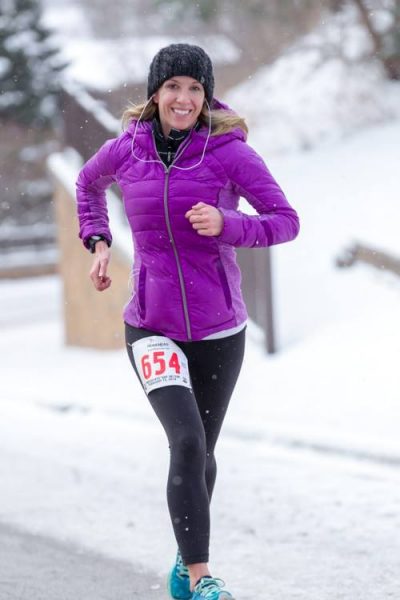 Scott said, “I wore my normal training shoes.  I tried to pay attention more to my internal sense of effort than to external things like pace. The ice and snow certainly made the running a little more difficult, especially over the first couple of miles, not unlike running on loose rock.  On the other hand, the snow and ice made for a novel experience.  Not too many events would have gone forward in such conditions, but I’m sure that I’m not the only one who’s glad that this one did.”

With a 6:09 pace, St Paul’s Kurt Kellmann won the overall silver slot after reaching the finish line after curving around the Cross of Glory Church sidewalk intersection of Shady Oak/Excelsior Boulevard. Norm Champ pointed racers to the right path to get that finish, “Just a quarter-mile left!”

Scott noted, “Kurt and I found ourselves at the front midway through the first mile.  I think I got some separation from him after two or three miles and led the rest of the way.  This was my first time running this event.  I was up in the Twin Cities visiting a couple of friends who convinced me to enter the race.  I had a great time running and thought it was an extremely well-run event.” 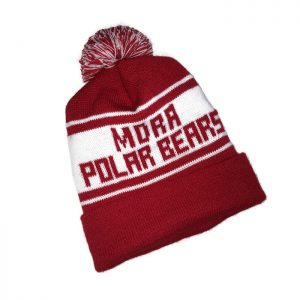 The MDRA ‘boggin has never been more appropriate, plus the red design stands out

She added that she and Lisa often finish near one another, and today was no exception though not planned. “We both realized as we warmed up on frozen slush this was not a day for a PR. As the race progressed, we fell into a comfortably uncomfortable tempo-pace together. We were keeping it quick, but also didn’t feel the need to push to the point where we might fall or really battle one another.” They talked back-and-forth, mainly about the icy, snowy roads and sidewalks, plus of course the wind. 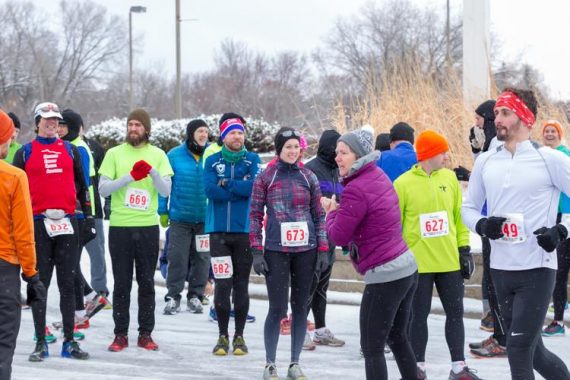 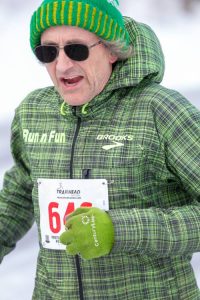 Lisa described the rough, icy sidewalks saying, “Conditions on Saturday were definitely not ideal. There was never a time that the footing wasn’t ice, snow, or ice-and-snow covered. The course was pretty hilly, the wind brutal particularly when you crested a hill. Kelly and I both went into it hoping to have a solid race, but also intending to use it as a workout tool in our training for Grandma’s. I’m running the marathon and Kelly the half. When we warmed up and saw the condition of the roads and sidewalks we’d be running, our goal shifted to staying on our feet. We both ran in training shoes versus our normal running flats for some extra support.”

In a theme of the day for those who participated, Lisa pointed out: “It was a fun morning, though.” Giving a shout-out to the effort to have the race, she added, “I love MDRA races. The care and friendliness of the race officials and volunteers are second-to-none.”

Kelly added, “We had a fun and memorable run together.” Along with some other TCTC women not racing, Lisa and Kelly gathered for a post-race meal at the nearby Yum! Kitchen near Shady Oak Road and Crosstown Highway.

Ttocs Gerg finished out the men’s top-three following Baumert/Boler past the race clock.

Kiley Green won the women’s bronze while snaring 12th overall in 49:38, chased to the tape by David Gutermuth and Kraig Lungstrom. Suzie Fox made the Top 5 along with Golden Colorado’s Sarah Carrasco, who mined a 55:56 nugget of a finish. 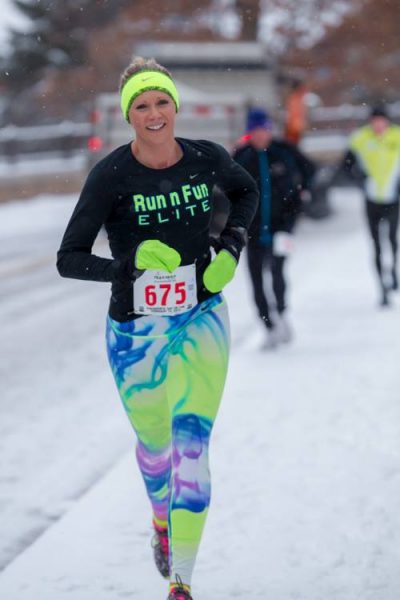 Minnetrista’s Mary Ryan took first in the 60+ women’s class in 1:07:45, the most senior female finisher of the day.

Vince Rohr (74) won his age class in 1:14:59 with Phil Erickson (77), second in class. Darrell Christensen, the winner of the 80-age group, crossed behind Erickson by a couple of minutes.

Passing the aid station at mile-marker 4, Randy Fulton supplied goodies with his big-bear smile and effusive way, sending everyone up the Rowland/Bren mountain peak in a good mood.

Heidi concluded, “I have been working on-and-off in some capacity at the MDRA 7 Miler for at least 25 years, and these were the worst conditions I have ever seen. The runners amaze me with their fortitude and also how darn fast they can run in glare ice; nothing seems to phase this crowd. I guess these are the conditions that the MDRA Spring races were made for so many years ago. They are certainly a test of runner’s Spring fitness or provide a good a kick in the pants.”

Turning on Shady Oak Road, now with a face full of wind, 84 (including two after the clock) hardy—and hearty—competitors raced the final two miles for 2018’s MDRA 7 conclusion on the race’s most challenging and memorable day.

All of the 2018 results can be found here or at runmdra.org.