After a horse accident left me with a severe knee injury and ACL surgery, I had to rethink a few extra-curricular activities, such as hiking, biking, snowshoeing, and cross-country skiing, to name a few.

The impact from the horse threw me backward, yanking my feet from the thick mud I had been standing in. As I fell to the ground, I felt a “pop” under my knee cap and immediately afterward, excruciating pain.

Standing was unbearable, and being 20 miles in the backcountry, or as we call it in Alaska (the bush), I had no choice but to ride the horse back to camp. So, with some help from others in the group, I was lifted and placed into the saddle. 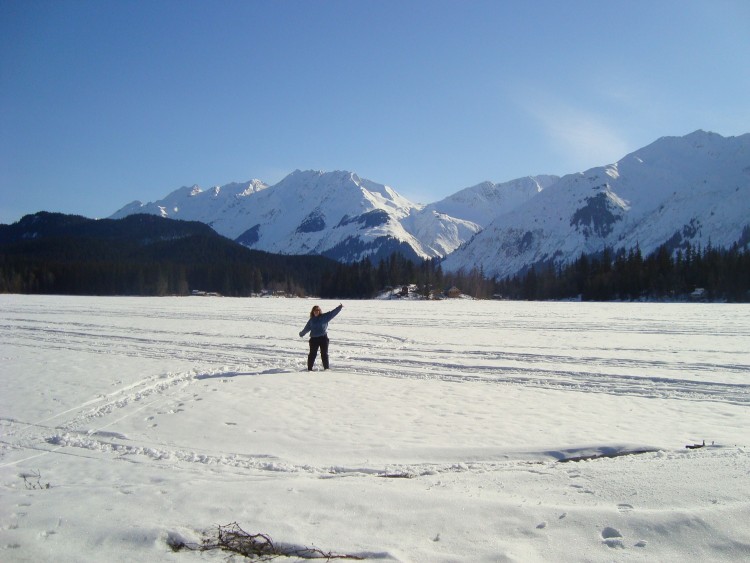 The author is playing in the snow at Chilkat Lake after her recovery in Alaska. Photo: Angela Goodwin

Two days later, I finally made it to the emergency room in town. After looking at the x-rays, the doctor told me I only had a sprain and ice it.

For four months, I walked around on it, tolerating a moderate to severe ache throughout the joint. But, if I misstepped or pushed off with that leg to lift myself, I would experience a shock that felt like a jolt of electricity shooting through my knee. The pain quite often left me sitting on the ground in pain.

Eventually, I made an appointment to see a different doctor. I explained to him the pain I was experiencing, and almost immediately, he knew what was wrong.

I was sent for an MRI, and a few days later, I was diagnosed with a torn (ACL) or Anterior Cruciate Ligament.

The ACL supports the knee joint, and without it, the knee can lock or hyperextend. This setup means it can extend past its normal range of motion (backward), causing extreme pain.

The first surgery consisted of removing part of my hamstring and using it in place of my ACL. Unfortunately, two years later, it tore again, and this time my (MCL) or Medial Collateral Ligament had been severely damaged. This situation leads me to believe the MCL had been damaged in the horse accident and had slowly deteriorated along with the new ACL replacement.

The MCL works the same way as the ACL, except it helps prevent over-extension of the knee joint from side to side.

After four years, two ACL surgeries, and exhaustive rehabilitation, I was back on my feet. I could no longer resist the temptation to go hiking, so I began with short walks on dirt roads. Next, I bought a bicycle, and in no time at all, I was riding five to seven miles a day a few times a week. 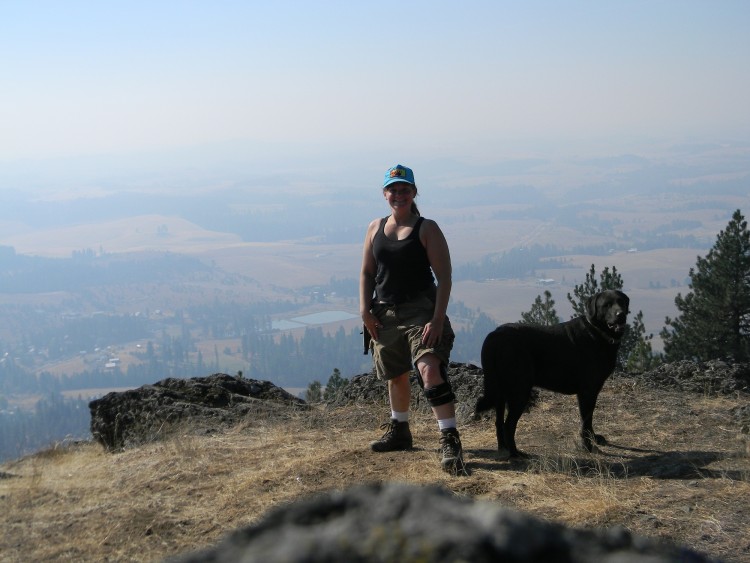 Here, the author is on top of Spud Hill in Idaho. This hike would not have been possible without the leg brace. Photo: Angela Goodwin

On one of the last visits to the surgeon’s, I took a knee brace in with me that the insurance company had given me. I showed it to the doctor and then expressed my concern about hiking and outdoor activities. His reaction is not what I was expecting or wanted to hear. He told me if I started climbing mountains again, I would be back in his office for a third round.

A week later his office called me and asked me to come into the office for one last visit. After examining my knee, the doctor smiled and said it was healing nicely. He then excused himself from the room and minutes later came back in with a different knee brace.

He explained what he was doing as he pulled the straps tight around my leg and secured them with Velcro. When the brace was strapped securely in place, I got up and moved around to see how it felt. The doctor explained that if I wore the brace during physical exercise it would protect my knee from any further damage. He then told me to walk out of his office with it “like you walked in with it.” I later found out that it was the best brace money could buy at the time. I will always be thankful to that doctor for all of his help.

He later permitted me to cross-country ski with my brace on, but I decided to go snowshoeing.

Read Next: 3 Leg Exercises Every Snowshoer Can Do Without Weights

Tips for Snowshoeing With Knee Injury After ACL Surgery

There are several instructions and safety information to be aware of for the proper use of snowshoes. Start by making sure you get the proper size and fit for the level of activity you will be pursuing.

I find that snowshoes provide more stability with their extra wide width and length, strong bindings, and crampons, providing maximum anti-slip and slide on any terrain.

Snowshoe poles help to stabilize the upper body and build strength. If appropriately used, poles can take a significant amount of pressure off the knees, particularly when descending steep areas. Poles should be fitted to your body size for proper use. Typically, it’s recommended to adjust the pole length so your elbows are at a 90-degree angle when walking.

The first year I really began snowshoeing after my ACL surgery, I started going on short jaunts across the golf course. Eventually, I was going further and further, and by the middle of the winter, I was able to climb in them. Slowly building up to more extreme snowshoeing can help to prevent injury and pain, from overuse. 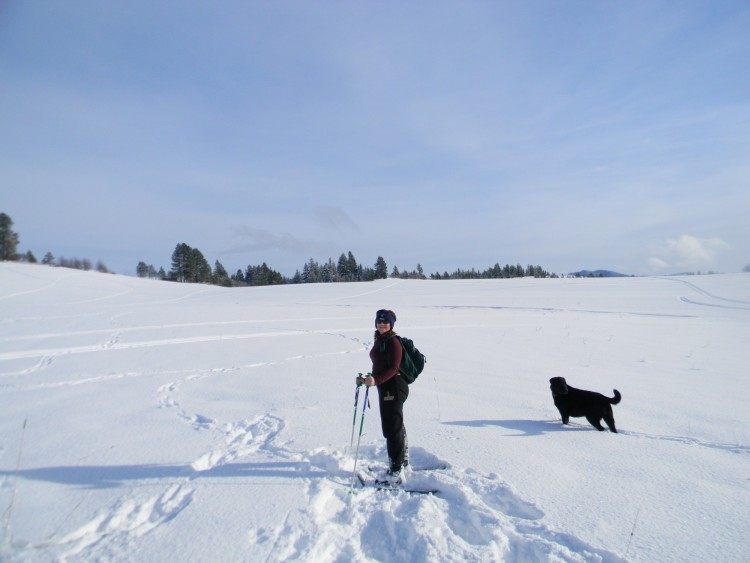 This story reflects the author’s experience of her injury. However, each injury is different. Always check with your doctor before completing activities. Also, this article was first published on Jan 14, 2013, and was most recently updated on Jan 18, 2022.

Have you experienced a knee injury or ACL surgery, and if so, how has it impacted your snowshoeing? Please share your thoughts and experiences with us in the comments below. 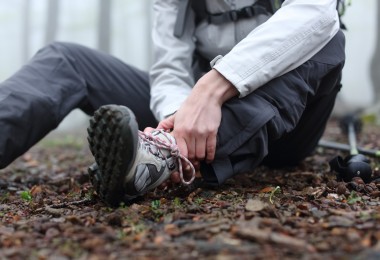