Snowshoeing is a great way to explore the outdoors and beat those winter blues! So if you live in the Boston area, sneaking out to snowshoe should be on your to-do list after a significant snowfall.  Here are four great hikes to take on snowshoes this season. 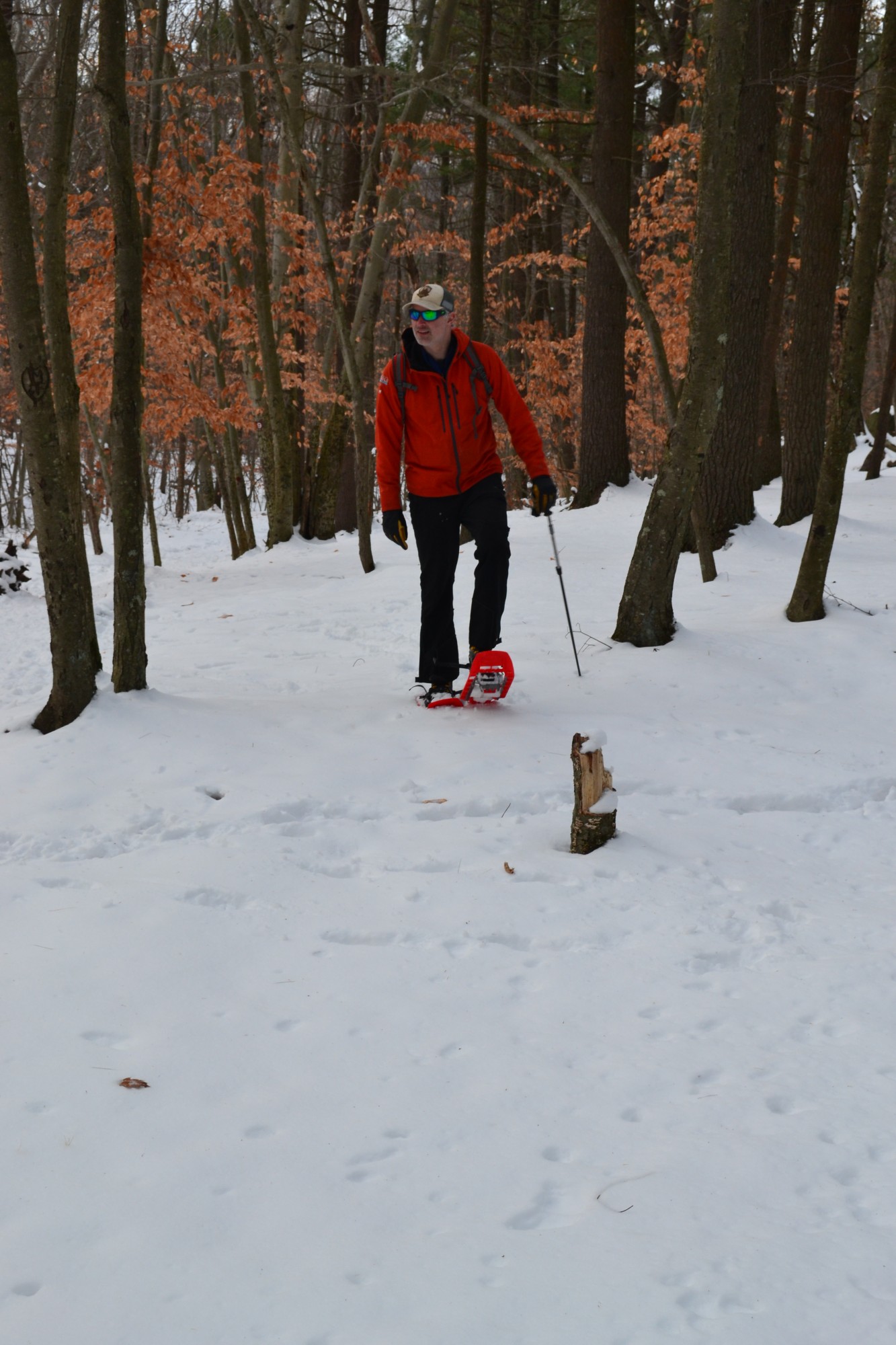 Blue Hills Reservation, located only 30 minutes from the city, is one of the best places in greater Boston to snowshoe after a big snowstorm. Perhaps the most popular destination within the reservation is Great Blue Hill. The hill is the highest point within 10 miles (16 km) of the Atlantic Ocean between Maine and North Carolina.

Many hikers ascend Great Blue Hill, or Big Blue as it’s called, via the Red Dot Trail, which begins from the Blue Hills Ski Area’s parking lot on Route 138 in Milton. The trail leaves the parking lot near the main entrance to the Trailside Museum. It follows red circular blazes as the trail climbs over snow-covered slabs, through a pleasant hardwood forest, and along the ski area’s edge.

Just past halfway of your hike, the trail crosses Summit Road—likely plowed unless you’re really early. Then, it makes a final push up to Eliot Tower, built by the Civilian Conservation Corps in the 1930s and is a National Historic Landmark. For an excellent view of a snow-covered Greater Boston, make sure to venture up to the stone tower’s overlook!

The snowshoe up Big Blue typically takes around 30 minutes and is less than a mile (1.6 km) long. However, even those with limited time can quickly get back to the trailhead by retracing their tracks on the Red Dot Trail.

Consider leaving enough time to make the 10-15 minute loop around Great Blue Hill’s summit. The short and flat Eliot Circle Trail around the summit offers excellent views of greater Boston and Boston Harbor, among other sights. The loop also goes right by the Blue Hills Meteorological Observatory, the oldest continuously operating observatory in the United States.

Then, once you return to Eliot Tower, the easiest option is to descend the way you came up. A less-trafficked option is to follow the Red Dot Trail’s northern branch—also called the Abigail Adams Trail—as it loops back to the Trailside Museum. If you’re looking to get some exercise by breaking the trail, this is the place to go! 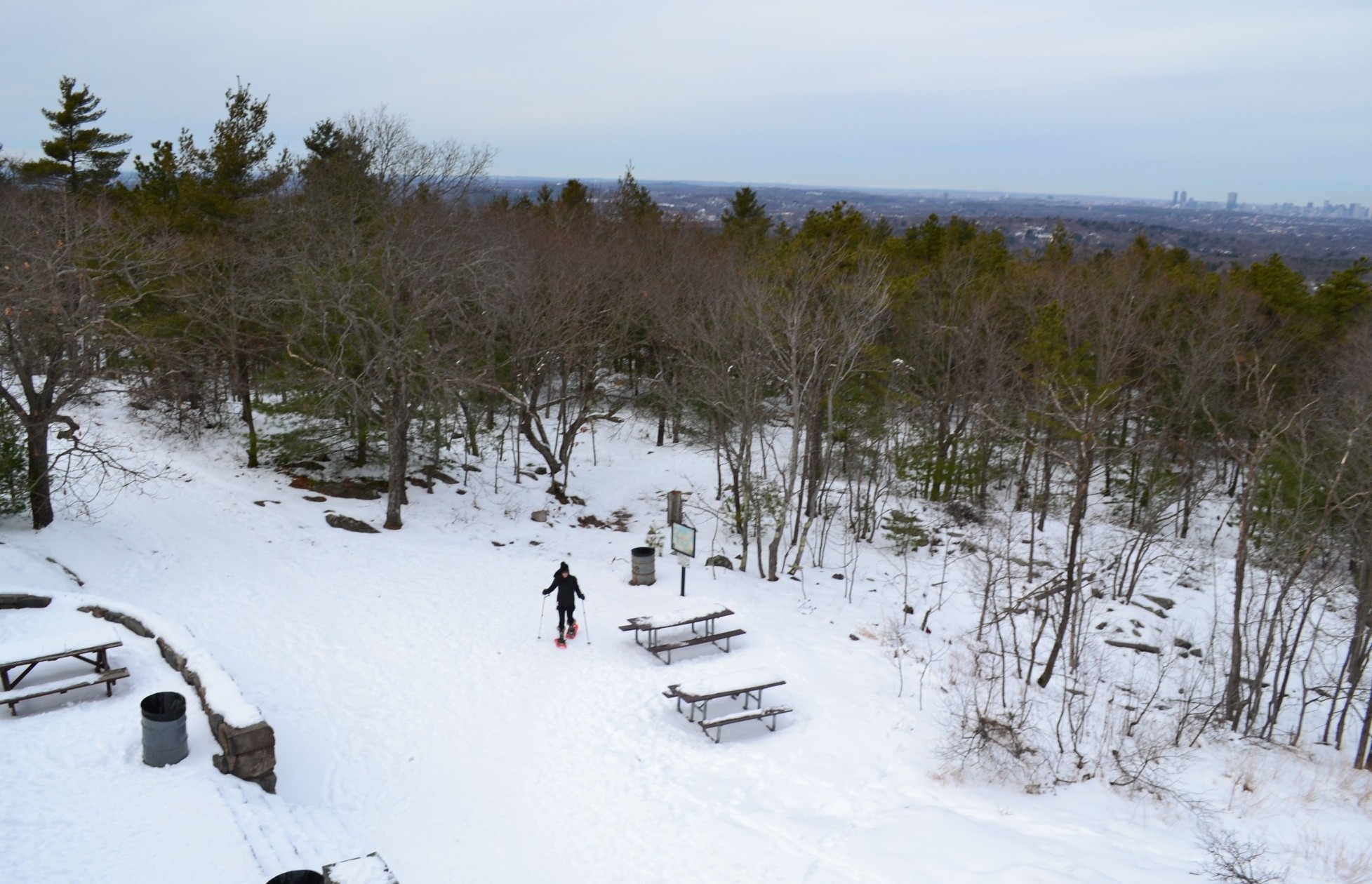 Derived from the Algonquin word meaning “mountain place,” Mount Wachusett is a beacon for snow seekers from central Massachusetts and further. It’s approximately 15 miles (24 km) from Worcester, 40 miles (64 km) from Boston, and 50 miles (80 km) from Providence.

Overshadowed by its reputation as a ski destination, the 2,006-foot (611 m) Mount Wachusett is also home to 17 miles (27 km) of trails idyllic for snowshoeing.

The most popular route with snowshoers leaves from the ski area parking lot on the Balance Rock Trail.

Beginning gently, Balance Rock winds through the lush pines on the lower mountain. Then it continues past the trail’s namesake—two large boulders stacked on top of one another. This boulder phenomenon is the result of glacial activity thousands of years ago.

Finally, the trail steepens as it joins the Old Indian Trail. If Wachusett’s mid-mountain lift is running, you might hear the jubilant sounds of happy skiers as they prepare to descend, as the lift is just a short bushwack through the woods.

Following the Old Indian Trail, you’ll snowshoe across the auto road once and trek right next to it a second time. After the second encounter with the street, the trail is at its steepest. Prepare for some fancy footwork as you negotiate the bouldery bits and one particularly steep (sometimes snow-free slab). If this seems too challenging to do in snowshoes, this section of the trail is easily avoidable by following the auto road to the top.

Just below the top of the mountain, you’ll again hear the sounds of skiers, as the summit lift is a short walk to your left once you exit the forest.

Pop your head out and take a look at the mountain’s conditions. Or turn right toward the tower that marks the top and take in vast views extending to Mount Monadnock to the north, Mount Greylock to the west, and the Boston skyline to the east.

The most straightforward way down is to head back the way you came for a roughly five-mile (8 km) round trip. Or, if time or energy is a concern, follow the road to its juncture with the Balance Rock Trail.

The auto road is not plowed. However, snowmachines regularly use it to access the top of the mountain, typically leaving it well packed and making for reasonably easy snowshoeing. 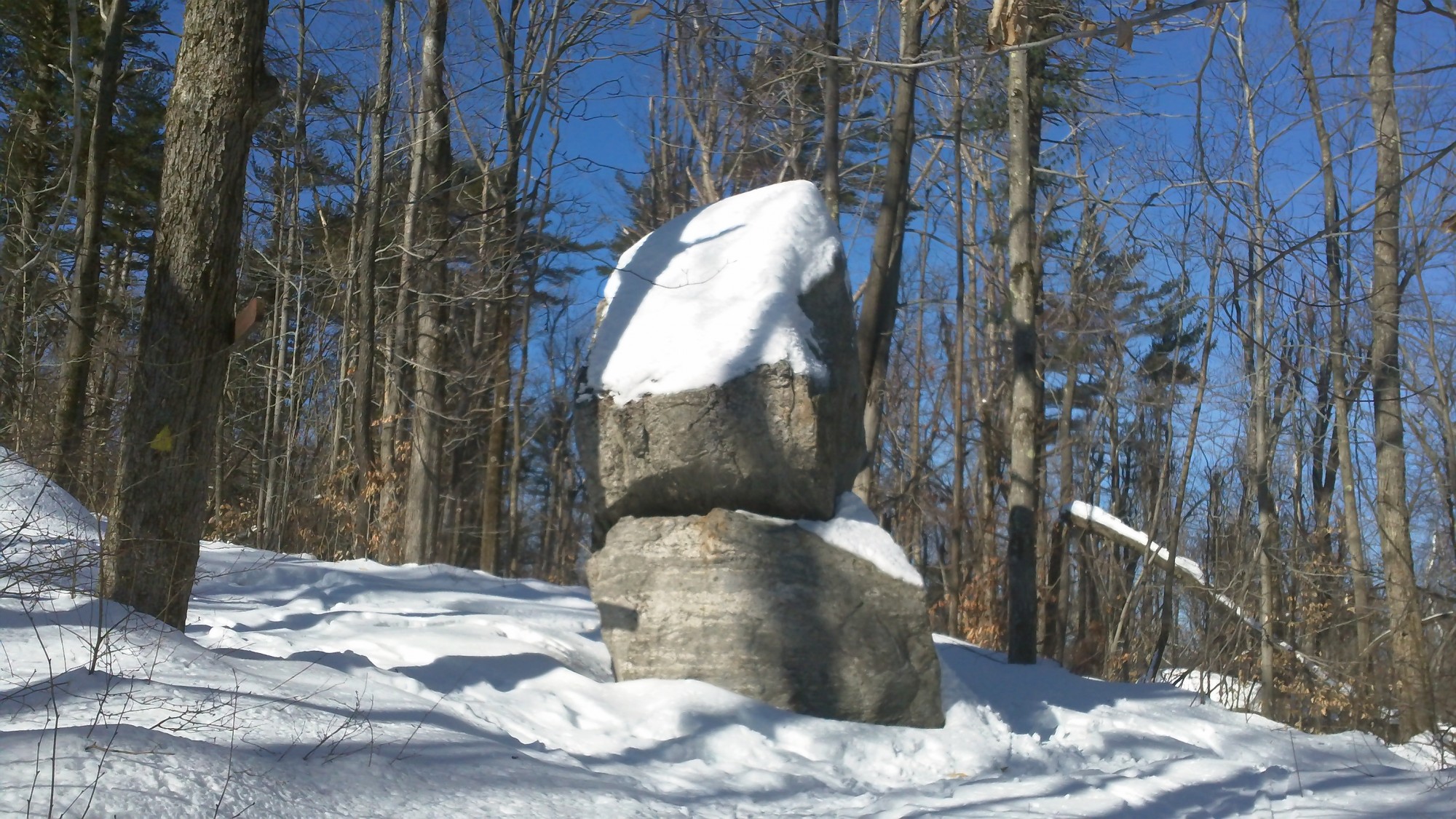 About an hour outside Greater Boston is another excellent snowshoe destination: Mount Watatic. Located off Route 119 in Ashburnham, this 1,832-foot (558 m) peak offers magnificent views of southern New Hampshire, Mount Wachusett, and Boston’s skyline in the distance.

Mount Watatic is also the southernmost peak of the Wapack Range. Established in 1923, the Wapack Trail is one of the country’s oldest multi-state hiking trails. Furthermore, it connects the Wapack Range’s ten summits in Massachusetts and New Hampshire for 22 miles (35 km).

Climbing through several spectacular stands of mature trees, the Wapack Trail ascends approximately 700 feet (213 m) over almost 3 miles (4.8 km) to Watatic’s open summit. In winter, it is a snowshoer’s paradise.

Many love snowshoeing at Mount Watatic because of its reliable and deep (for Massachusetts, anyway) snowpack. Others enjoy it because it does not see as much hiker traffic as other Greater Boston classics. Thus, it’s easier to find some solitude in this winter wonderland.

Another plus: Even when the main trail is tracked out, there’s usually optimal snow for snowshoeing. Try either side of the trail and all around the open summit.

For snowshoers looking for a more challenging outing, the eastern side of Mount Watatic was once a popular ski area and is now a popular destination for backcountry skiers. It’s a great place to slide into the backcountry.

If you’re looking to tack on a few extra miles to your snowshoe adventure, the portion of the Wapack just north of Watatic is spectacular. Check it out before heading back down to your vehicle at the trailhead.

Read More: Walk (Or Snowshoe) In The Steps Of History In Concord, MA 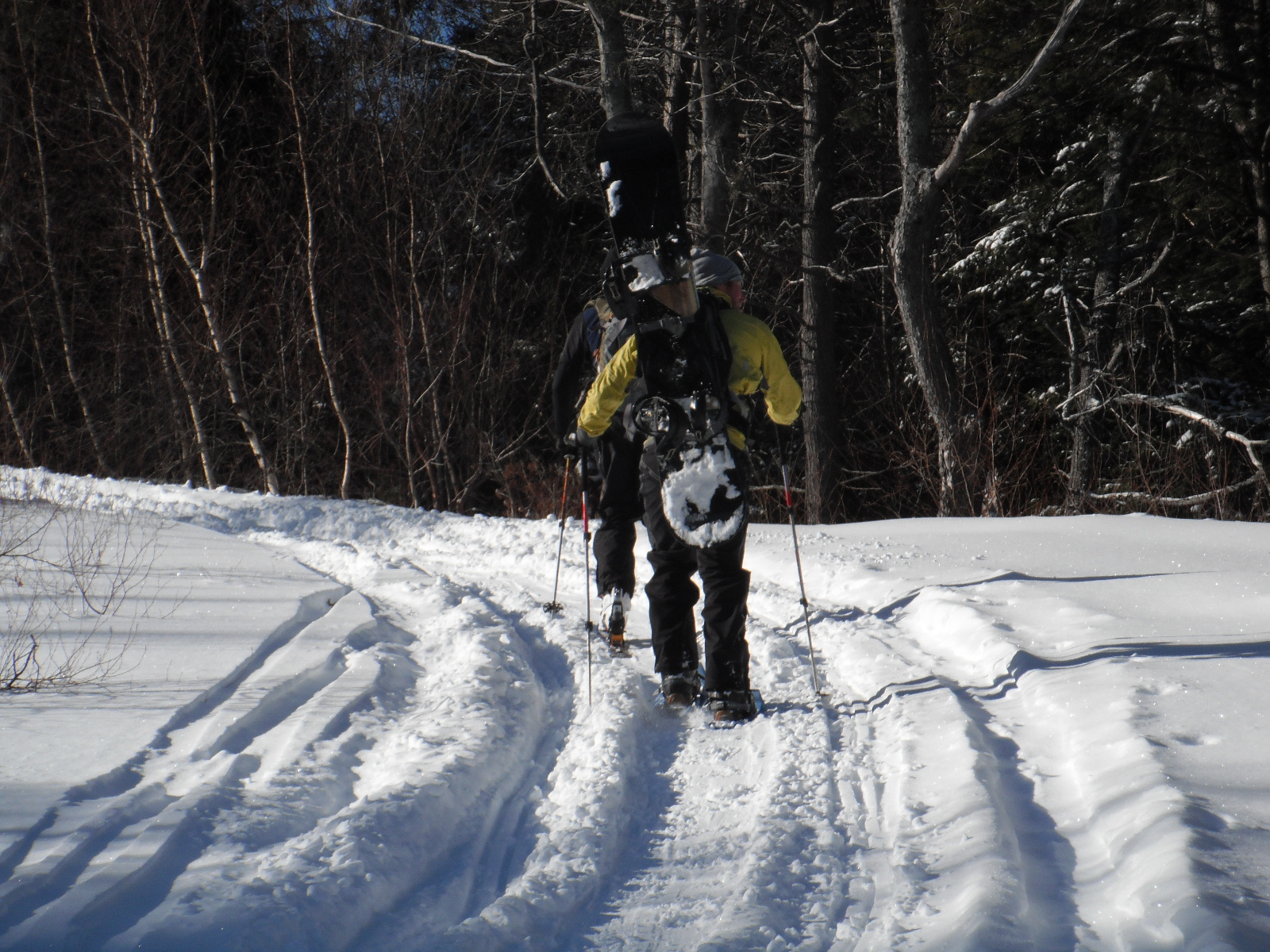 Moose Hill Wildlife Sanctuary in Sharon, Massachusetts, is another excellent under-the-radar destination for snowshoers looking to score post-storm freshies. As Mass Audubon’s oldest wildlife sanctuary, there are 25 miles (40 km) of trails for snowshoers to explore.

Those looking for an uphill workout, don’t miss the Summit Trail, which ascends to the sanctuary’s high point, 534-foot (163 m) Moose Hill. The Summit and Bluff Trails are easily connected via the Old Pasture and Turkey Trails from the sanctuary’s visitor center. These trails make for a fantastic loop on your outing!

Whatever trails in the sanctuary you decide to explore, be on the lookout for the area’s abundant wildlife. In all likelihood, you’ll find fresh deer, turkey, and coyote tracks in the snow as you snowshoe around the sanctuary. Careful observers may spy the tracks for fishers and foxes as well. 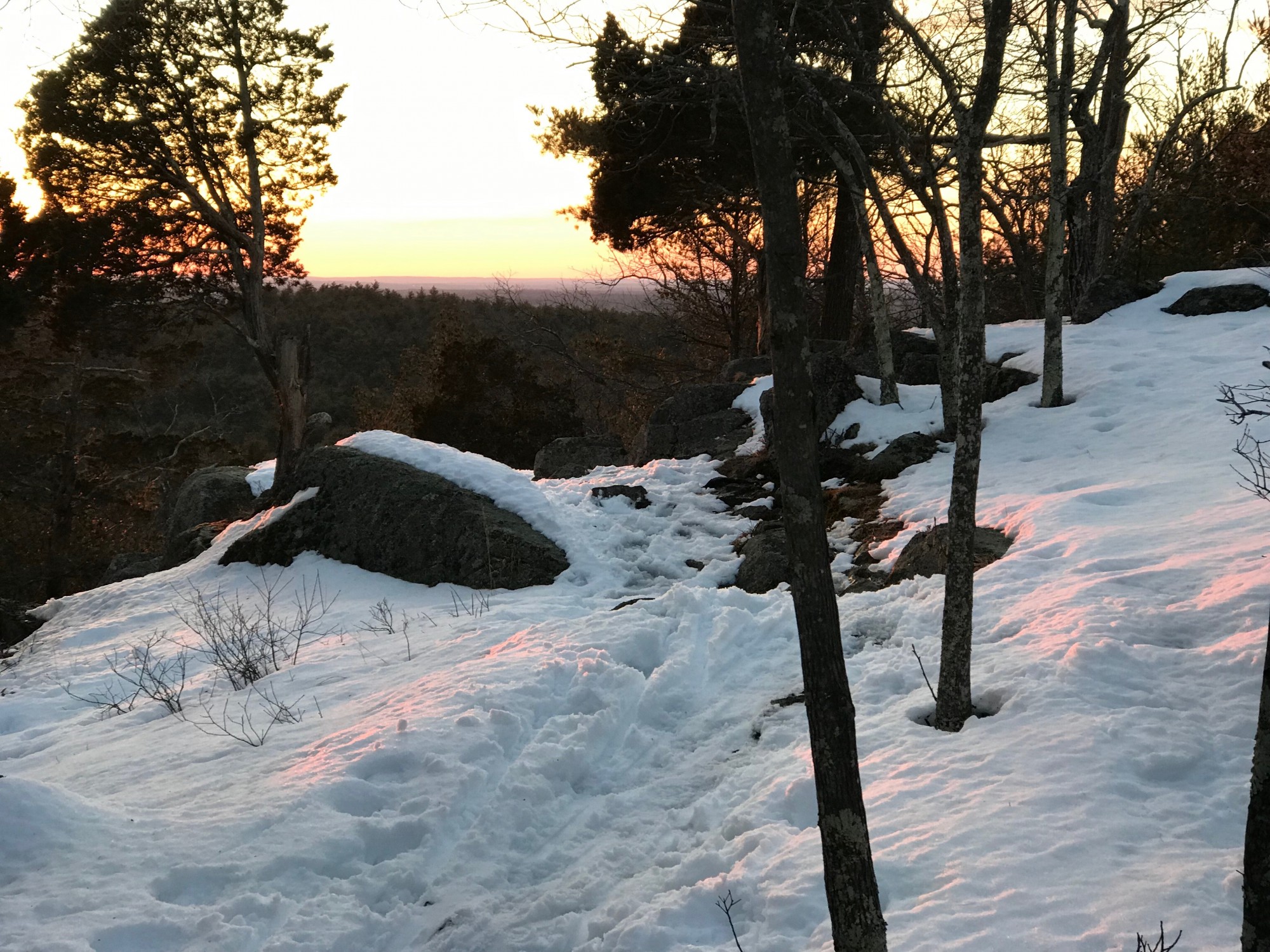 Greater Boston is packed with fantastic spots to snowshoe. However, it’s also densely populated, so plan on an early start if you’re dreaming about the first tracks. Or, sleep in, let others pack in the trail, and cover maximum mileage later in the day.

What are your favorite areas to go snowshoeing near Boston? Please share with us in the comments below. 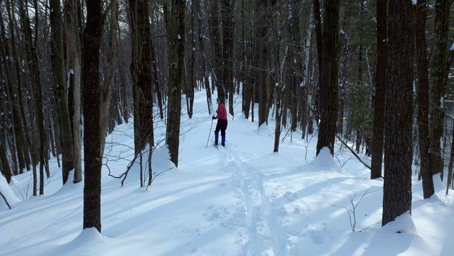 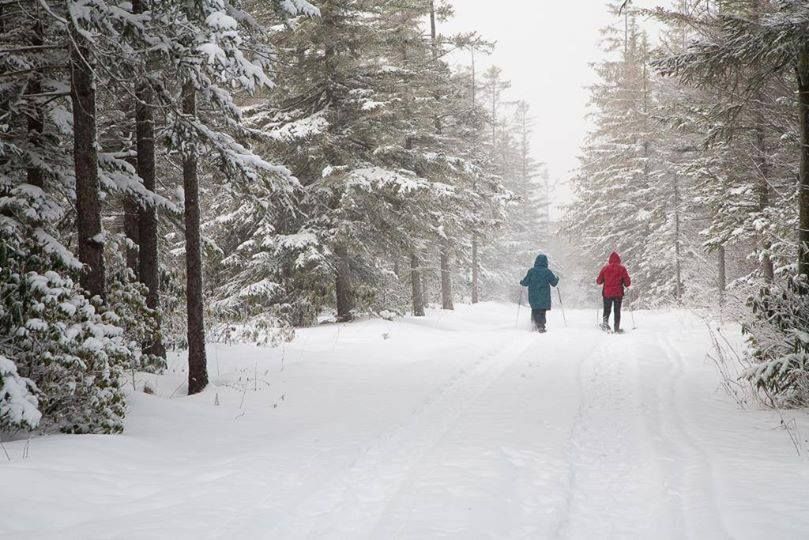 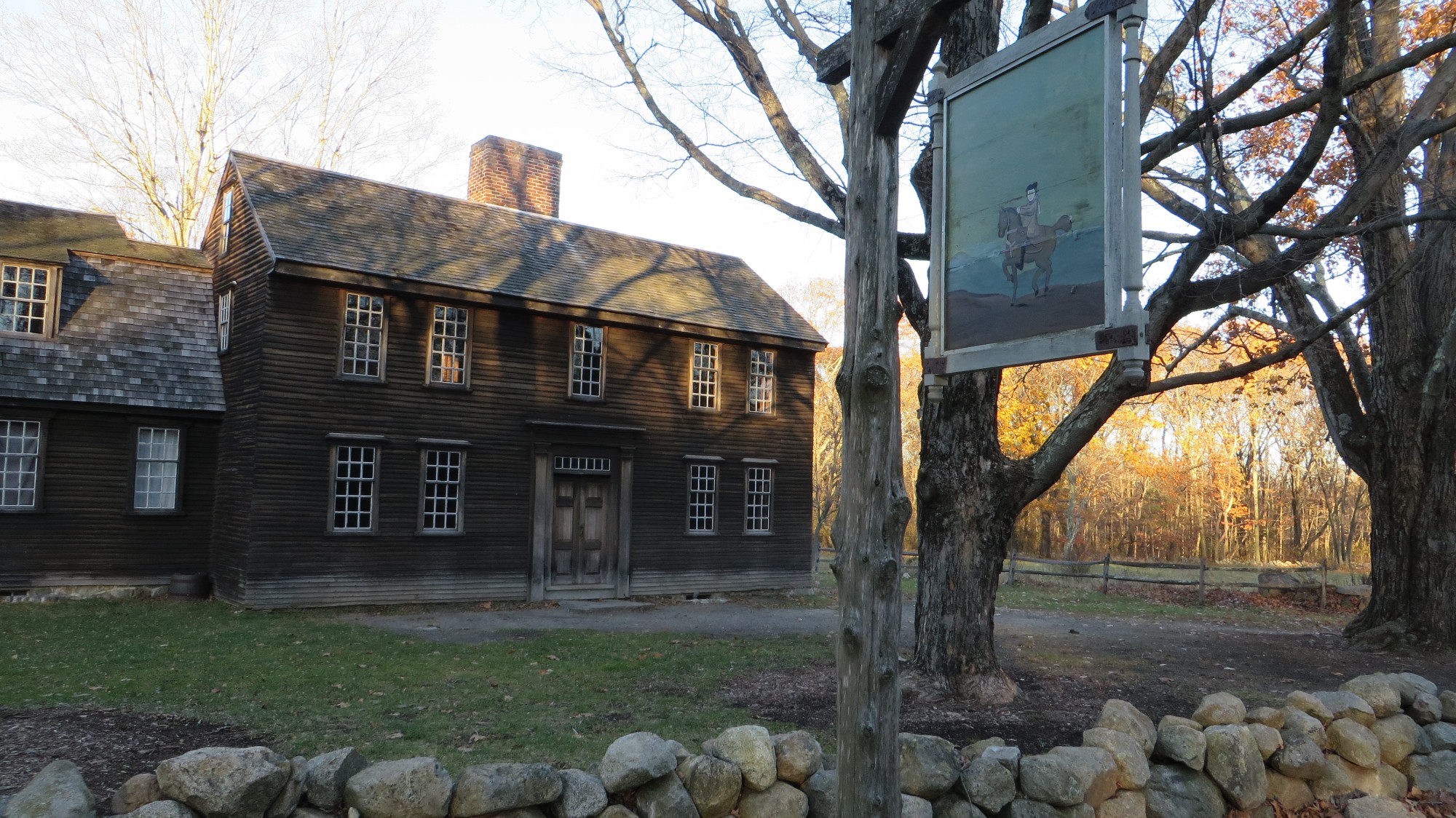 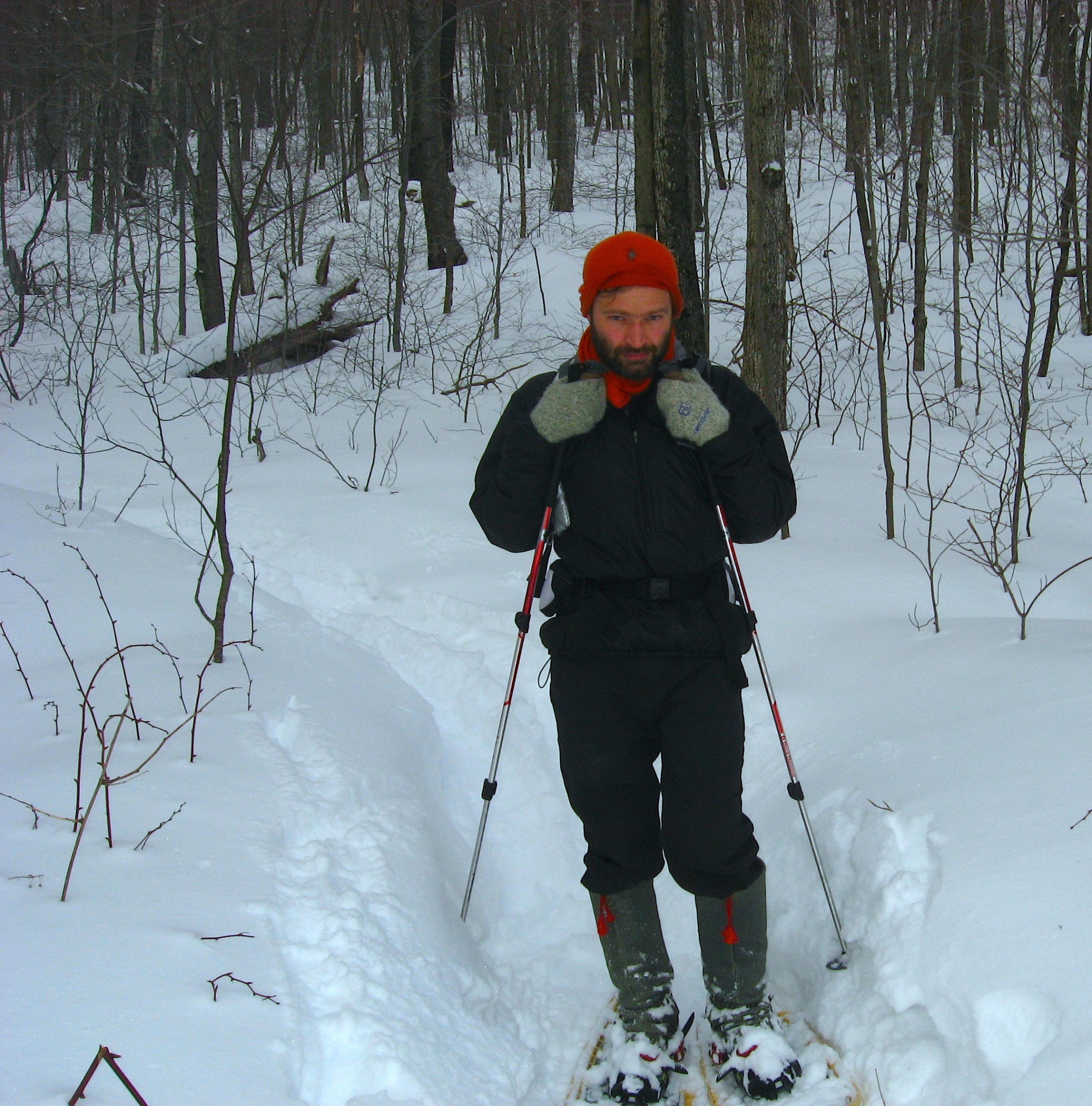