The iconic lyricist and musician with a compelling operatic voice, Roy Orbison, brought to life the world of dreams to a naïve radio population through his immortal “In Dreams.” His personal sadness and loss throughout a tortuous trail touches a deep level when he croons: 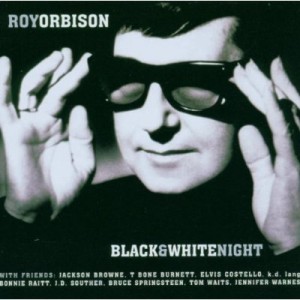 Dreams are significant forms of human learning far beyond the basic tome, “Well, it’s the mind rearranging the day’s data in its computer; little bits of info getting keyed into place, that’s all.” Perhaps, but that is a minor part of the wondrous human brain creating such levels of complexity that come together like the moment when opening an iPad and here shines the Irish rock group Nazareth singing “Love Hurts.”

Years and years and billions of dollars of support and creation, aches and pains, linked with wins and losses gel together in that magic moment to display a performance in an instant, fully portable and, as television said when it left black-and-white screens, “in living color.”

I inadvertently discovered dreams are far, far more complex than merry adventures carried in the Imax of the mind. I keep, and recommend others do the same, a journal of significant dreams. Keep a pen and pad next to your sleep area. An entry I made pre-9/11 always startles me, but that’s for a different day. 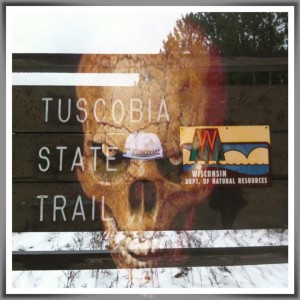 The artistic photo by ultra competitor Lynn Saari for the Tuscobia Winter Ultras.

A very happy woman, my sister-in-law Judi, always full of spirit and verve–I had known her since our teens–was attacked by a cancer, her life snuffed away about seven years ago. I spoke at her service. What I reveal is, she has visited me on infrequent occasions in dreams since then, appearing most recently early in 2012 as her young pretty-as-ever-self wearing bright red lipstick, looking fresh and radiantly young with a white and red polka dot hoop-dress.

Vivaciously she pranced up and simply said directly to me, “Love is the key” like a message from a greater power through her presence. That was it; nothing else.

Just last evening through another experience, entirely different though a dream, I was taught virtues of patience. Upon awakening all I could contemplate was this patience thing while checking the overnight weather after a day full of Saturday rain ruined our fallen snow like a snowball in a Florida swimming pool. The predicted changeover to a few inches of wet snow would have created a nice cover and off I would go snowshoeing through the dark woods; alas, temperatures, convections and plenty of reasons converged creating rain staying rain. 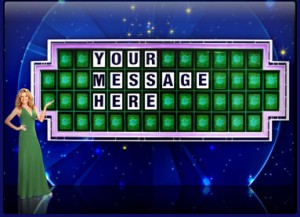 Your own personal screen saver from Wheel of Fortune with a Vanna, too.

Then an insight overwhelmed my being, stopping me in mid-stride upon realizing these two key words patience and love are Wheel of Fortune-like squares, revealing to me letter-by-letter a replication of my name: PhiL.

In my personal game of “Wheel”—no Vanna White there to turn the letters at 3:30 a.m. when this magic appeared—I realized the letters P for patience and L for love, and in a flash I solved the puzzle as H for health and I for inspiration suddenly appeared; four letters spelling P-H-I-L or Patience, Health, Inspiration and Love.

I didn’t study this combination of words and just come up an acronym using my name nor did I just sit down and write a scenario then play it out. The words appeared like a gift as Jules (Samuel Jackson) recites in Tarantino’s “Pulp Fiction” after witnessing what might be considered a miracle. He calls it a “divine intervention.” 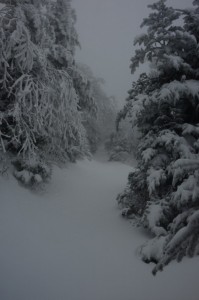 The dream of  patience reminded me a desired outcome, whether it be harvesting a USSSA National Championship medal or completing a local snowshoe race, is a matter of steadily grappling with all the foibles that go along with just getting there to toe the line for a start. Just consider the wizards of planning, the massive efforts by others seen and unseen, required just to be there on the start line ready to race. Readily apparent are the race directors, volunteers and local authorities but what of the snowshoes you’re wearing, the gas required to get there, the clothing to keep warm but not soaked and freezing . . . yikes, this could go on forever.

The point is, an incredible set of circumstances all converge to be there at that moment when the cannon fires and off a racer heads on the tour for a personal outcome. Medaling or just finishing, surprised or disappointed, the fact is, one should rejoice in this season of miracles just for the privilege to be there able to compete. Hooray, I lost!

Winning through losing is a concept I flesh out in HARMONIZING: Keys to Living in the Song of Life, but its application here is more in the spirit if things go wrong—no, WHEN things go wrong—one realizes the happiness of having been there to compete in the first place, racing to beat-the-band like something out of “They Shoot Horses, Don’t They,” Sydney Pollack’s Academy Awards nominated masterpiece subtitled “People are the Ultimate Spectacle.” Imagine USSSA Sports Director Mark Elmore carrying on during a race like the MC in the movie, played by Gig Young, with Young’s signature “Yowza, Yowza, Yowza,” as you carry that tiny racing-chip through undulating snowshoe courses for the personal joy of crossing the ultimate finish-line electronic barrier.

Enjoying health, living our own personal definition of a healthy life, can be a lifelong contest of sorts; it is a learning one throughout. New insights are made constantly from many sources allowing us to refine habits, bodies and our beings so next year at this time we are still able to stand tall and give some incredible crazy idea of icy fun credence, like the cockamamie fantasy that covering 150-miles is just another ordinary  adventure in wintry Wisconsin woods found at the Tuscobia Winter Ultras. 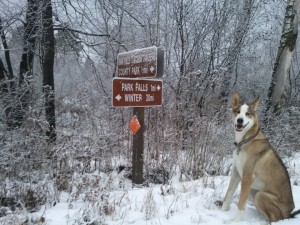 Cooper looks for laggards on the Tuscobia Winter Ultra Trails

The most valuable reminder of a healthy life is catching the flu, putting one down for days on end. Without health, those flu days would stand out as good days. John Lennon sings to “Imagine” a better existence and then correct it; “You may say I’m a dreamer, but I’m not the only one.”

I found health at the George Washington statue, an impressive overbearing monument rider-and-horse in Boston’s Common Gardens while on an early Sunday morning stroll there many blue moons ago. Inspiration can come on Sundays virtually anywhere, inside a house of worship but also outside deep in the forests of the Adirondacks strolling paths while communing with Mother Nature. Anywhere. 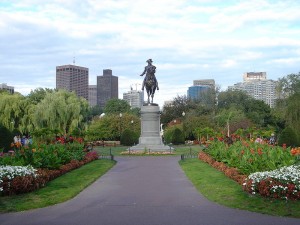 Find this grand statue in Boston’s Common Gardens as I did or your own monument providing meaning to your life; then spend time there. See what happens.

Let’s return later to the letter I now that P and H are out of the way. First a quick note on L for love: continue to detect it, a life-long energy field that is available by the boatload to those who seek to sail that ship’s activity, absorbing its power. Enjoying endorphins, the purest of nature’s drugs supplied as the reward for exertion, can overcome ordinary and extraordinary trials and tribulations.

The best metaphor I once read about challenges—you can relax, everybody rich or poor, stunning or ordinary, races life’s courses of woe—is if you are feeling put upon, defeated or overwhelmed, others have it soooo easy, just go around a table with friends as everyone lays their particular troubles in front of all to swap. Before ever getting to the last person, you’ll be reaching out, pulling yours off like those piles of chips winners scoop up with both arms when at poker championships, saying “Thank you very much, I’ll just take mine and go home.”

The I letter, Inspirations, cascade from snowshoeing personal trials away until they become trails; paths in the snow of gold relief providing breakthroughs, realizations that incredibly are available to all who will listen to their siren song. Your one goal right now should be to identify a place in life as the personal Inspiration Point. It needs to be handy, no three-day drives here, but it doesn’t have to be in the backyard. Mine? On a particular wooded path on one of the hills in the Richard T. Anderson Preserve, Eden Prairie, MN. 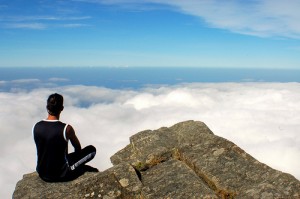 I list countless examples of finding solutions, insights and discoveries just by traipsing on these paths, whether wearing snowshoes or running shoes, day or night, warm or cold. The spirits of Native Americans inhabit these cliffs and banks, carved out by the wily Minnesota River, the location for the Battle of Shakopee  among Chippewa and Sioux tribes in May of 1858. Burial mounds dot the terrain.

With every year’s snowshoe schedule, plan to exercise and race with passion, tempering results with sprinkles of the seeds of patience, using that spice to flatten the hardships confronting life. Just by snowshoeing or trail running, health improves; it’s axiomatic. If you were to have a regrettable habit—let’s just say—endurance events will rip those out of your existence. Stick your nose out, risk it, go long . . . .

The inspiration will naturally follow as Cap’n in the classic film “Cool Hand Luke” explains to Luke (Paul Newman), “cause you gonna get your mind right.” Our choices for better thinking are woods and trails, climbs and friends, not chains and whips.

Standing as key to the whole universe is the final letter, L, for the wonders of love of life, the love of doing, the love with others. The Grateful Dead sings,

“And its real, believe what I say, yeah
Just one thing I got to say
I need a miracle every day.”

These four words in combo–Patience, Health, Inspiration, Love–are magic, your free keys to contemplate on snow and dirt trails, the ingredients for a personal, secret recipe catering miracles. Take it as a gift from P.H.I.L. 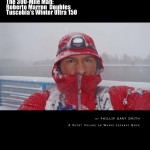 “The 300-Mile Man” recounts Roberto Marron’s double of the Tuscobia Winter Ultra 150; plus stories of the Arrowhead 135 and more! Click book cover