Summer is the time for hiking, gardening, picnicking, and simply enjoying the great outdoors.  It is also prime tick season—which means increased exposure to the serious infectious diseases they carry.

“According to the New York Department of Health, ticks are most active late spring through mid-August,” says Lou Paradise, president and chief of research of Topical BioMedics, Inc., Rhinebeck, NY, the makers of the Topricin line of natural pain relief and healing creams.  “Now is the time to avoid contact with them and be aware of the symptoms of Lyme and Babesiosis, two dangerous tick-borne illnesses.

The Lyme disease bacterium (Borrelia burgdorfen) is carried by a group of closely related species of ticks known as Ixodes.  Ticks in this group include deer ticks, western black-legged ticks, and black-legged ticks.  These tiny terrors are small—typically no larger than a poppy seed—and transmit the bacteria when feeding on warm-blooded hosts, including mice, deer, dogs, and humans.  The bacteria enter the skin through the bite during feeding and eventually make their way into the bloodstream.

Lyme disease is named after the town of Old Lyme, Connecticut, where it was first diagnosed among a group of the town’s residents in the mid 1970s.  Since then, Lyme disease has affected a growing number of Americans.  The Center for Disease Control and Prevention (CDC) reported 23,305 cases of Lyme in 2005, and current statistics now estimates that more than 35,000 Americans contract it annually.  Some experts believe the number of cases is much higher, and the CDC has gone on record as saying that they believe only 10-12% of Lyme disease cases are actually being reported to them.  Most documented cases have occurred in the Northeast, Mid-Atlantic, and Midwest, with some incidences reported from western states, including Oregon and northern California.  .

The NY Dept. of Health reports that in 60 to 70 percent of Lyme disease cases, the first symptom is a rash that occurs at or near the site of a tick bite and has a round, “bulls-eye” appearance.  It can be between 2” and 6” in diameter, and lasts up to five weeks.  Other symptoms occur from several days to weeks, months, and even years after a bite.  They include “flu-like” symptoms, such as aches and pains in muscles and joints, chills and fever, headache, sore throat, stiff neck, swollen glands, dizziness, and fatigue.  Even if these symptoms fade away, untreated Lyme disease may lead to arthritis, nervous system abnormalities, and an irregular heart rhythm.

Babesiosis is another infection transmitted by ticks and is caused by a parasite that lives in red blood cells. The babesia microti parasite infects and destroys red blood cells, and the disease—which is a malaria-like illness—can cause hemolytic anemia.  Symptoms begin anywhere from five days after a bite or longer, and may include fever, chills, headache, muscle pain, nausea, tiredness, and a rash.  Unlike Lyme, Babesiosis has been known to be fatal.  Therefore diagnosis and treatment should begin as soon as possible after it is contracted.

The disease was originally documented off the Massachusetts coast, where it was known as “Nantucket Fever.”  It is now on the rise and rapidly spreading across the United States.   “According to a recent report by the Centers for Disease Control and Prevention, there were six cases of Babesiosis here in the Lower Hudson Valley in 2001,” says Paradise.  “There were 119 cases documented in 2008, which is a 20-fold increase.  Clearly, we should all take steps to avoid coming in contact with ticks.”

Because tick bites are usually painless, the incubation period is long, and the symptoms so varied, a tick-borne disease may go unrecognized for weeks or even months.

Moreover, these diseases often mimic other conditions—such as the flu, meningitis, or in some instances Multiple Sclerosis—making it easy for there to be a misdiagnosis.  Further complicating matters is the fact that diagnostic tests are not always accurate or conclusive.

Test timing is a factor in diagnosis.  According to Sally Hojvat, Ph.D., Director of the Division of Microbiology Devices at the FDA’s Center for Devices and Radiological Health, “It’s important to know that blood tests that check for antibodies to the bacterium that causes Lyme disease are not useful if done soon after a tick bite.  It takes two to five weeks for initial antibodies to develop.”

A single tick bite can transmit more than one tick-borne illness—besides Lyme and Babesiosis—such as anaplasmosis, bartonella and tularemia. These co-infections further complicate diagnosis and treatment.

Tick-borne disease threat doesn’t end when a victim is bitten.  There is some history documenting how an individual exposed to these pathogens can pass them through their blood—including from a pregnant woman to her unborn child, and through blood transfusions. In fact, the FDA has reported that over the past 10 years, babesiosis has infected more than 100 Americans via transfusions, and 11 of them have died.   Federal regulators are now struggling with how to protect the blood supply because there is currently no efficient test available.

Avoiding contact with ticks and disease prevention are the first and best lines of defense against tickborne infections.  Here are some tips to help keep you and your family safe from these tiny threats.

–Ticks—and disease—are carried by deer, mice, and other common woodland creatures.Keep these uninvited guests away by installing a deer fence and moving brush piles and wood piles (where mice find shelter) and bird feeders (a source of food for rodents) away from your house and play areas.

–There are a number of plants you can cultivate around your yard that repel ticks, including lavender, garlic, pennyroyal, pyrethrum (a type of chrysanthemum), sage, American beautyberry, and eucalyptus.

–If your lifestyle permits, raising chickens, ducks and guinea hens will help keep the tick population down as these feathered friends have a voracious appetite for them.

–Keep your lawn manicured and avoid walking in wooded, brushy, and grassy areas. When hiking in an overgrown or wooded area, try to stay near the center of the trail. Do not sit on stone walls, where woodland creatures like to live—and which attract ticks.

–Keep in mind that ticks attach easily to bare flesh.When outdoors, protect yourself and your children by wearing long sleeves and long pants, preferably in light colors so you can spot a tick more easily.Wear shoes and socks that you tuck pant legs into or a pair of tall boots.

–Your four-legged friend may pick up an unwanted hitchhiker after being outside.Be sure to inspect pets for ticks after they’ve been outside as they may deliver a tick to you, and they can also become sick with Lyme disease.

–After being outdoors, remove clothing and wash and dry at a high temperature as ticks may be lurking inside the folds and creases.Washing alone will not kill ticks—even with bleach—it’s the heat of the dryer that does the trick.

–Take a shower or bath within two hours of coming back inside, then perform a whole-body tick check.In the case of Lyme disease, infection from a tick to a human typically takes 30 – 40hours, so spotting and removing them quickly is an important first defense. (It is uncertain how long it takes for Babesiosis to spread).

–If you discover a tick attached to you, carefully remove it. Using tweezers, grasp it close to the skin and pull straight back without twisting or yanking. There are also devices on the market today that are made for effectively and efficiently removing ticks.Avo
id pressing or squeezing the tick’s belly as it can push bacteria into your body. Similarly, do not use the heat of a match that you light and blow out, or petroleum jelly.After you’ve removed the tick, disinfect the bite area.Save the tick for possible identification by a doctor or the local health department.

IF YOU HAVE CHRONIC LYME, PROMISING ALTERNATIVE THERAPIES MAY HELP

There is now research showing the efficacy of hyperbaric oxygen therapy (HBOT), offering hope to patients crippled by chronic Lyme disease. Dr. William Fife at Texas A & M University has published extensive research demonstrating profound improvements in Lyme disease patients treated with HBOT. These improvements include pain reduction, return of clarity of the mind, and reduction of depression.

Doctors will often prescribe antibiotics if they suspect Lyme or another tick-borne illness.  Here are some ways you can assist your body further with some safe, natural treatments.

“With tick-borne diseases, the body needs to detoxify, especially joint, muscle and nerve tissue,” says Paradise. “Topricin gives the body the support for its basic function of maintaining healthy cells and repairing damaged ones through enhanced healing.  Its combination of natural biomedicines in a clean water-based cream base that’s free of chemicals and other irritants helps restore vitality to joint, nerve, and muscle tissues while providing safe, effective pain relief.”

The reference book Prescription for Nutritional Healing offers the following recommendations for helping to recover from Lyme Disease.

–Pancreatin and bromelain (to aid protein digestion and reduce inflammation)

–Evening Primrose oil capsules (to help combat pain and inflammation, with significant benefits to the skin and cardiovascular system)

–Kelp (a rich source of B-vitamins and minerals, aids in detoxification)

–Vitamins A, C, and E (antioxidants and immune system support)

–Echinacea (immune enhancer fights bacterial and viral infections; caution: should be used with caution if you are allergic to ragweed)

–Goldenseal (use for one week only as a natural antibiotic; caution: do not use during pregnancy and with caution if you are allergic to ragweed) 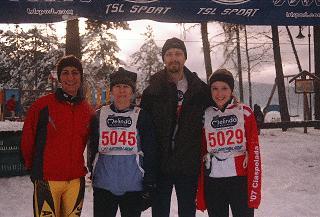