It looks like Faber Snowshoes may have a hit on its hands with the new North Cliff snowshoe model.

“The North Cliff snowshoe was created with idea of offering an affordable and easy to use day hiking snowshoe for mountainous terrain,” the company’s website states. “Our patented wing traction decking design makes efficient use of materials, allowing use to build snowshoe that is 20 percent lighter than standard aluminum models, as well as making it greener, more affordable and easier to walk with.”

“The North Cliff features our unique three adjustment heel lifter to reduce muscles fatigue during climbs. This snowshoe has all the technical specifications needed for any snowshoer who is looking for a quality, long-lasting all-around snowshoe.” 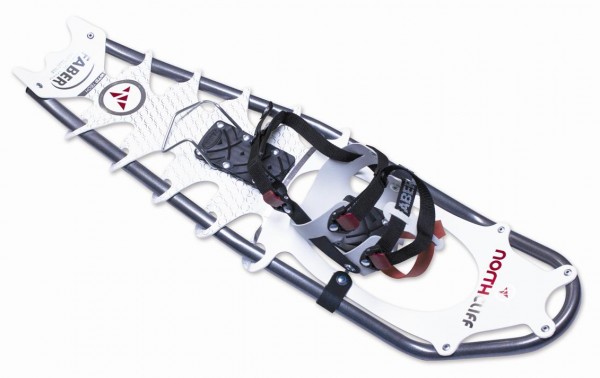 I’ve been trying out the North Cliff with the assistance of my wife for about two months now. I’ve relied on her to make the best judgement on its merits due to a foot injury that’s restricted my time outside tremendously.

She gives the North Cliff mostly an enthusiastic thumbs up. She likes nearly everything about it, from the sleek white styling to the harnesses to the incredibly lightweight.

The only serious grumble she had about the Fabers didn’t surprise me in the slightest. The shoes, she discovered, were most useful on packed and semi-packed trails, and performed poorly on breaking trail here in the Arctic Circle.

When trying to break trail, she said the shoes almost had a split personality. She liked the seriously up-turned toes on the North Cliffs, which made it easier to punch her way through the snow. However, the rest of the shoe performed quite differently, bogging down to the point where she said she felt as if she was wearing two different shoes in one.

I found much the same thing from my limited use of them. The North Cliffs are described as a mountaineering shoe, and just don’t provide the kind of serious floatation you need to deal with the snow in the Western Arctic where we are currently living.

My advice to snowshoe manufacturers of all stripes would be to bring your new models to this kind of terrain if you seriously want to try them out, because anything outside of a traditional pair or specialized set just don’t cut it here if you want to get off the beaten path.

I will acknowledge, of course, that there’s not enough people living here in this part of the world to make it financially viable to build pairs designed around these conditions.

I suspect the North Cliffs, along with some other mountaineering shoes I’ve tried, would perform much better in those conditions, and the type of snow found further south where most of the snowshoers are.

Certainly, they’re totally comfortable to wear on trails here where there’s been some traffic, but my preference when it comes to snowshoes is to wander more widely.

“If you are in the market for a light and easy to use snowshoe and your winter treks sometimes find you on the mountainside, the North Cliff is the choice for you,” Faber says, and I’d have to agree.

It’s a good all-round shoe, that, outside of the conditions found here, will work very nicely indeed. 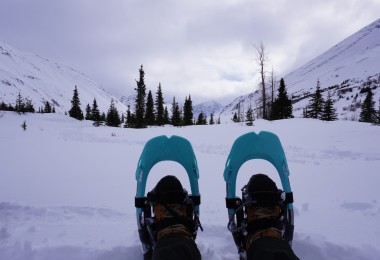 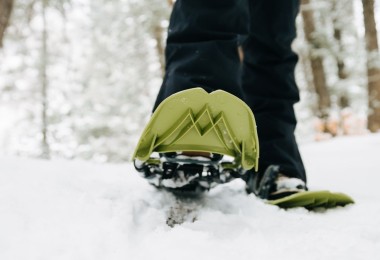