Snowshoeing has a long way to go in diversity and inclusion, as snow sports tend to have incredibly low representation from people of color.

There is an undeniable awareness that it is time to change these statistics. As we work together as an industry to be more inclusive, one man is also striving to increase participation in snow sports (and the great sport of snowshoeing) by people of color. 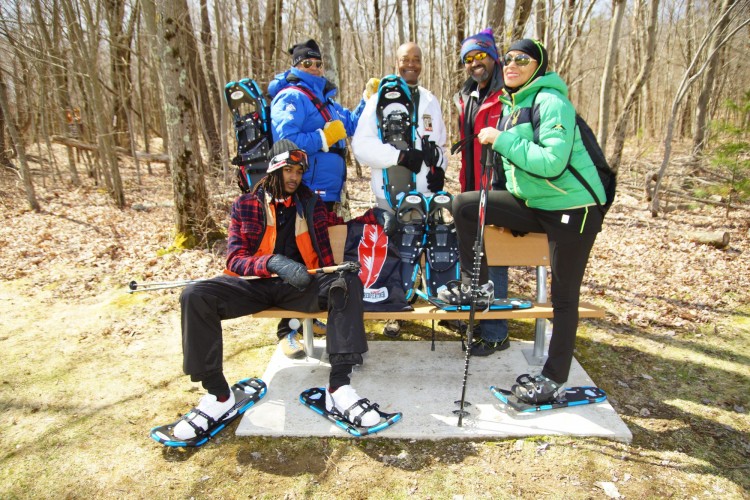 Where It All Began

A graduate of Rutgers University, Philpotts has been a longtime member of the National Brotherhood of Skiers (NBS), which is the largest African American skiing and snowboarding organization with over 50 regional clubs throughout the U.S.

Philpotts served as the first youth NBS Alpine Champion in 1974 at Sun Valley, Idaho. Yet, in 1988, despite being the top alpine racer in the NBS, Philpotts shifted from alpine to cross country skiing. That year, he won the first national cross-country classic race of the NBS.

Now, Philpotts has his eye on another snow sport: snowshoeing.

At the end of 2020, he reached out to Crossblades, a unique ski/snowshoe manufacturer. Since using the Crossblades in early 2021, Philpotts has been unstoppable. He has become an advocate for the sport of snowshoeing and is thrilled to share its joys with other people of color. As he mentioned, “We’re out here, and we love what we do.” 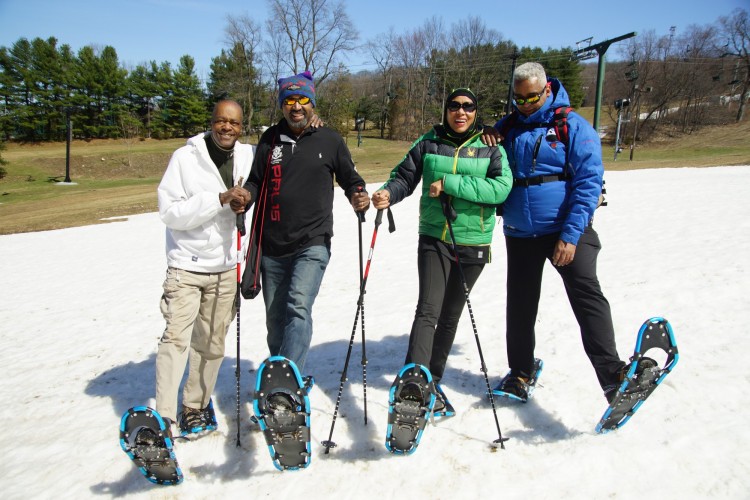 So, in what seemed like fate, a snowshoeing event was born! Within a few weeks, the venue was set, the players were together, and the gear was donated. Five individuals shared the snowshoeing experience at High Point Cross County Ski Center and Mount Peter in New Jersey in early April.

Due to recent high temperatures, there wasn’t as much snow as expected. However, still, there were opportunities to try the new Hike recreational snowshoes donated by Redfeather, a USA-made manufacturer in Wisconsin.

The crew or “Dream Team,” some of whom had never snowshoed before, took the sport many of us have come to love. Jumping, running up and down hills, leisurely strolls, and of course, laughs were all had at this inaugural snowshoeing event. See the photoshoot video for more!

Recalling the experience of the event, Philpotts said, “We had a blast! It makes me smile that you can try something new that you’ve never done before and get an appreciation to do it again.” It was truly a day of laughs, new moves, and exploration.

When asked what his recommendations would be for those interested in trying snowshoeing, Philpotts said, “No lift lines, no lift tickets. Your anxieties are lifted. Just try it!”.

Furthermore, for those looking for a more intensive fitness experience, snowshoeing can be what you make of it. You can use Nordic walking poles to increase your workout (or break your own trail), play games, or try your snowshoes on the sand! 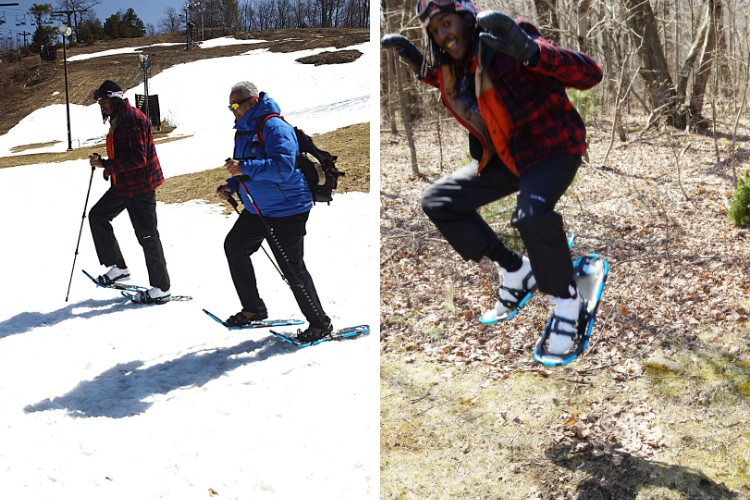 Snowshoeing for the Future

So what’s next for Philpotts, his initiatives, and the future of diversity in snow sports?

Philpotts plans to reach out to youth specifically, working via Redfeather’s curriculum for schools. Moreover, the recent snowshoeing event was only the beginning, with more snowshoeing to come. There may also be more snowshoes on the sand in the future, as Philpotts has recently grown to love sandshoeing for fitness.

As the saying goes, “‘Aint’ nuttin’ but a step for a steppa'”

To keep up to date on all of Philpotts snowshoeing activities via his Facebook page, Snowmotion. To learn more about the National Brotherhood of Skiers, their mission, and their annual Black Summit (which will be held in Snowmass, CO, in Feb 2022), visit nbs.org. 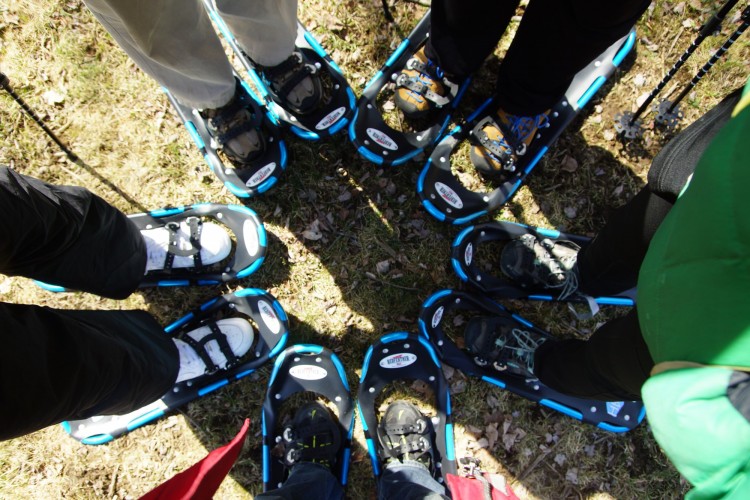 The Dream Team on their ‘shoes! Photo: Errol Gould

Would you try snowshoeing or participate in a snowshoeing event? What are other ways to increase diversity and inclusion in snow sports and snowshoeing? Please share your thoughts with us in the comments below.

This article was originally published on April 14, 2021. On June 15, 2021, a revision was completed to correct inaccuracies surrounding the event and the National Brotherhood of Skiers. 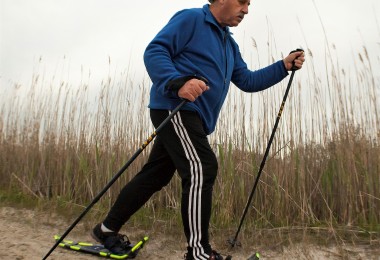