Optimal performance for trail runners and snowshoers requires a balanced diet in which foods with a negative effect must be eliminated.

The highly refined foods that comprise a large percentage of most diets do not contain the nutritional components worthy of our consumption. Calories absent sustenance (micronutrients) means nutritional stress.

A balanced diet is one comprised of fresh, whole, raw, ripe, organic fruits and vegetables, nuts and seeds – with fruits predominating.

When a balanced diet replaces the usual westernized diet that is grossly out of balance by placing cooked proteins and starches on center stage, it will represent a monumental step toward true lifelong health and endurance sports performance.

The consumption of raw fruits, vegetables, nuts and seeds makes it difficult if not impossible for the trail runner or snowshoer to develop a vitamin deficiency. The power of a balanced diet in terms of optimum wellness, disease prevention and risk reduction, endurance sports performance, and personal and planetary health is unequivocal. 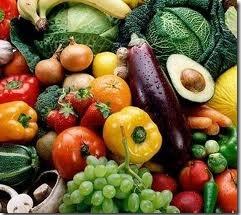 Nutrition plays a vital role in the regeneration process. It simply depends on the quality of the food. Contrary to popular belief food is not synonymous with nutrition and being fed is not the same as being nourished. Our society is overfed yet undernourished.

Macronutrients are the carbohydrate, fat, and protein that comprise 100 percent of the caloric content of all foods. Sugars, fiber, and starch are types of carbohydrate. Athletes endlessly alter macronutrient ratios in pursuit of their specific training, racing, and sports performance goals.

Nutritional density refers to micronutrients – not macronutrients. Micronutrients represent the foundation of nutrition. Micronutrients enable your body to produce enzymes, hormones, and related substances essential for proper growth and development.

Micronutrients do not contain calories and their dietary presence profoundly mitigates nutritional stress and accompanying symptoms.

All vitamins, minerals, trace minerals, phytonutrients, antioxidants, and carotenoids are classified as micronutrients. The list of micronutrients is extensive and ever-growing as every nutritional component other than carbohydrate, fat, and protein is considered a micronutrient.

It is abundantly clear that most people consume too many calories and too few micronutrients – this includes trail runners and snowshoers. This destructive pattern is a prominent ingredient in the recipe for widespread and steadily declining health. 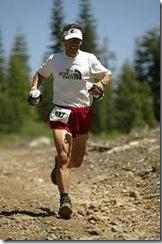 It is obvious that the mere consumption of food does not guarantee proper nutrient uptake, hence, nutrient content versus calories became the standard USDA ratio for measuring the value of food in 2005.

Minerals are vital for health and represent the base on which health is built. Nutritional stress is the result of a lack of micronutrients, such as minerals and phytonutrients, in our food.

Micronutrients cannot be present in our food if minerals in the soil are scarce. Mineral content in the topsoil has been severely eroded in recent decades and its deficiency directly contributes to the paradox of widespread health issues due to an overfed yet undernourished society.

North American soil depletion in the last century is a staggering 85 percent. This dubious distinction leads the continents of the world. Sodium, calcium, potassium, magnesium, phosphorous, copper, zinc, and iron began to taper because the population explosion both condensed the amount of arable land and stifled the adequate supply of food.

Conventional agriculture sought to remedy this dilemma by mass producing food on as little land as possible. This option adequately met our heightened demand for food but failed miserably in producing nutrient-dense quality food. The enormous demand for food spawned widespread pesticide use and genetic modification as the default plan to meet the level of need. The mineral content of the soil no longer was a consideration.

Our bodies will not become satiated if insufficient minerals exist in the soil – it will only signal us to consume more of the same useless fuel. Hunger is more about not consuming enough nutrient-dense food and less about the volume of food consumed.

The tendency to overeat becomes chronic and often induces weight gain. Transporting even a few extra pounds increases the risk for a wide range of diseases such as type 2 diabetes, hypertension, arthritis, osteoporosis, and cardiovascular disease to list a few. Trail runners and snowshoers are not exempt from this phenomenon.

The Standard American Diet (SAD) is built on the premise of caloric intake versus consumption of key micronutrients such as minerals. 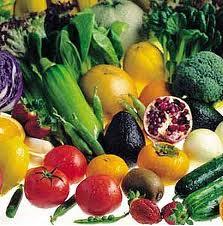 Foods with a greater concentration of micronutrients will inherently have a greater alkaline-forming effect thanks to its mineral content. Boatloads of endurance athletes tell me that they are aware of this concept but they seldom adhere to it.

Their quest for improved stamina, strength, performance, and optimal health is in search of the quick fix. This is as counterproductive as chasing the wind.

Properly executed nutrition is the cornerstone dimension of wellness and plays a profound effect on endurance sports performance (especially the recovery phase).

Mineral deficiencies play a role in cardiovascular disease – which kills more than 910,000 Americans annually. Nutrient-absent food is among the most significant factors contributing to this morbid trend. Stress is the root cause of most diseases. The lack of nutrients in food is the primary cause of nutritional stress. Clearly this is a problem.

The production of a greater volume of food ought to be benched in favor of producing food of the highest density – which is governed by the soil quality. Crop yield needs to be redefined to represent nutrients within a food as opposed to its archaic volume, weight, or caloric value of the harvested food.

Animal agriculture is an inefficient use of land and depletes the soil of minerals. Livestock production accounts for a staggering 70 percent of all arable land and 30 percent of the land surface of the planet.

Seventy percent of all food grown is used to feed animals – which in turn are slaughtered to feed humans. This is a waste of resources and produces low nutrient-dense food. The trail runner and snowshoer ought to seek efficient ways to optimize his/her performance not sabotage it.

If nutrient-dense crops were planted in place of animal feed, a population more than twice the size of North America could be fed on the highest quality of food. Plants represent the medium. Plants draw minerals from the soil and pass them to us in form we can easily assimilate.

When you understand the concepts of net gain and one-step nutrition through the consumption of nutrient-dense foods you will begin to honor the sanctity of your food choices and its impact on your endurance sports performance, wellness, and the planet.

A balanced diet is one comprised of fresh, whole, raw, ripe, organic fruits and vegetables, nuts and seeds – with fruits predominating.

The consumption of raw fruits, vegetables, nuts and seeds makes it difficult if not impossible for the trail runner or snowshoer to develop a vitamin deficiency.

The power of a balanced diet in terms of optimum wellness, disease prevention and risk reduction, endurance sports performance, and personal and planetary health is unequivocal. 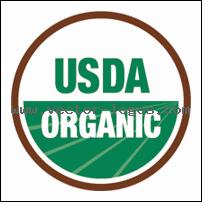