Winter depression and the link to natural light availability

The prevalence of winter-onset depression is widely believed to increase along with latitude. The most popular hypothesis for its cause is decrease in available daylight in the period near the winter solstice. Might participation in snowsports such as snowshoeing and skiing have a therapeutic effect on Seasonal Affective Disorder (sad), perhaps by increasing exposure to natural light?1

I always found myself dreading the grey days of winter as a child and teenager growing up in western North Carolina and brightening up when the first daffodils bloomed as February turned into March. In my late 20s I moved to southern Indiana and found the situation even worse. The winter was every bit as drab, and the bright blue skies which I was used to seeing begin to appear in late February in Southern Appalachia were replaced with slate grey cloud cover which stretched on into May. A few years later I moved to western Massachusetts and was pleasantly surprised to find that my mood dipped far less over the course of my first snowy winter, and remained positively upbeat over the next couple of winters as I began to explore the Berkshires and Taconics on snowshoes, only to droop again during the almost snowless winter of 2011–12. 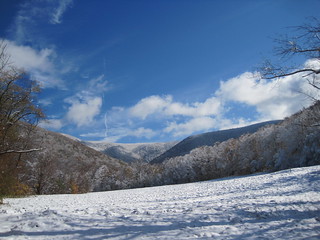 It is just harder to be blue on a day that like this.

My experience fits with an assertion that I have seen made on a handful of websites that outdoor activity in the snow has a therapeutic effect on sad via increased exposure to natural light via its reflection off the snowpack. But when I went searching for published research related to this assertion I was surprised to find not only that such publications do not seem to exist, but also that assumptions regarding the prevalence and cause of sad are less than well-supported by those publications which do!

Knowing that some readers might feel gypped otherwise, my answer to the question posed in the title to my piece—do snowsports have a therapeutic effect on sad?—is “maybe.” But do read on. There is some interesting intellectual terrain to traverse on the way to arriving at that answer!

South African native Norman Rosenthal became interested in seasonal variation in mood after relocated from his native Johannesburg at a latitude of 26° in order to complete his psychiatric residency in New York City, latitude 40°. Rosenthal helped pioneer the use of phototherapy (sitting in front of a high output lamp for thirty or so minutes in the mornings) for the treatment of sad. Studies have generally vouched for the efficacy of phototherapy in the treatment of sad. The fact that increased exposure to light aids in the remission of sad can be taken as good evidence that light levels are a or the causal factor for the condition. In addition, U.S.-based surveys have found a higher prevalence of sad in northern states, which have shorter winter day lengths than do southern states. Taken together, these two pieces of information lend themselves to a model tying decreased exposure to light to the etiology (cause) of sad. In other words, shorter winter days cause sad, right?

Not so fast. Survey data on sad prevalence in countries outside of the United States complicates the picture. While sad prevalence does increase along with latitude in continental Europe, the prevalence tends to be substantially lower than in locations of similar latitude within the United States. For example, while Madrid and New York City are both located at 42° latitude, surveys have shown a noticeably lower prevalence of sad in Iberia as compared to the Northeastern United States. So what gives?

Despite being located relatively near each other latitude-wise, winter weather in Madrid and New York City tends to differ, with winter days in Madrid being more likely than those in New York City to be sunny and free of precipitation. This suggests that climate may be a (if not necessarily the only) causal factor for sad.

Additional localized factors have also been suggested as possible contributing causes for sad. A survey of the prevalence of sad in Fairbanks, latitude 64.84°, found a rate of 9.2%, while a survey of sad prevalence in Iceland, whose capital Reykjavík is located at a latitude of 64.13°, found a national sad rate of between 3.8%–7.5%. The quality of daylight available in Alaska vs. Iceland, particularly a dominant blue hue present in the daylight of the latter, has been put forth as the hypothetical cause for the discrepancy. This comparison also suggests to me that we should unpack the concept of ‘available daylight’ in relation to sad. Is the efficacy of phototherapy primarily related to thirty additional minutes of bright light a day (that is to say, to an increase in photoperiod) or to the particular quality of light encountered during those thirty minutes? 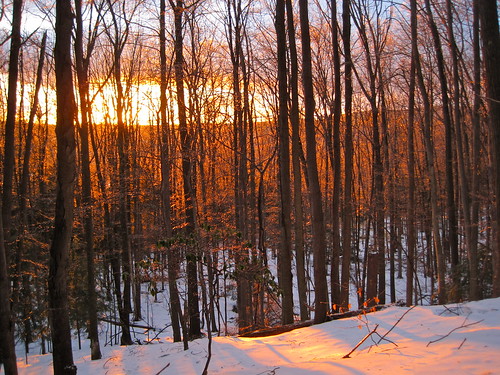 Photographers know that not all light is the same.

It is also worth noting that winter is not the only season associated with lowered mood for sufferers of Seasonal Affective Disorder. Summer-onset sad also exists and is the prevalent form of the disorder in, for example, northern Australia, an area with summer high temperatures averaging in the mid-90s°F and summer humidity averaging around 70%. This again suggests climate as a causal factor, and that climate extremes of any sort should be investigated as possible contributing factors for sad. As someone who has spent an annual round in an area (the western highlands of Guatemala) where the seasonal variation was dry/wet rather than hot/cold, I would think that research into sad prevalence in such locales might do much to inform us as to the nature of the disorder.

Other factors not directly related to light or climate have also been suggested, including variation in local population genetics and social life. I would suspect that an inverse relationship between levels of social support and sad prevalence might also hold (access to healthcare is universal in Iceland, for what it is worth). In any case, my own decidedly non-expert reading is that while variation in exposure to light may be a sufficient condition for the onset of sad for some sufferers, it would seem likely that multiple factors contribute to the condition. (This seems a promising avenue of investigation for those public health researchers in search of a fundable grant proposal topic, by the way!)

So DO snowsports have a therapeutic effect on Seasonal Affective Disorder?

As I said above, I am no expert on Seasonal Affective Disorder or medical research or treatment more generally. But if my non-exhaustive literature review is any indication, the only point of agreement amongst (most!) researchers and practitioners is that phototherapy is a useful treatment for sad. While it is not clear to me from my readings whether the quality of sunlight at more northerly latitudes is sufficient for ameliorating sad, participation in winter outdoor activity does provide exposure to it in the case that it is.

Albedo means you need sunglasses in the winter. 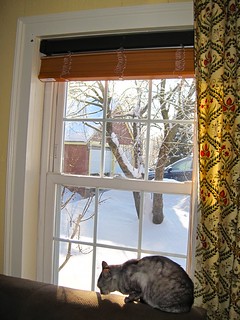 Albedo also means your sunny window is even sunnier in the winter.

And even if winter sunlight has no therapeutic effect on Seasonal Effective Disorder specifically, the hypothesis that regular exercise has a positive impact on mood has yet to be disproven. In other words, while the weight of the available evidence can not be said to support the suggestion that snowsports specifically aid in the treatment of Seasonal Affective Disorder in particular, it is clear that regular and reasonable exercise more broadly does aid in the treatment of depressed mood in general. 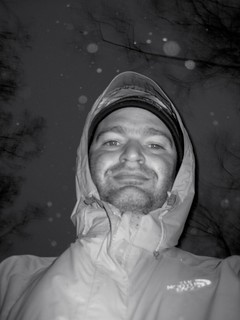 And for some of us, snow just makes us smile.

And maybe playing in the snow has been making you happy since you were a kid. If so, maybe there is no need for you to overthink things!

1 Please do not mistake this piece for medical advice! If after reading it you are curious as to whether you may be dealing with the symptoms of sad, I would recommend a talk with your family doctor/General Practitioner rather than embarking on a self-prescribed regime of phototherapy. One of the reasons this is important is because sad may co-occur with bipolar disorder, and the relationship between light exposure and depression and (hypo)mania in bipolar disorder is a subject unto itself.

Thank you to Diana Roth for handing down the old pair of Tubbs which have helped make my winters so much easier.