Winter Trails Day is the day when people can try snowshoeing or cross-country skiing for free at a participating location. The event produced by SIA, the national trade association of product suppliers has been held for 20 years and this year it was on Saturday, Jan. 10, a day for people who were new to winter sports, snowshoeing and cross-country skiing.

These forms of recreation are quick to learn and fun for all ages, making them perfect for families and groups and they’re a great way to get outdoors and get some exercise. The program was only for snowshoeing for more than a decade and then cross-country skiing was added to increase the number of potential locations. 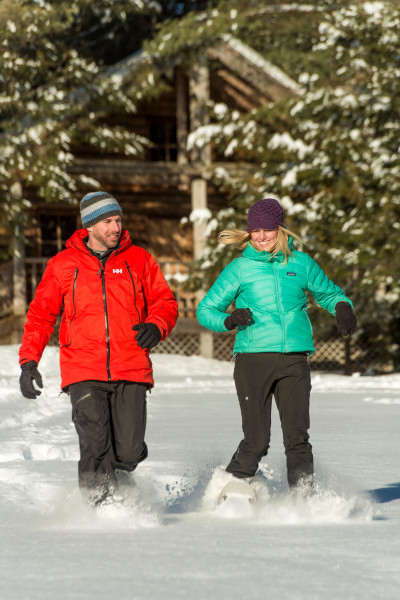 The Jackson Ski Touring Center in New Hampshire had a very good turnout with about 50 participants. Some paid for a $10 tour that was offered and a few were obvious, existing converts. Some folks had so much fun that they then signed up for the $19 “Learn to Ski” packages. There seem to be a lot of 30-somethings looking for a good deal and they then discovered that even at full price it’s all a good deal.

The Mountain Top Inn & Resort in central Vermont hosted an afternoon group lesson and had at least 15 total participants including some families with children. Most of the participants reportedly were from the nearby Rutland area. There were mostly snowshoers who showed up this year. A few guests also tried both skiing and snowshoeing and the feedback was all positive with both the guests and the staff having a great time.

The folks at Lapland Lake Vacation Center in Northville, N.Y. said they were delighted to host newcomers and heard snowshoers and skiers said they had a good time and were going to do it again.

Rikert Nordic Center in Ripton, Vt., reported a great day with a lot of people getting free clinics with many first timers and others who had not been out in years. There were eight people who showed up to try adaptive Nordic skiing on sit skis.

A few families called ahead and got set up for equipment and a lesson on equipment use and technique at Garnet Hill Lodge in North River, N.H. They truly enjoyed the great weather and trail conditions as they got their snowshoes and skis under them. It was fun for the staff to share their enthusiasm for the sports with parents and kids alike. They realized how accessible these sports make the beautiful woods, frozen lakes and mountains that surround us.

Weston Ski Track outside of Boston had 147 people who came for just the snowshoe demo and there also were 180 free ski lessons. Snowshoe companies Tubbs and MSR had reps on site and both reported that they were busy. The radio station Mix 104.1 was playing music and handing out giveaways for the morning. Retailer EMS brought a ski demo fleet also, so people got a chance to try out skiing at no charge. There were many families with kids and a bunch of people who recruited their friends to attend.

Smuggler’s Notch Resort in Vermont had a great turnout last year but decided to reschedule Winter Trails Day this year on Feb. 1 after deeming the trails were in need of more snow. 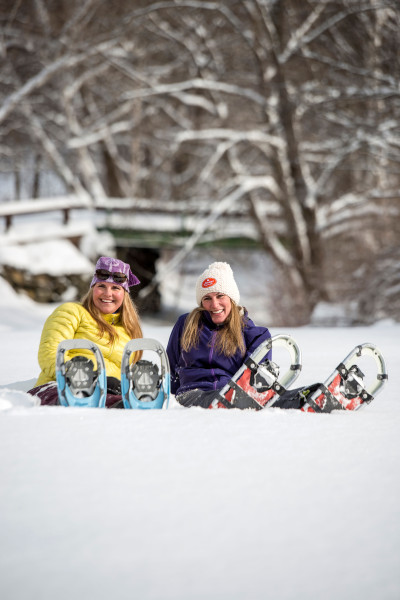 Moving westward, a few areas in Minnesota also had to postpone the event due to lack of snow and at Cross Country Ski Headquarters in Roscommon, Mich., it was a very cold day and they had a fine turn out for Winter Trails day on the cross-country ski side but none of the 16 snowshoe reservations showed up! The participants enjoyed hot cocoa and hot dogs after reaching the Trapper’s cabin. The area also had overflow for Winter Trails Day on Sunday.

At Frisco and Breckenridge Nordic Centers in Colorado they had more people than they could handle and there were a number of no-shows who had reserved the equipment. They invited some people to take a lesson on the following day. Some ski clubs promoted the event as a “free day” rather than a program limited to first timers and that was a small challenge to what was a positive introduction for newcomers to the sport.

Tahoe Donner Cross Country in California had more than 200 participants taking mini lessons and trying snowshoe and Nordic ski equipment. The weather was fantastic and participants received a return offer.

It was a great weekend in the Methow Valley of eastern Washington. There were a lot of people in the Valley, some celebrating Winter Trails but more were simply celebrating the fact that there was such great snow.

In review, the 2015 Winter Trails Day was a success as an introduction to snowshoeing and Nordic skiing with broad publicity and about 80 local sites participated around the country. There do seem to be ongoing problems with the event in that an event scheduled on one day is overly susceptible to the weather.

Additionally, there are logistical issues for the site managers to address such as people registering and not showing up, how to effectively introduce larger numbers of people with limited equipment to use, and finding acceptable ways to tell experienced snowshoers and skiers that the program is intended only as an introduction and not free for all who show up on that day.

The Learn to Ski & Snowboard Month gives alpine ski area operators a hedge against the weather on one specific day. Winter Trails also has an uphill effort to persuade about two thirds of the commercial Nordic ski areas to participate or to figure out why they do not offer the program.

Winter Trails program administrator Reese Brown commented, “There were some good successes reported in this year’s program with people making a connection with the resorts to make snowshoeing and/or cross-country skiing a lifelong part their family activities.” According to SIA, “the final numbers are being tallied and are expected to reach 10,000 participants. Many of the Winter Trail sites had the same attendance numbers consistent with the two-year average with some trending sharply higher.”

Winter Trails Day involves trails groups and cross-country ski resorts and centers nationwide, and the program introduces thousands of kids and adults to these snow sports each year.

To find more info on the program, visit http://www.wintertrails.org.