Feat (noun)  1. a noteworthy or extraordinary act or achievement, usually displaying boldness, skill, etc.: Not succumbing to the Gnarly Bandit is a feat.

Back in April of this year, fifteen accomplished ultra runners toed the line for the first race in the 2012 Wilderness Athlete Gnarly Bandit Ultra Trail Series, which is just as tough as it sounds. Forget that some other races claim to be the toughest on the planet; this series will put any such claim to shame.

The series is comprised of five tough, gnarly races. Eleven athletes completed the first challenge of the series, the Zumbro 100, ten finished the second feat, the Kettle Moraine 100 mile or 100K, six endured the third test, the Black Hills 100 mile or 100K, and three survived the fourth obstacle, the Superior 100. That is a tremendous amount of rough and steep terrain! Finishing any one of these races is a feat in itself. 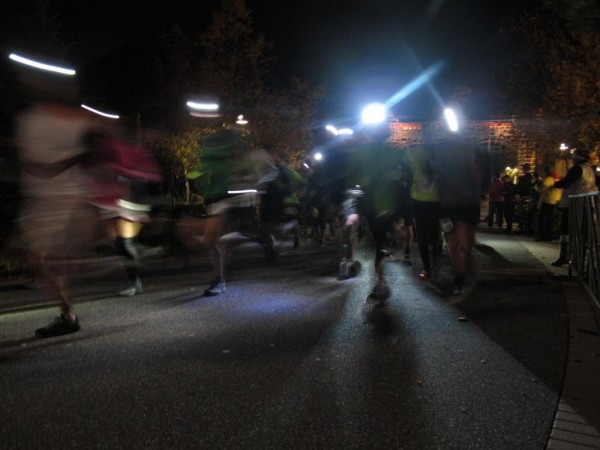 The Wild Duluth 100K begins in a blur!

Wild Duluth 100k was the final challenge in the series, offered by Upper Midwest Trail Runners. All athletes who complete all five races receive an equal portion of the $600 bounty put up by Wilderness Athlete Performance Products, as well as a coveted work of art by Rock Steady Racing’s own John Storkamp. 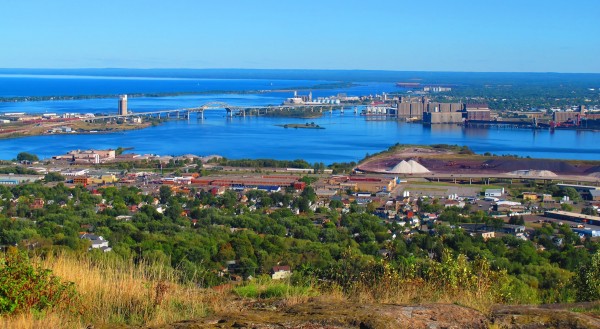 Without the fog, the views of Duluth in the forefront of Lake Superior from the Superior Hiking Trail are incredible. (This photo was taken a month prior to race day.) 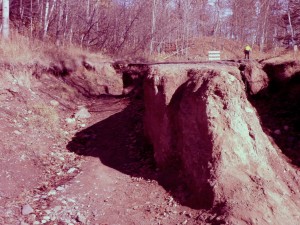 The destruction of the Duluth flood was obvious, even months later. The course went right through this erosion.

Even before the race began, the Gnarly Bandit himself was in attack mode trying to end this race in demise. From June 19 to 20, over 7 inches of rain fell on the Duluth area, culminating in the wettest two days on record. Duluth was already soaked from the 2” to 4” of rain they received on June 17 and 18. The result was massive flooding in many areas, unthinkable for hilly Duluth.

Even though the Gnarly Bandit attacked the course itself, the race director, Andy Holak, was relentless in working on the course and doing many re-routes to keep the race on track. The course passed by, over, and around the physical reminders of how powerful water can be. 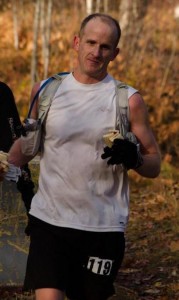 Not to be thwarted, race day began with a low fog covering Lake Superior and much of the lower elevations. While vistas were in a white haze, the rocky rivers, yellow birch, red-leafed undergrowth and white pines were all the more striking with vibrancy. The beauty of the area never fails to impress. The trail was in great condition, all of the rocks and ruggedness remained despite the flood.

When the fog lifted mid-day, the weather was absolutely perfect for running trail – 50’s and sunny!  Enjoyment on the trail is one of the top influencers of the finishing rate, which was high this year. All the results for the races can be found on the Wild Duluth website. 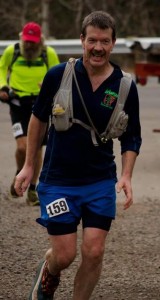 Although it may sound cliché, ignoring the celebrating that occurs following a milestone achievement such as defeating the Gnarly Bandit is unthinkable. After enduring 100’s of tough trail miles, your body and mind need a reward and you have earned it. You have to bask in the mountaintop experiences when you arrive as reward for enduring all the trudging in the low valleys.

How many will have the courage to attempt the Gnarly Bandit series next year? The challenge may be indicative of the ultra lifestyle. In life, you can’t just sit there. Keep on living…or get to dying. 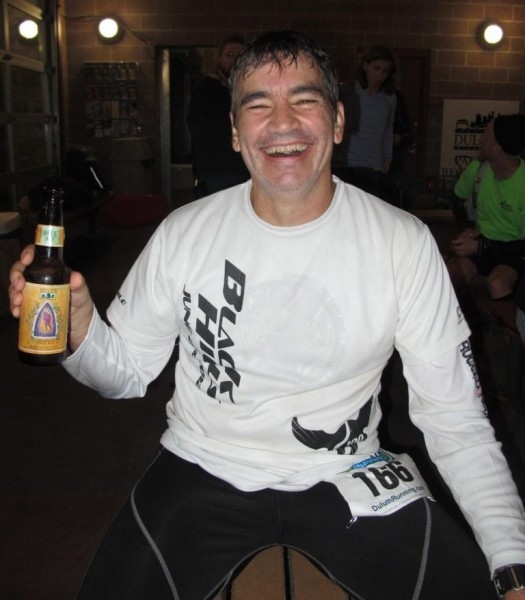 All photos taken by Molly Cochran, except where noted.