Along with being the Land of 10,000 Lakes – the state sustains more than 13,000 but is too nice to admit it – and having habitually occurring nasty winter blizzards, Minnesotans also claim to be “Minnesota Nice.” While it’s not possible that all Minnesotans are nice all the time, just being at Murphy Hanrehan Park on the Saturday before Halloween every year to race or volunteer for Surf the Murph morphs you into Minnesota Nice. And when you add Surf the Murph Minnesota Nice to the already amazing generosity of the ultra running community in any location on any given day, you have one special event. 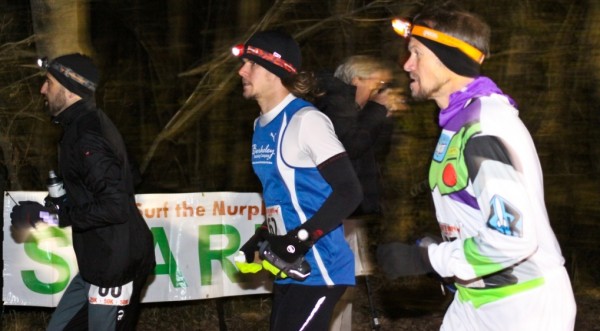 Buzz plans to battle it out in the 50 mile – too bad Woody didn’t show!

I can’t tell you how many racers over the years have told me that we have the best group of volunteers they have experienced or that they can’t imagine any way to improve the race experience. The comradery felt by racers, volunteers, spectators, and race directors alike is unsurpassed. 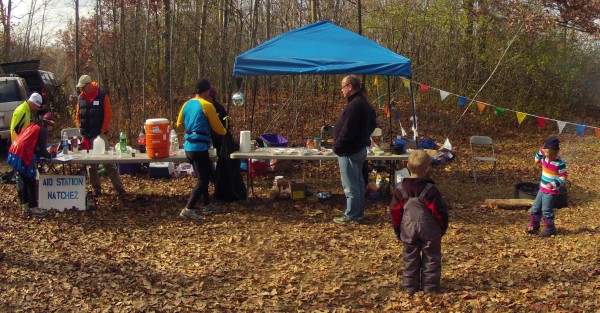 Natchez Aid Station in full swing, where volunteers out number racers 5 to 1 most of the day 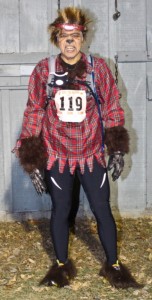 About 10 miles into the race, the course visits “Smurf Village”. The village cuts through some bushy game trails before gliding along the Credit River for nearly a mile, which is in my opinion the most beautiful area of the park, a perfect location for a village of Smurfs.

At about 15 miles into the loop, racers get the privilege of experiencing the “Fun Zone,” a unique variety of fun terrain culminating in a climb of “Pikes Peak” and a descent of “Butt Slide”. Not surprisingly, many racers mentioned this section was only “fun” during the first loop. As the racer costumed as The Blinking Idiot said, “Those closing hills in the Fun Zone, easy the first time around, climbed blinking hard on the last lap.”

Surf the Murph differs from many other races in that the costumed are rewarded more than the quick footed. The most notable costumed arrivals this year were a Werewolf (E Paul Christians), The Blinking Idiot (Phillip Gary Smith), an Elf (Jason Bakke), a Skeleton (Heather Sailor), Buzz Lightyear (Doug Kleemeier), the Peanuts Gang (Philip Lienemann, Chris Fenske, Christine Fenske, Stacie Lienemann), a brightly colored Clown (Melissa Eibner), and a Fairy (Laurie Olson). 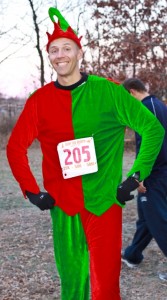 Jason Bakke just toyed with the trails during his race

Even while the costumed characters paraded around the course, some remarkably quick performances were obtained. In the 50km, Chris Denucci bettered the previous male course record by nearly 10 minutes to 4:08:21 – a rocking fast time on a tough course. In the 50 miles, three males bettered the previous course record: Eric Senseman (6:55:43), Cameron Berg (7:04:34), and Jason Tischer (7:19:54) – amazing performances! More results are located at the Surf the Murph website.

Again this year, all finishers and non-finishers alike were able to brand their own award with the distance they finished: 50 mile, 50 km, 25 km, or the sometimes popular DNF. If you can brave werewolves, elves and clowns, race Smurf Village and the Fun Zone plus enjoy Halloween hospitality at this goblin-fest October 26, 2013. 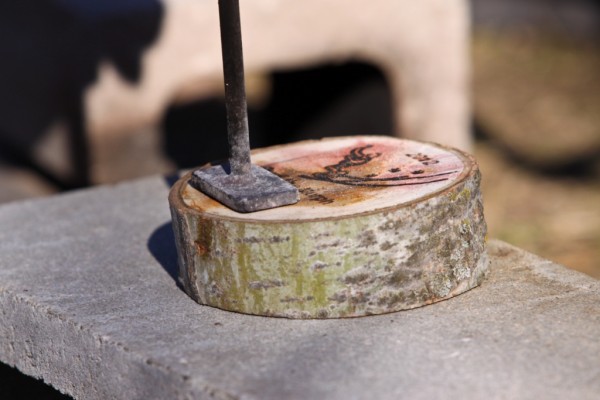 Branding a finisher award – a favorite activity of the day!