Set on a 100-acre site among the Sooke Hills in a coastal temperate rainforest at Sooke Road, this is one amazing experience which is guaranteed to bring you thrills galore. Its two suspension bridges and eight zipline cables, 150 – 1,000 feet in length give you a bird’s-eye view of the forest, while expert professional guides will ensure your visit is fun and exhilarating but, above all, safe.

For the less mobile, transportation around the site is available, and it all adds up to one incredible day out. For further information and reservations call (250)-642-1933 or visit www.zipwest.ca.

Victoria’s legendary landmark at 1050 Joan Crescent, was built as a bricks and mortar testament to Robert Dunsmuir – an 1880’s coal baron – the most influential and wealthiest man in British Columbia. With 87 stairs, its four floors are filled with sumptuous Victorian furnishings, oak panels and lavishly stained glass. The Tower gives amazing views of the Olympics, Juan de Fuca Strait and Victoria.

Described by many as more British than the British, its cosy tea rooms and shops gives this quaint village a unique atmosphere all of its own. This ‘Best Bloomin Town on Vancouver Island’ will leave you with many happy memories as you stroll through the main shopping district, among the many buildings which reflect its British heritage. Its art galleries and golf courses take care of those with cultural and sporting interests, while its famous beach affords spectacular views of the ocean and marine wildlife, as well as offering some superb swimming.

Very much a commercial centre, the City of Duncan has also been called ‘City of Totems’ since 1985. As such, unique displays of around 40 totem poles – from local artisans – line its parks and downtown streets. Duncan is the Civic Centre of the Cowichan Valley and the traditional home of the Coastal Salish First Nations.

In the Summer, visitors can witness the making of traditional Cowichan sweaters. Famously hand knitted in one piece, the sweaters’ distinctive patterns are a personal reflection from the knitter’s family and unique to each. Amongst many unusual sights not to be missed is the world’s largest hockey stick and puck on show at the Cowichan Community Centre. Weighing in at 61,000 pounds, the stick measures 205 feet in length. Very much a unique photo opportunity.

Better known as The Singing Tower, this unique landmark sits in front of the Royal BC Museum, across the road from the Legislative Building. It was given to the city by British Columbia’s Dutch community in gratitude for the role Canada played in the liberation of the Netherlands during the second World War.

Officially opened in May 1968, its first 49 bells were cast in the Netherlands at the Royal Bell Foundry, with a further 13 being added in 1971. The Carillon, the largest in Canada, stands 90 feet in height. Free recitals take place every Saturday and Sunday at 3 p.m. during the summer and on Sundays only during the rest of the year. The carilloneur climbs 75 steps on the internal spiral staircase followed by a further 10 on a step-ladder.

From high above the city, the davier produces a restful sound as its song echoes across the inner harbour. Call (250)-356-7226 or click on www.royalbcmuseum.bc.ca for more details.

Seaport Place in Sidney is the home of Mineral World, an ideal family day out. Go gemstone hunting, interact with displays of minerals or even pan for gold. The choices are yours. Visit both the indoor or outdoor Scratch Patch and search for treasures amongst 80 different varieties of semi precious gems. Amethyst, tigers eye, agates, crystal quartz. They’re all there to be discovered. Open all year round, the outdoor Patch is set in 1,800 square feet of gardens right next to the sea. At the Science Centre, you’ll find an amazing array of hands-on displays which encourage interaction and learning. All centered around the fascinating world of minerals, rocks and fossils.

North of Duncan, and one hour from Victoria, Chemainus is not only a thriving community but one which welcomes tourists in their thousands. A unique feature of this coastal jewel is its outdoor art gallery of 32 murals depicting the pioneering spirit and heritage of the settlers in the Chemainus Valley. Horsedrawn wagon, train or coach will take you on tours of the area in the warmest mean temperatures anywhere in Canada. Chemainus is such a quaint and peaceful community, you’ll definitely not want to leave. 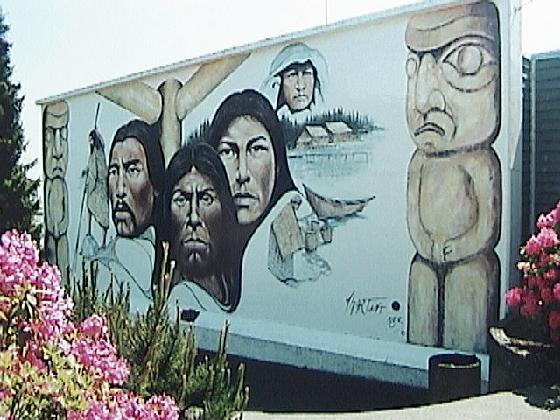 In 1967, the year of the Canadian Centennial, Nanaimo held its very first Bathtub Race. Nearly 200 contestants took part and, surprisingly, 47 completed the 36-mile course to Vancouver’s Fisherman’s Cove across the Georgia Strait. From these early days, the International World Championship Bathtub Race and four-day Nanaimo Marine Festival has gradually evolved. This is a major event for the entire family. 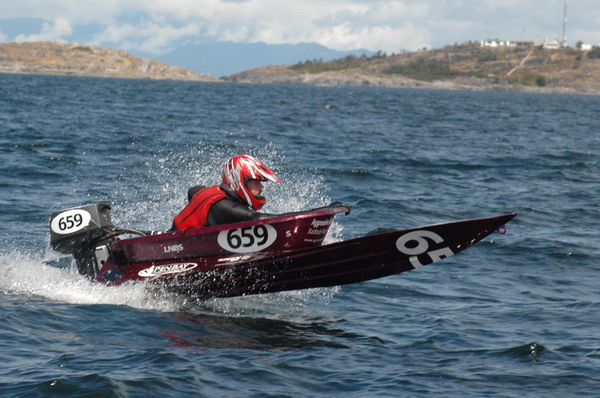 Once the bathtub race has started, the focus switches to the Marine Festival Food Fair and the Kiddies Karnival. The result is four complete days of fun with indoor and outdoor activities for the young, not so young and the in-between. It’s one epic event in a welcoming community known as ‘the Sun-Porch of Canada’. For more information, call (250)-753-7223.

Wildplay lives up to its name in spectacular natural settings at Nanaimo River Road. Challenge and family entertainment are very much to the fore. Whether it’s climbing from tree to tree, jumping from a 150-foot bungy bridge or speeding along at 100kms per hour on a zipline ride, the adrenalin will certainly rush. WildPlay’s Monkido games brings fun in the great outdoors, as well a challenge – giving kids and teens the chance to explore and stretch their limits safely and hone their physical skills.

Clearly, Vancouver Island offers many diverse, exhilirating and unusual offerings for the visitor looking for something a little bit different. I’ve set out to highlight just some of them. The region is huge, so who knows what else you might find if you take time out on your journey.