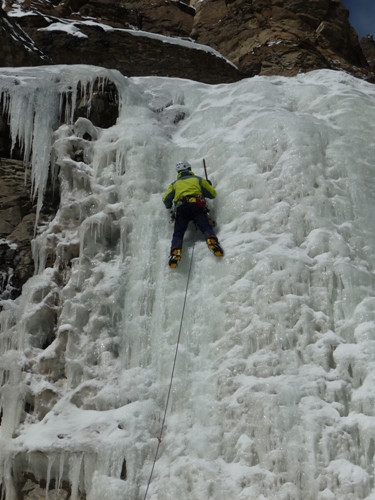 Cody, Wyoming has long maintained its reputation as the “Rodeo Capital of the World.” The town, which is located about 50 miles east of Yellowstone National Park in the northwest corner of the Cowboy State, seems much larger than its 9,500 inhabitants. Cody was founded in 1896 by the living legend, Colonel William F. “Buffalo Bill” Cody. Today, its broad streets, world-class museum, and thriving atmosphere are host to more than one million visitors annually. Though a popular summer destination, Cody also offers a host of outdoor winter activities like snowshoeing, Nordic skiing, Alpine skiing, and ice climbing.

The latter sport has really taken off in the last few years in and around Cody, especially on the South Fork of the Shoshone River. Here, you’ll find the most concentrated collection of (frozen) waterfalls in the U.S. In fact, they recently held the 14th annual Waterfall Ice Festival which attracted visitors from around the country as well as Europe. For more information on ice climbing in the Cody area, visit www.southforkice.com. 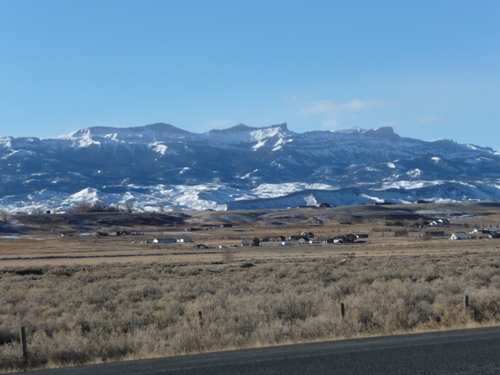 With all the magnificent natural settings in Cody, whose elevation is just about a mile above sea level, there’s also plenty of opportunity for snowshoeing. The Park County Nordic Ski Association offers 25 kilometers of cross-country ski trails and endless snowshoeing opportunities. Located in the Shoshone National Forest, the majority of trails sit just outside the East Entrance to Yellowstone National Park near Sleeping Giant Ski Area. There are lots of snowshoeing opportunities throughout the greater Cody area. Several outdoor guides can offer suggestions.

According to Kenny Gasch, the manager at Jackson Hole Mountain Guides, oftentimes those heading out to ice climb actually use snowshoes to arrive at their destination. “With some elevations at 7,000 feet or better, snowshoes are sometimes needed,” he says. A day trip combining the two sports is also an enjoyable outing in Cody.

Not to be Missed 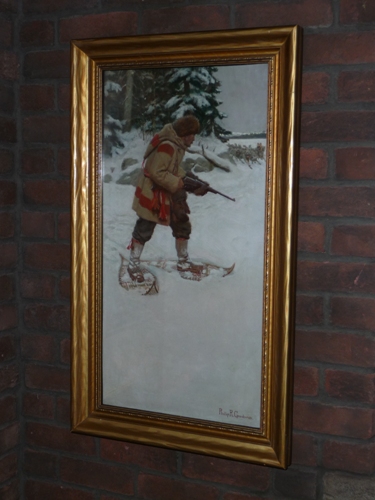 Heart Mountain Relocation Center on the outskirts of Cody is something every visitor must see. During World War II, the U.S. government rounded up Japanese-American citizens from their homes on the West Coast – mostly from Washington and California – and placed them in 10 internment camps located in California, Arizona, Idaho, Utah, Arkansas, Colorado, and Wyoming. Executive Order 9066 authorized the military to set up military zones and led to the forced removal of 120,000 persons of Japanese ancestry.

Last August, as a vivid reminder of the past, the Heart Mountain Interpretative Learning Center opened. Norman Mineta, former internee at Heart Mountain who became a congressman and U.S. Secretary of Transportation, spoke at the dedication ceremony: “There is no question this has been a labor of love for all the hundreds involved. It’s not about the past; it’s about the future because history always has the ability to repeat itself. What we’re doing here is drawing a line in the sand to say, ‘Never Again.’”

The Buffalo Bill Historical Center, often called the Smithsonian of the West, is widely regarded as America’s finest western museum. Its 300,000 square feet of exhibition space certainly make it one of America’s largest. Housed in the Buffalo Bill Historical Center are five separate museums, each individually known for its excellence. They include:

Cody has lots of accommodations for visitors. The town and surround area offers 28 motels and 1,423 rooms. Other specialty accommodations include bed & breakfasts, dude ranches, and RV parks. The Chamberlin Inn is one of the quaint and inviting establishments in Cody. Its most famous guest was novelist Ernest Hemingway, who stayed in room 18 on October 16, 1932. 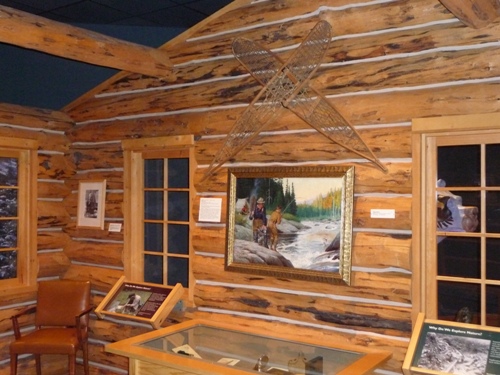 History abounds at almost every corner in Cody. A few hundred yards away from the Chamberlin you’ll find the Irma Hotel. Col. William F. Cody opened this landmark hotel Nov. 1, 1902, and named it for his daughter Irma. The dining room is graced by a priceless cherry wood bar which was a gift from the Queen of England. The hotel operates year round and is on the National Register of Historic Places.

For a complete listing of Cody offerings, visit http://www.yellowstonecountry.org/.