A few months ago, Jessica Cimino had given up on the chance to go on a week-long class snowshoe hut trip. She simply didn’t have the right gear.

It’s not like she could just head over to the sporting goods store and buy snowshoes and poles. She couldn’t even use a free pair of snowshoes from her school, because Cimino, a 17-year-old senior at Northport High School, is only three-feet, four-inches tall. 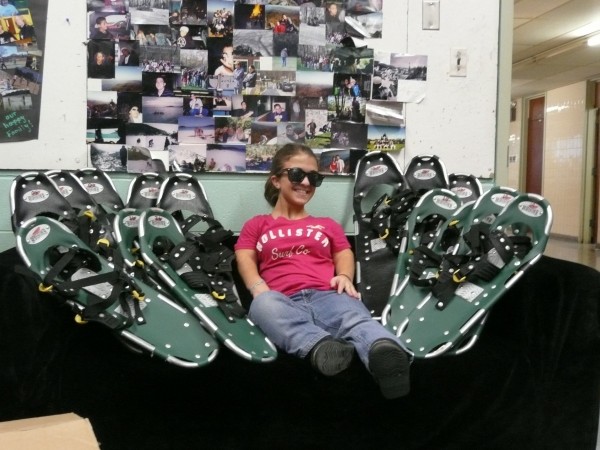 Jessica Cimino, 17, is a little person and needed specialized snowshoes to join her class for a trip. She's pictured here with the snowshoes her classmates used.

She wears a size two shoe, which made finding an appropriate snowshoe for the trip impossible. Her genetic disorder, called achondroplasia, is a type of dwarfism. She didn’t see any way around the technical problems of getting up a 3,000-foot mountain without the appropriate footwear.

“Once I read the letter for the trip, I told (my parents) I’m not going, this isn’t going to work out for me,” Cimino said. “My mom said, ‘You can do this, I have confidence in you. Just because you’re small doesn’t mean you can’t do it.’” 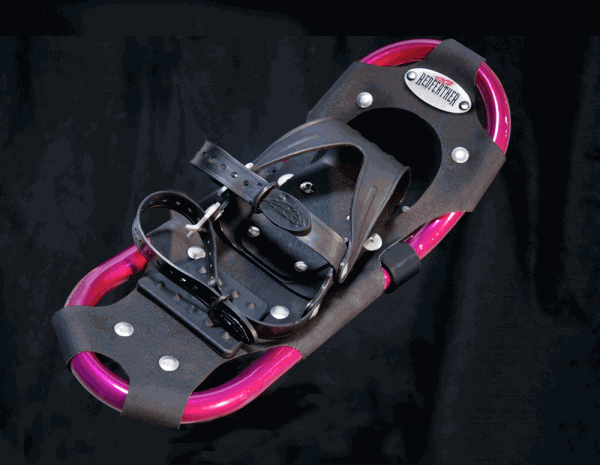 In February, she was able to join her classmates on the school Environment Team and go on that trip, eight and a half hours away from her school in Northport, N.Y., to the White Mountains in New Hampshire, and conquer that mountain. All because a snowshoe company stepped in to custom design and build the gear she needed.

Cimino’s teacher, Ms. Suzy Travis, and her husband contacted Redfeather Snowshoes, owned by ORC Industries, and asked if they could help. Although Redfeather has snowshoes designed for children, the design wasn’t right for her.

“They had looked at youth shoes, but nothing that was developed for the size of a person like Jessica,” said Randy Christenson, Redfeather’s corporate art director/ director of research and development. “I saw it as a chance to build something cool.” Christenson had never designed a snowshoe this small before.

After receiving specific measurements, Christenson was able to design and build the special snowshoe, specific for Cimino’s needs. Basically he used a size ratio, based on weight and a series of snow calculations to allow for different conditions like hard-packed snow or soft snow. He considered the distance between her feet when she was standing – a mere 6 inches – which was important because he didn’t want Cimino stepping on her shoes and clicking them as she walked. Christenson decided to offset the bindings to help prevent that from happening. 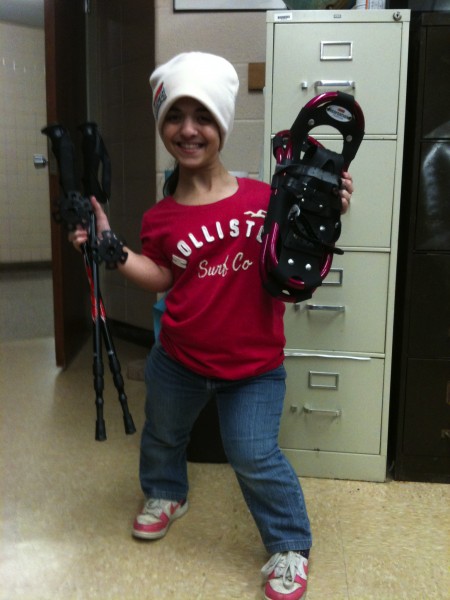 Her shorter legs made it necessary to design the shoe for a different stride than usual, and Christenson also lifted the toe on the shoe by nearly double the usual amount – almost five inches. To top it all off, he attached an aggressive crampon system to allow for support in harder packed snow. “That would help her if she was off-balance with the pack and her small frame,” he said.

Not only are the shoes functional, they’re also fashionable. To top it off, Christenson outfitted the custom snowshoes with a round tail, black decking and a schnazzy frame. “The frame is called raspberry and the two together is kind of like a cross between a Harley shoe and lipstick,” he said. “They’re cool.”

The shoes prepared Cimino to deal with powder, snowpacked areas and even some icy patches the trip. The first day, they snowshoed three miles on Mt. Washington, from the base lodge at Pinkham Notch to the foot of Tuckerman Ravine.The next day, she conquered the 3,300-foot Carter Mountain and had an amazing trip with her classmates staying in the Appalachian Mountain Club huts.

“I was the first little person to make it up Carter (Mountain),” she said. “I don’t think I would have been able to do it if they hadn’t made them custom to fit me. It was a dream come true.” Cimino plans on using the shoes again since her first snowshoeing experience went so well.

Although he’s never met Cimino, the experience was fun for Christenson, too.

“I find it a challenge to do stuff like that and I love it,” he said. “I was proud to put something out that was going to be used and needed. We put out a product every day that people buy and put in their closets. This was different.”

Erin is an entrepreneur and freelance writer living in Grand Junction, CO. She enjoys snowshoeing with her husband, Mike, and dog, Maxwell, as well as hiking, traveling around the world, baking, reading and writing.