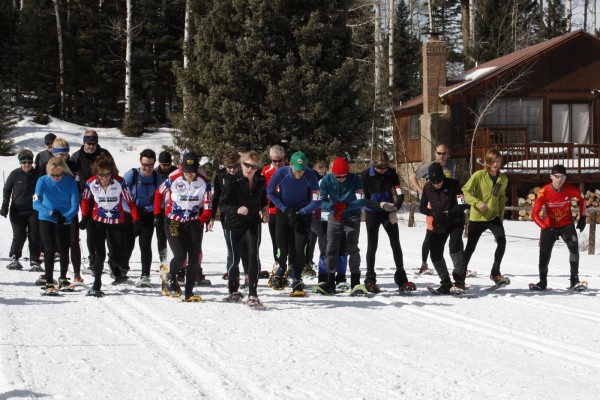 The Low O2 Challenge is snowshoe racing’s best-kept secret. A stunning course, great prizes, and everyone qualifies for nationals – at least this year. With only 15 people in the January 29 10K qualifier race, all finishers earned a ticket to Frisco.

The course was two loops of groomed Nordic ski trails and single track through the Enchanted Forest XC Ski and Snowshoe Area (EFXC) in Red River, New Mexico. “As required for a USSSA qualifier, the snowshoe course had a nice balance between single track and groomed trail, and the snow conditions and grooming were fantastic,” says second place finisher Daryl Dagel, 37, who also completed the Low O2 20K Nordic ski event the day before. “Living in balmy Albuquerque, you get fooled into thinking that the snow could not possible be good anywhere in the state – EFXC lives up to its name in that respect, and the crew there did a great job hosting the ski and snowshoe races.”

The race kicked off at 11:45 a.m., and was won by Matt Dreier, 36, of Los Alamos, in 51:52. Dreier, competing just two months (and nine screws) after major surgery to repair a broken collarbone, finished a good three-and-a-half minutes before Dagel. Both men finished in the top seven at the January 7 Santa Fe Snowshoe Classic. Dagel, whose Low O2 time was 55:37, won the Chama Chile Classic and Sandia Snowshoe races earlier this year. 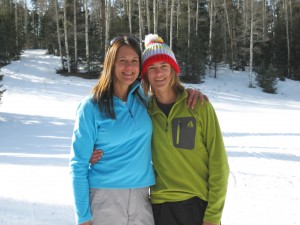 Henry Sime, 15, completed the youth qualifier 5K in 35:01. “It was harder than I thought it would be; it kicked my butt while I was doing it, but I had fun,” says Sime, who hasn’t decided if he’ll compete at nationals. “It would be cool to go to see what the competition is like, and it’d be a pretty unique thing to say I ran at the national level.”

Prizes were hand-thrown ceramic mugs, and the majority of participants also won door prizes, which ranged from yurbuds sport earphones to a two-night stay at a Red River hotel to EXFC gift certificates. 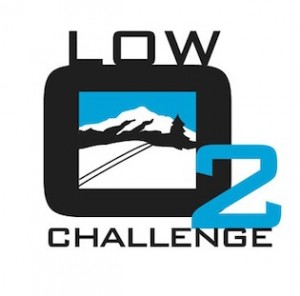 “Enchanted Forest is a great, friendly facility with nice terrain and operators,” concludes Jeanne Dawson, 31, who finished the 10K in 1:32:47 – her first-ever snowshoe race. “I think snowshoeing is a great winter sport that is accessible to many people versus skiing or snowboarding; it allows you to enjoy the scenery in a different way.”  Can’t argue with that.