Inaugural Snowy Range Snowshoe Races in the Medicine Bow-Routt National Forest hit the mark. With their 9,000 feet elevations and some 3-million acres (including the Thunder Basin National Grasslands), plenty of space is open for a championship caliber race. Alec Muthig with his Journeyman Adventures Enterprises experience pulled off two state snowshoe championships (5km and 10km) and a 20 km wilderness trek in this year’s get-go. 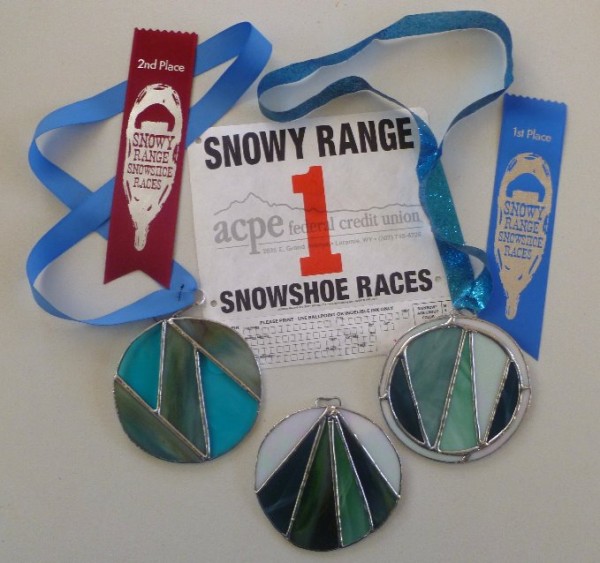 These work-of-art medals were a hit

Hawaiian Shirt Ray—better known as Raymond Churgovich—qualified for the Dion Snowshoes USSSA National Championships on his first attempt. Not that it would be any surprise as he has a page full of ultra trail finishes and wins, along with enough belt buckles from such names as Leadville to outfit the entire USSSA National Team. This is his account out of the day; read more and visit his terrifically entertaining website for all things dirt and snow trail: http://www.hawaiianshirtray.com/

Here is a great resort less than a three-hour drive from Denver that has a great atmosphere with a small town/local feel to it. It is hard to put in words, but as I approached the Snowy Range Ski Area, it just had a comfortable, low-key, unpretentious feel to it. I just knew it was going to be a good day snowshoe racing. 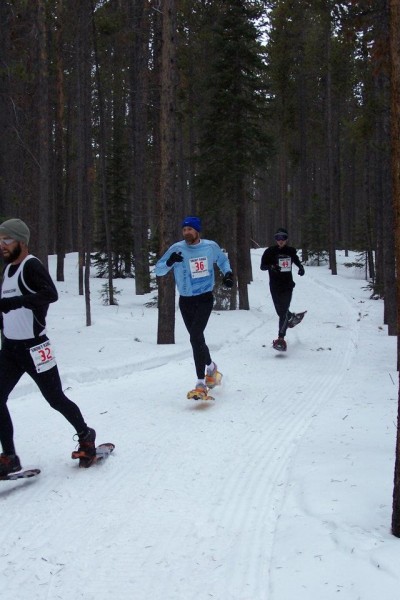 The weather was perfect for a snowshoe race.  It was mid to upper 20s with
light snow falling, and no breeze.  Just a beautiful day!

The Snowy Range Snowshoe Races consisted of three different distances: 5 km, 10 km, and a 20 km backcountry adventure. (As a USSSA national championship qualifier for the senior and junior ranks), this is already a prestigious race. Alec on his first running of the Snowy Range Snowshoe Races was able to organize such high quality events that the United State Snowshoe Association recognized them worthy of their national qualifying race schedule. This is quite the accomplishment for a first annual snowshoe event.

Alec’s description of the 20 km Snowshoe Race Backcountry Adventure is as follows: 75% single track with potential for untracked snow and 25 percent semi-groomed. Moderate to large climbs and descents through remote areas on the backside of the ski area. Route includes the beautiful and remote Libby Creek Valley and Ridge, topping out at over 10,000 feet with two fully stocked aid stations.

If you where brave enough to enter the 20 km, you must have minimum gear of 40 ounces of water, 200 calories of food, wind coat, long pants, hat (ear-band does not count), gloves or mitts, emergency whistle, Mylar’s space blanket, and a way to start a fire.

The 10 km consisted of doing two laps of the 5 km course. I snowshoe the senior qualifier—it felt like it was up hill the entire time. What I liked about the Snowy Range Snowshoe Races is there was not a mad dash to the single track. I have competed in snowshoe races where the race goes right to a single track, stalling the whole pack. 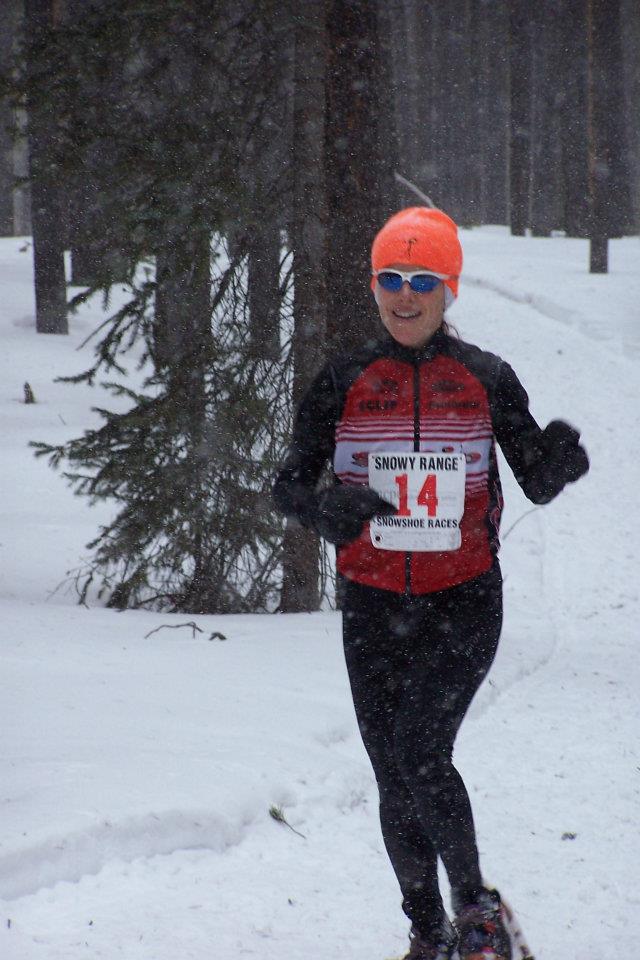 Lots of sunglasses at Snowy Range, even in the woods. It’s a Wyoming thing!

But not with the Snowy Range Snowshoe Races; Alec had the start by the ski slope and then turn to a cross-country ski trail. The beauty of the start is an up-hill start usually will get racers in the proper order that they are capable of racing. And because there was no mad dash to the single track, the cross-country ski trails were wide enough to pass other racers. By the time we reached single-track sections there was no log jam of racers because we were already positioned according to our athletic abilities. For me this alleviates the frustration of racers who go to the front of the starting line, but are not capable of being at the start of the line.

Alec did a great job in promoting his first annual Snowy Range Snowshoe Races and was able to assemble a great group of sponsors such as Northern Lite Snowshoes (who provided pairs of their popular Rocky Mountain models), Hammer, ACPE Credit Union, Laramie Wyoming, Cross Country Connection, Wyoming Marathon Races and the U.S. Forest Service. The first-place medals were handmade stain glass medallions; I heard a number of favorable comments about them.

Because I am always on the lookout for ordinary people doing extra ordinary things, I have my story from the Snowy Range Snowshoe Races. Coming in on my final lap, there was a female racer just starting her second lap. I finished in about 67 minutes. This means that her first lap took about that much time, and that she was most likely going to be out there finishing her second loop (in at least that time). 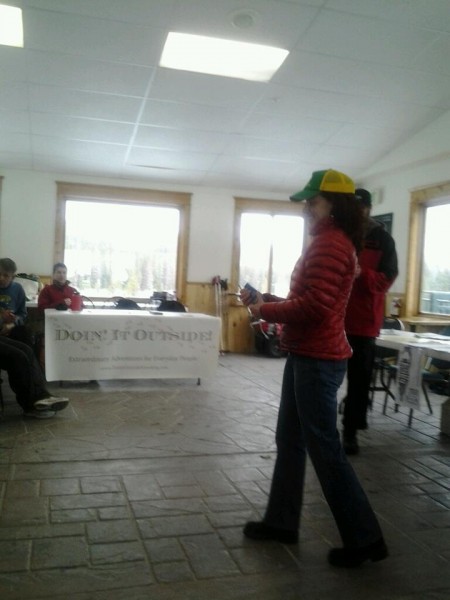 When I saw her she had a smile on her face and by no means did she look like she was not going to finish her second lap. She looked like she was totally enjoying herself. While at the award ceremony in what was a great surprise to us all, she came into the room during the ceremony and received a great round of applause for finishing . . . and, yes, with a huge smile on her face. She is another great example of ordinary people doing extraordinary things along with the mantra (made famous at Leadville): “You are better than you think you are and can do more than you think you can.”

What a great race! Alec was detailed oriented in all aspects of running the Snowy Range Snowshoe Races. He was able to assemble a strong group of volunteers essential in running a top event. Because of the race distances available, there is a race for everyone at any level of fitness. In addition, the atmosphere of the Snowy Range Ski Area was such a nice feeling.”

Hawaiian Shirt Ray (so named because he wears those wildly happy designs to remind him that he is there, racing, to have fun. Great idea, for sure, like when one bonks. He offers enormous amounts of original material for avid athletes. Be sure to check out the exploits of Simon, the ultra dog, too: http://www.hawaiianshirtray.com/