Not only did the 350+ participants in the Jeremy Wright North American Snowshoe Championships have to contend with burning lungs while running at 10,000 feet through McCoy Park in Beaver Creek, Colo., they also had to navigate several inches of fresh snow. But they were racing for a good cause and great prizes, and the wintry weather didn’t dampen spirits or attendance. The sixth annual event was run in honor of Vail athlete and snowshoer, Jeremy Wright, who was killed while serving in Afghanistan.

“The snow felt very light, there wasn’t a lot of traction,” according to Cynthia Lauren Arnold of Glenwood Springs, Colo., who finished second in the 10K women’s division and third overall in the Dogma Athletica Snowshoe Series Cup. “I felt like a sea turtle trying to run through the sand dunes.”

Sunday was the third and final race in the 2011 Beaver Creek Snowshoe Adventure Series, the 12th running of the event. Each event within the series includes the East West Resorts 5K Quest, Dogma Athletica 10K and Kids’ 1K. 2011 marked the first year of the Dogma Athletica Snowshoe Series Cup, with the added cache of cash: $15,000 in prize money for the top overall category racers in all three race events making it the largest snowshoe cash purse in the world. 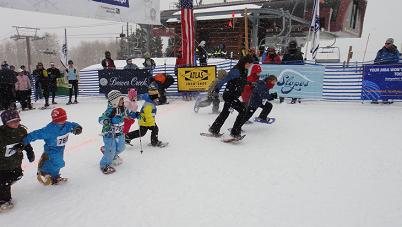 Prizes went to the top five overall competitors for each division, based on lowest combined time in the men’s and women’s East West Resorts 5K Quest and Dogma Athletica 10K divisions. To be in the running for the Dogma Athletica Snowshoe Series Cup, competitors were required to complete all three races of the series in the same division. In each division, the prize money was distributed as follows: 1st- $2,000; 2nd- $1,000; 3rd- $500; 4th- $250; and 5th- $100.

Winding course routes took both the 5k and 10K competitors on a myriad of trails through upper and lower McCoy Park, the Nordic & Snowshoe Trail System at Beaver Creek. Racers competed on wide groomed trails capped with fresh snow and also survived several sections of single track through deep powder. There was 1,560.8 feet of gain and loss in the 10K event, evenly divided between 3.1 miles of climbing and 3.1 miles of descending. The 5K boasted 692 feet of climbing and descending—not a course for those who thrive on the flats.

“I was just passing through for the weekend, and thought what the hell!” says Brendan Trimboli of Boulder, Colo., who competed in the 10K men’s division. “This was only my second snowshoe race, but I had a great time and cannot wait to do it again.”

With a time of 51:36, Josiah Middaugh won the Dogma Athletica 10K and claimed the title of North American Snowshoe Champion. Bernie Boettcher took second for the day with a time of 56:34, and a time of 59:05 put Peter Maskimow in third place. 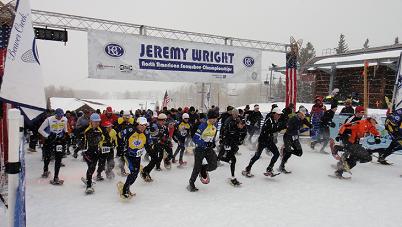 Rachel Viele took first place in the women’s Dogma Athletica 10K division and captured the title of North American Snowshoe Champion with a time of 1:02:11. C. Lauren Arnold crossed the line in second place with a time of 1:03:49, and Brandy Erholtz finished third in 1:06:20.

“The Beaver Creek Snowshoe Adventure series always has good competition with truly inspirational athletes,” says Arnold. “These events are more than a race, they are like mini festivals!”

Travis Macy captured the win in the men’s East West Resorts 5K Quest with a time of 32:55. Brad Zoller finished in second place with 33:59 and third went to John Klish who finished in 36:04.

For the women’s East West Resorts 5K Quest, first place went to Lindsay Krause, who crossed the line in 38:08. Melinda Brant took second place with a time of 40:14, and Vicky Keleske finished in 40:47 for third. 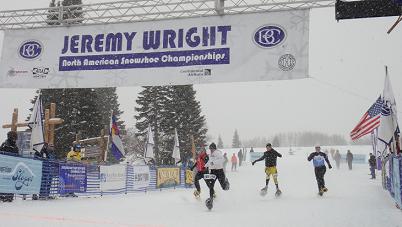 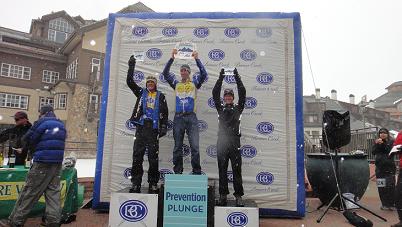