Mendon Hills remains a throwback race with the basics ruling and no frills one of those basics. However, two steps (frills?) were added this year. Can you name them?

We have a wide concept of frills at Snowshoe Magazine so the category can be wide. However, event Race Director, Mort Nace, said, “We are staying a no frills format event for this race. However, we will be using a timing system (!).” What the hey! Next there will be balloons and music!. Nevertheless, a major addition, a new frill (?), is the 5 km citizens’ race, mimicking the USSSA championship format, “for anyone that still wants to try snowshoe racing but doesn’t feel ready enough to run a full 10 km.” Outstanding idea, and a helpful step to grow the sport of snowshoe racing.

In the “old” race, the USSSA 10 km Qualifier, Michelle Weiler sizzled a 53:07 to win the women’s class overall with Jessica Snyder chasing her 42 seconds later for second. Angela Schnuerch won third overall followed by Emily Flagg and Karen Osborn, all under one hour on the course.

Noted that 2010 USSSA Snowshoe Championship’s race director, Chary Griffin, qualified here probably still smiling to herself about the challenge her ski jump hill climb to the finish line created for all — of course, that is the way a championship course is supposed to be.

Over 130 racers finished this tough event with a lot of talent always just ahead — and right behind the snowshoer.

The new 5 km attracted 42 to test the distance with Jeff Walker the only competitor to complete the trek less than thirty minutes (28:43). Each of the two race distances and courses are unique and “mostly groomed,” Mort indicates.

Matt Rudnitsky captured second, only eight seconds in front of Evan Dumrese. Douglas Roode finished in the 31st minute, just in front of the women’s winner, and fifth overall Smantha Garnett. Katina Walker followed in 11th overall and then Val Malia was the third woman finisher in a crowded minute: six finishers came in, including the 2-4 women finishers. 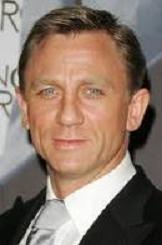 Best finish of the day had to be Carolyn Kriessen finishing her 65+ class as the most senior competitor.

Junior results showed a tight race for the win as Scott Smolensky won with his 23:04 performance, followed by Eric Stahl, and then a minute later, Matt Tarduno.

Winterfest is a large event, attracting over 5,000 to the Mendon Ponds grounds. Winterfest organizer Ken Hann was hoping to create just this kind of a day when he helped established the event 15 years ago. “It’s an enjoyment of the outdoors for families who like being outside,” said Hann. “The idea is to get people excited about winter activities that are educational and fun.” That is exactly what snowshoeing can do for one.

Now a part of the Dion Snowshoe Series, Mendon Hills has the unique website where your moves across the page leave  ‘tracks’ just like the snow, though they disappear quickly.