For any big distance in Midwest snowshoeing, one had to trek to Duluth, Minnesota — until the Northwoods retired at a peak in 2009 and left a void. Stepping in to fill the slot and a convenient southern edge of the Twin Cities metro location, too, is the Winterrific Snowshoe Races and its several choices in the quiet woods next to the hubbub of metro life.

The Murphy-Hanrehan Park, one of the Three Rivers District metro parks, is under known and under utilized, meaning it is just perfect for snowshoers wanting a distance challenge or a comfortable, challenging race on January 22, 2011. The event grew out of the retirement of the Northwoods race director, Barb Van Skike and a little history in local snowshoeing.

A friend of Mike Millong (photo, Mike pointing out the trails) developed the Winterrific Snowshoe races in the 1990’s at the relatively close Hyland Park Reserve, a popular but crowded park catering to an influx of XC skiers. The friend died of ALS, and the name went dormant until revived in 2009 for a test run now at Murphy-Hanrehan. 2010 is the coming out party with three distances for your pleasure: Six mile, ten mile, and the twenty-mile option. 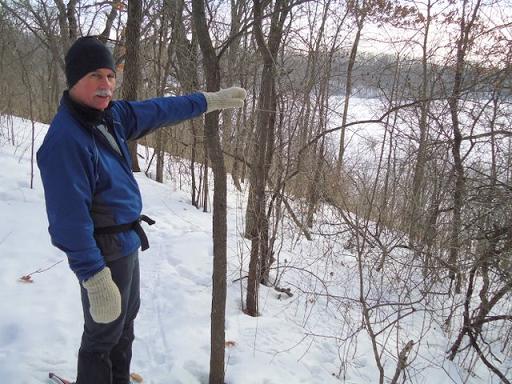 The six has its own course, and the twenty-mile layout is two laps of the ten mile. The Winterrific name is a throw back to the older race, and a tribute to their friend.

I toured the ten-mile loop with Mike and his key help with this race, Larry Ochsendof, (see photo, coming down one of the many slopes) an ultra trail runner who has a Grand Slam victory to his credits. Larry was very kind in offering up reasons why he should go as slow as I needed to complete this run. On this beautiful winter’s day, temperatures were above frigid and the wind was taking a day of rest so the three of us took the tour.

As the sign shows (see photo of the trail layouts), the course makes great use of the terrain, providing benefits to the racers such as seeing other competitors on a parallel trail either above or below. The trails are close to perfect with plenty of snow cover and a single line tracked through them.

On is never too far away from the start and assistance should that be required. A snowshoer on these courses spends 90 per cent of the race in the woods on winding single-track trails, the favorite of most racers. 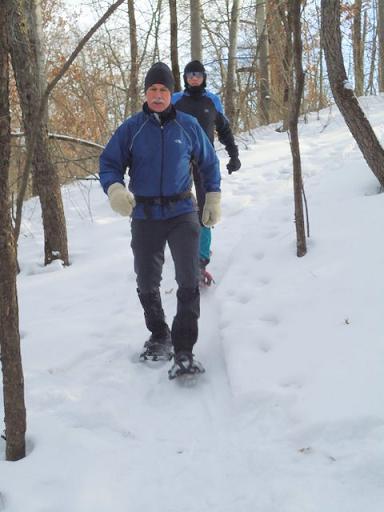 There are no other twenty-mile races in the region so to step up and try it this is the place. A varying and variety of trail twists and turns await competitors at the Saturday, January 22, 2011 event along with the enthusiasm of Mike and Larry.

For a detailed map and entry information, visit the Upper Midwest Trail Runners and click on the Brave Heart Snowshoe Series of which this race is a member. The two distance races shoe off at 9:30, and the six-mile starts at 10:00.

For more information: Go to http://www.uppermidwesttrailrunners.com/braveheart.html

Phillip’s book, HARMONIZING: Keys to Living in the Song of Life is available at Amazon, Lulu, and a host of others. Visit  www.iHarmonizing.com. 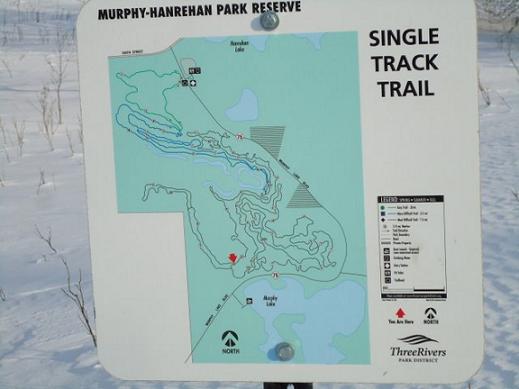