“Holy Smokes, that’s bright!” Those were the first words to come out of my mouth the first time I took the new Petzl Ultra Belt headlamp out for a test run. Well, okay, those weren’t actually the ‘exact’ words I said, but you get the idea.

With the days so short now, being able to see the trails at night is a real challenge. Up until now, I have been wearing a headlamp on my head and another around my waist to be able to see the trail well enough not to take a nasty tumble while trying to maintain speed. It is that much more important when running on technical trails.

The light that is projected from the Petzl Ultra Belt is nothing short of spectacular. The trail lit up as if I was driving a car in the woods. Depth perception was great, as I was able to easily spot rocks and roots that were somewhat hidden under leaves. Trails that I usually have to slow down considerably on, I was able to run at top speed as if it was the middle of the day. And once the winter sets in, the trail will be that much better lit from the reflection off the snow.

The Ultra Belt offers this powerful brightness that is measured at 350 lumens. I’m not exactly sure what a lumen is and how bright it is supposed to be, but with 350 of the little suckers floating around, I was more than able to see anything along the trail that Mother Nature could throw at me. The economy setting emits a beam of light 40 meters, the optimum setting projects a distance of 80 meters and the maximum setting hits a blinding 120 meters.

With all the light that the Ultra Belt casts, I was wondering how often I would have to be pumping batteries into it. However, Petzl has taken care of this by providing a rechargeable battery pack. The battery life between recharges is over 4 hours, 10 hours and 34 hours for the maximum, optimum and economy settings respectively.

I have to admit that the size of the headlamp had me questioning how comfortable the Ultra Belt would be while running, but I was pleasantly surprised that Petzl kept just the bare essentials on the head, keeping the weight to a reasonable 230g. The headlamp is attached to the battery pack that can be easily kept in a pocket or in the Ultra harness. The flexible head mount with foam provides added comfort.

While the Ultra Belt is certainly more expensive than other headlamps on the market, and to be honest, the Petzl Tikka XP and MYO XP (https://www.snowshoemag.com/view_content.cfm?content_id=343) still tend to be my headlamps of choice in most conditions. However, if you are planning an outing on very technical trails, nights with no moon and no snow, then the Ultra Belt is well worth the investment, and will light up the trail like you won’t believe. 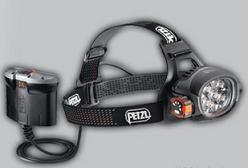 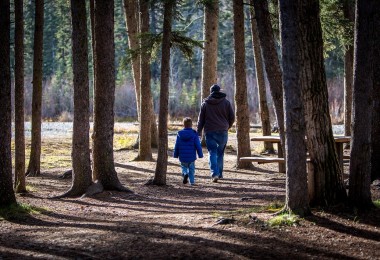 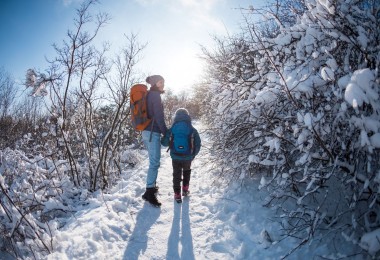