Outdoor sports performance apparel must meet the demands of its athletes and the rigors of Mother Nature.

Enter the Dobson. It is crafted from the XTREMIX™ fabric and is poised to revolutionize the ultimate in lightweight technical garments for cold weather. The fabric was developed by New Zealand-based iRULE [www.irule.co.nz] and Woolyams. The XTREMIX™ fabric includes a touch of nylon and lycra to maximize structural form and recovery. 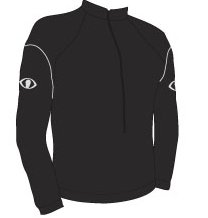 The unique fibers in XTREMIX™ provide:

The Dobson is designed as an expedition garment and has been extensively tested in multi-day adventure races.

The creative technology offered by iRULE combines XTREMIX™ with the soft, light fibers from the Australian Brush Tail Possum. The yarn is surprisingly soft, lightweight, resilient, and warm. The fibers from the possum are hollow and possess minute overlapping scales of varying shapes making the fabric a cross between fleece and cashmere.

Anecdotal information points to its superior resistance to odor; how this occurs is not entirely clear. It is postulated that the scaled surface of the wool fiber provides a poor surface for bacterial growth. The fiber has a high moisture holding capacity (in vapor form), and a hydrophobic surface (water-repellent), which may reduce the amount of moisture available for the bacterial growth. The end result: less bacteria equals less odor.

It appears to be an optimal blend from man and nature. The bottom line: it works.

I wore the Dobson multiple times in various conditions and look forward to testing its mettle during snowshoe outings once winter settles in the Rocky Mountain region.

A five-hour run in 80-degree temps was a plausible way to test its odor resistance quality. Thermal regulation was obviously not an issue but this cold-weather garment passed with minimal stink–a testament to its superior wicking properties. Who trains in wool during the summer anyway–except perhaps for Badwater UltraMarathon entrants?

A three-hour run in a rainstorm was determined an applicable test of its repellent nature. The Dobson became drenched, as did everything else in sight but it quickly dried as the water beaded off its exterior.

Three separate runs at temps hovering near 30 degrees provided incredible warmth and wicking propensity as a stand-alone garment and under a lightweight shell. It is lightweight and breathable.

1) Thermal regulation – Air is a poor conductor of heat. The more air that is trapped within the fiber and the fabric structure the more warmth it will offer under of given set of conditions. The hollow fibers trap more air and provide lightweight insulation.

2) Low propensity to pill – The tested fabrics have shown a measurable inclination not to pill.

3) Moisture vapor transmission – Both possum and XTREMIX™ fibers have a complex structure with a hydrophilic (water holding) interior, known as the cortex, and a hydrophobic (water repelling) exterior known as the cuticle. XTREMIX™ will absorb and evaporate moisture vapor from the body’s micro-climate.

This is a ‘breathable’ fabric touting a relatively low resistance to the transmission of moisture vapor. When you sweat, a breathable fabric increases the time before the sweat condenses to a liquid form, thus increasing comfort. The hydrophobic exterior is a natural repellent but will absorb low quantities of moisture without feeling damp because the fiber buffers the body’s micro-climate in changing conditions.

4) Anti-odor – Odor is stifled even in extreme conditions.

It is advisable to wear a breathable undergarment due to the skin’s sensitivity to wool. DriFit® and Capilene®, for example, are acceptable synthetics to wear under the Dobson, but odor may become an issue as is the case with all poly-based products. A soft base layer is recommended under the Dobson like Swanndri [www.swanndri.co.nz]. Other plausible options may include SmartWool and IceBreaker.

The Dobson is only available in black and silver, with a crisp, stealth European look derived from Kiwi ingenuity. The price is $249. The Dobson is highly recommended for the sport, back country, and recreational snowshoer.

Animal Welfare Disclaimer: The unique possum fiber is obtained from the Brush Tail Possum–an introduced species whose numbers in more than 150 years have reached plague proportions. Its population is now causing serious damage to the ecology of New Zealand’s natural flora and fauna. Native trees, plants, and birds are threatened by extinction because their habitat is being destroyed by the possum. Possum control programs offer the fiber as a by-product and an environmentally-sound garment choice. 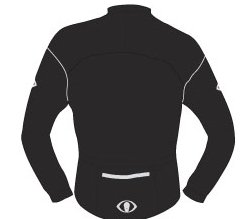