In what is fast becoming a beacon for organized snowshoeing participation in the state of Colorado, the Beaver Creek Snowshoe Adventure Series wrapped up its 2004/2005 season on March 5.

The combination of the spectacular resort, a troop of dedicated and excited hosts, and hundreds of world-class and amateur athletes have firmly entrenched this event as one to anticipate annually in the collective snowshoer’s consciousness.

For the final race, the weather was once again superb for Josiah Middaugh to bolster his reputation as the dominant 10K champ this year, improving to 4-0. His time of 46:39.56 was enough to beat Greg Krause at 47:04.85 who is also a regular at the forefront. For the women, the 10K champ was Anita Ortiz who finished at 56:31.71 ahead of two-time champ Lindsay Krause with a time of 58:11.36.

Headlining the festivities for the finale was a heartfelt tribute to snowshoeing great Jeremy Wright, a serviceman who died in combat earlier this year. As Middaugh approached the finish line he acknowledged the tribute by embracing his family and poignantly stating “we’re all second place to Jeremy today”.

Wright was honored with a moment of silence before the start of the race, the dedication of the race itself to the fallen hero, and a bench designated in remembrance of his ultimate sacrifice. 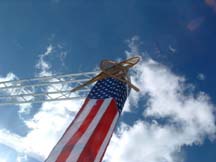 The dedication for Wright is just one example of the togetherness exhibited at the series. What appeals to most about the Beaver Creek Snowshoe Adventure Series is the sense of camaraderie among the participants.

Several racers, including Snowshoemag’s Katie Klehr commented on the unified enthusiasm and jovial atmosphere of the events both during the race and afterward. “ I’ve never laughed so hard while working my butt off at the same time,” joked Katie. “All the snow we had been getting at the time of the (third) race made for a really fun downhill. People were sliding everywhere on the initial descent…people were laughing hysterically and trying their best to stay on their feet. Some people joked that they wished they would have brought a sled to get them down the first part of the race.”

Another draw is the variety of skill level represented in the events. No matter what level of snowshoer you consider yourself or how in (or out) of shape you are, you’re not alone. 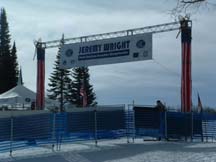 “I didn’t know quite what to expect with the first race and it was definitely a lot more intense than I thought it would be,” added Ms. Klehr. “Not only were there so many seasoned racers, but the difficulty level of the race really kept me on my toes. Granted, there are some intense athletes out there to make records, but there’s also this whole slew of us that, while competitive and athletes in our own right, engaged in these races more for fun and to challenge ourselves.”

The popularity of these events are certainly encouraging, but not necessarily surprising. “We have seen our numbers double over the last three years,” commented Amy Hornyak of Highline Sports and Entertainment. “The continuing popularity of snowshoeing as a sport and the accessibility it offers has greatly contributed to the success of the Beaver Creek series.”

With that kind of optimism, fans and newcomers alike can look forward to the series being around for a long time. “Next year I hope to see our numbers continue to grow,” said Ms. Hornyak. “The first race will be at the base of the Strawberry Park Express Lift with the following three races held at McCoy Park. All the races will be on Sundays at 11 a.m.”

You can find information on upcoming events at: http://www.gohighline.com/bcsnowshoe. 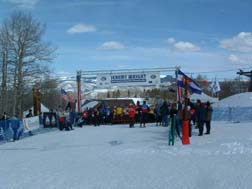